Herbie of the Week: Kasey (She Improved Her Fibromyalgia, Is No-Longer Anemic & Her Mental Health Has Stabilized!)

Meet our Herbie of the Week: Kasey!

In her 20s, Kasey was diagnosed with anemia, fibromyalgia, and psoriatic arthritis. As a result, she was prescribed numerous pills and spent months in physical therapy. At the age of 26, she also found out she had perimenopause, which caused her mental health to deteriorate due to the constant hormonal fluctuation.

Fast forward to 2010, Kasey committed to vegetarianism, and not long after that to a plant-based diet. Since making the switch, her health has improved tremendously! Today she is 25lbs lighter, her psoriatic arthritis has not progressed, and her migraines and fibromyalgia are under control!

Here's Kasey's inspirational story in her own words! 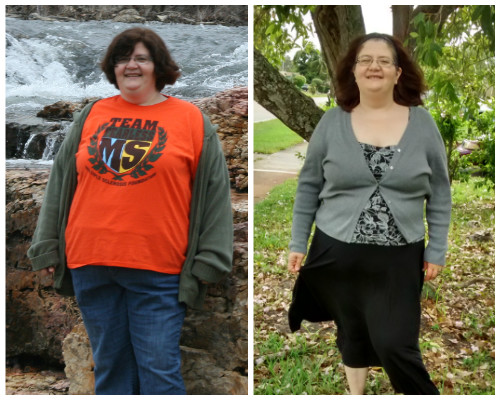 I grew up working in my father's wholesale produce business. One might think this would inspire a love of fresh fruit and vegetables - unless of course one has kids and knows how incredibly contrary they generally are. Until well into adulthood, you could not have paid me to eat a salad.

Despite a decided lack of interest in eating fruits and vegetables, I became a vegetarian at age eight upon realizing that chicken was actually a chicken. For over ten years, I existed as what Dad called "a Frito Lay vegetarian." Indeed, the corn in Fritos was probably the only veg I ate for long periods of time. I survived on buttered noodles, grilled cheese sandwiches, and Whoppers-hold-the-beef. Perhaps once or twice a year, I'd eat tofu - particularly if my vegetarian auntie made it for me.

At age 20, when I received the joyous news that my husband and I were expecting "an inheritance from God" (or as my Gran would say, "our first brat"), I also received the not-so-joyous news that I was severely anemic. In retrospect, this is hardly surprising. But at the time, I didn't know enough about vegetarian nutrition to combat my OB-GYN's firm belief that I had to start eating meat. Because I will not accept blood transfusion on religious principle, my trusted doctor told me he would refuse to treat me unless I adopted a carnistic diet.

The problem was, once the habit of cooking and eating meat began, it was very hard to break. My husband had always been a burgers-and-fries guy. I had concerns about my ability to raise healthy vegetarian children. (Not other people's ability, mind you. Just mine. I wasn't much of a cook at the time.)

Fast-forward six years. After the birth of my second son, I became debilitated with pain and stiffness. After several years of tests upon tests, specialists upon specialists, I was diagnosed with fibromyalgia and psoriatic arthritis. I was prescribed nearly 20 pills a day. I spent months in physical therapy to be able to walk without a cane - at age 26. 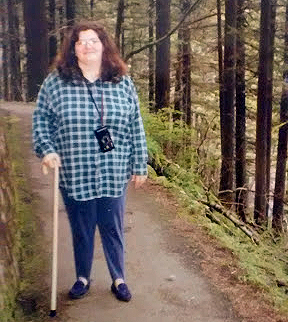 Then my hormonal cycle went wild and I was diagnosed with perimenopause - at age 26. My mental health deteriorated from the strain and from constant hormonal fluctuation. Migraines and other health issues prevented me from being treated, and I again become severely anemic, despite continuing to eat a carnistic diet.

I never suspected a link between the way I was eating and the deterioration in my health. In retrospect, I realized I had experienced symptoms of fibromyalgia and psoriatic arthritis since childhood, but it never occurred to me to wonder what had kept them from becoming as severe as they later became. Now I know better.

In March of 2010, I once again committed to vegetarianism. I didn't have a thought of it affecting my health, or my waistline, or the environment. I just realized that I didn't want animals to die. I've never been comfortable with the idea that any other being should be sacrificed for my benefit. It was only by pushing the thought of what I was eating out of my mind, ignoring it, that I managed to eat meat for the better part of 17 years.

To me, it was simply about empathy. I, personally, empathize with that animal too much to want to eat it. As an adult, and initially for the safety of my child (which was paramount), I learned to push those feelings aside. But that is never a good thing. That sensitivity is a part of who I am and suppressing it makes me a less complete person on the whole. It affects my compassion, my reverence for life, and my sense of wonder at the living world around me. Once my child was safe, I was sacrificing conscience for convenience.

Just a few months after returning to vegetarianism, thanks to some wonderful vegan friends, I learned about the impact of meat and dairy on health, the environment, public safety, and animal welfare. I read Jonathan Safran Foer's "Eating Animals", watched the documentary "Earthlings", and made the commitment to a plant-based/vegan diet. It took me a long time to transition, but I believe in progress, not perfection. 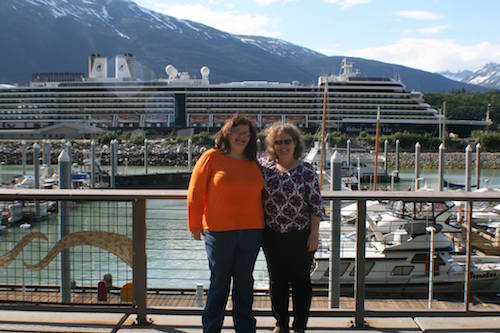 One of the things that slowed my transition was that the cookbooks being recommended to me were so intimidating! Everything had dozens of ingredients, many of which were unfamiliar, and seemingly very exotic flavors. Even as a vegetarian, I'd engaged in a very standard American ay of eating. Then I stumbled across the Happy Herbivore website. Black Bean Burgers? Portobello Steaks? Queso sauce? These were food that I could understand!

At that time, Lindsay's meal plans were offered on a donation basis, and I decided to give it a try. I made a small donation, but the next week when I downloaded, I more than doubled the amount! While I didn't stick with the meal plans after that, I felt the need to show my appreciation for something that in such a short time taught me how to cook and eat plant-based. From that point, I was off and running, and now there is nothing I enjoy more than experimenting with new plant-based recipes or veganizing old favorites. I learned from Happy Herbivore not only that it could be done, but that it could be done in a low fat, healthy way!

I bought the Happy Herbivore Cookbook - and have bought every HH book afterward - knowing that I would find favorite recipes that I would use again and again, but also that they would inspire me to incorporate new ideas in cooking on my own.

Also? Happy Herbivore quest convinced my husband and kids that plant-based 'dairy products' were a thing. It was an absurd idea to them before they gobbled up a double recipe with delight! :-) Now one of my sons is vegan, and my vegetarian son and omnivorous husband only use soy milk and vegan butter.

Today, I have been a contributing writer to This Dish is Veg and a board member for Animal Hero Kids - an amazing national organization educating kids about compassion to all animals. I am a frequent baketivist (although in my case, it's more like a cooktivist, because I'm less likely to bake vegan treats than I am to share a tasty vegan casserole), and an avid recipe veganizer.

Oh, and my health? Getting better every day! Going plant-based resolved my anemia, completely eliminated the symptoms that were misdiagnosed as perimenopause, and made my fibromyalgia and psoriatic arthritis practically asymptomatic most of the time. My mental health stabilized. Migraines became manageable. My energy levels soared (to the point that I actually joined a gym!) As an added bonus, it also improved my hearing impairment.

Thank you so much Kasey for sharing your inspirational story with us!

I think you can see the 25 lbs I've managed to lose under a doctor's care. But like I said, to me, I try not to make weight the metric. My other health conditions are still well-controlled. While I have some pain from the damage psoriatic arthritis has already done, I'm still experiencing no progression. Fibromyalgia and migraines are totally controlled - it's a rare day for me to have symptoms of either now, when it used to be a daily occurrence. My blood levels for iron and the typical nutrients of concern (D, B12) are great. I'm HEALTHY! 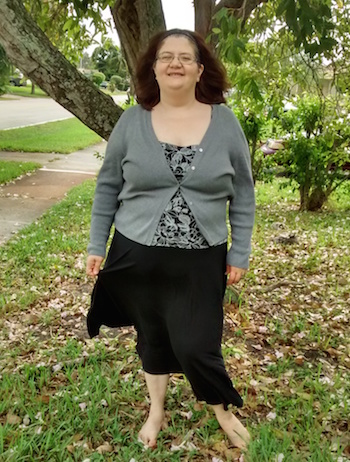