Herbie of the Week: Gina 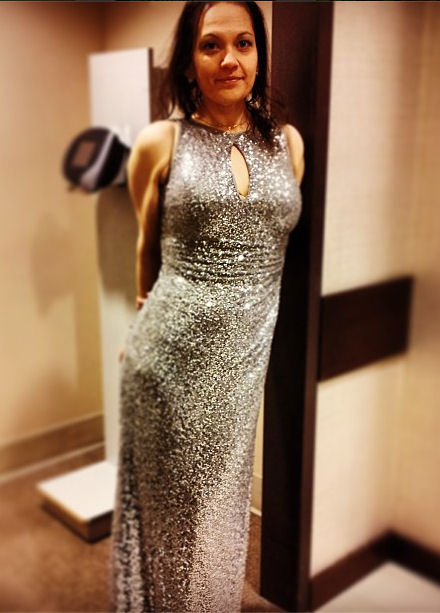 Back in November, Gina posted this beautiful picture of herself on Happy Herbivore's wall with the following caption: 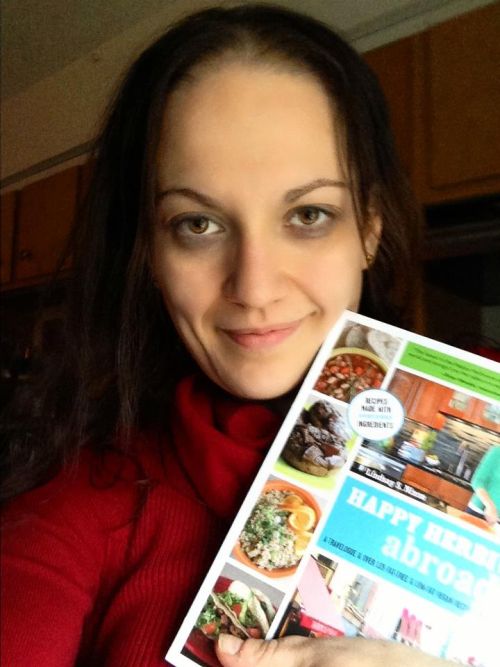 "This time last year, I was telling everyone how thankful I was to have found you; I'd lost 30 lbs. cooking from your cookbooks and blog. Now, a year later, I can say I'm over 130 lbs. lost, due to your methods of cooking delicious food easily and quickly (and especially the meal plans!)! Thank you doesn't seem like enough. Here I am in my kitchen with your newest book, which was an early Christmas gift from my mom! :) And there's a recipe for gluten-free, vegan crepes...it really does feel like Christmas!!! I am one Happy Herbivore!"

As soon as I reposted the pic and quote — Gina was a sensation. Hundreds upon hundreds of Herbies congratulated her and thanked her for being an inspiration. Of course, I knew I had to show her off as Herbie of the Week.

HH: Most of our Herbies of the Week go from your more typical American diet to a plant-based diet but you — you were vegan. Tell us a little about that.

I stopped eating meat when I was 13, for ethical reasons, and became vegan shortly after, at 19 (after reading John Robbins' Diet for a New America).That said, I was not a healthy vegan. I gave up meat, but never really got how to “balance” meals and make them healthy; I ended up living on “side dishes” and if I went out to eat with friends? French fries. Soda. Pasta if I was “lucky.” Bread. So, unlike almost everyone else who goes vegan, I gained weight. A LOT of weight. I never felt like I was a “good” representative of the vegan lifestyle, and for many of my friends, I'm the only vegan they know. Why would anyone else want to follow in my footsteps, when I looked like I did?

HH: Other than the weight, did you have any other health issues?

I had many other “issues” in regards to my health. I had lots of GI problems, and this persistent rash on my fingers that blistered and caused them to crack and become very painful. 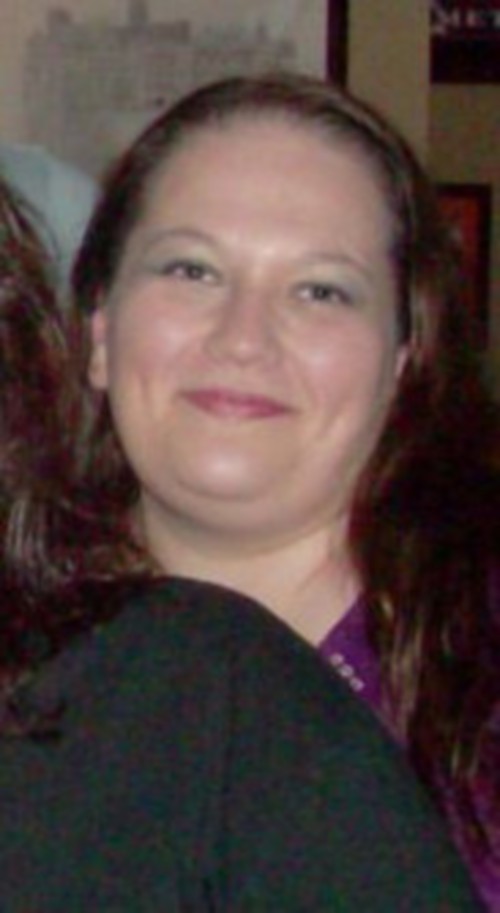 HH: So how did you find your way to a plant-based diet?

It was only in researching this skin issue on the internet (after having gone to a dermatologist, being diagnosed with eczema, handed steroid creams, and being told there was nothing more that could be done except treat it topically), that I stumbled on a site on that showed something that looked remarkably like my rash but called it ”dermatitis herpetiformis.”

Further, the website claimed it was a hallmark of Celiac disease. What?!? I couldn't possibly be allergic to wheat. I live on wheat products. I'm vegan!

I read the list of symptoms and had many of them. I figured I had nothing to lose by trying to give up wheat for a while, to see if anything changed. I don't think it took more than a week for the rash on my fingers to disappear. I couldn't remember a time when I didn't have it, and it was gone. That alone changed everything.

I made the decision to return to college and finish my degree. As you can imagine, I became incredibly busy and often missed lunch. (I do not recommend doing that, but it happens.) I figured if breakfast was the only meal I'd until dinner, I'd better make sure breakfast was something better than a plate of tater tots (Tater tots are vegan and gluten-free!). I started Googling for recipes that were both vegan and gluten-free, and I came across Happy Herbivore.

Some of the first recipes I cooked were from the website, and they're still the ones I recommend to people who are looking to try out plant-based eating: Hippie Loaf, Quiche with Greens, even the Dirty Mashed Potatoes. Because serving sizes were something that always challenged me, too, I loved how Happy Herbivore spelled everything out so easily. I made the recipes, and portioned them out into containers in the fridge so my meals were set to be heated up and eaten in a hurry.

Then I bought your cookbooks and found many, many more new favorite recipes. I think I own literally every vegan cookbook on the market, and they all end up gathering dust on my bookshelf, mainly because the recipes are incredibly complicated.But HH recipes are different. Amazing. Delicious, simple, easy, fast, and healthy. (LEAF!) My M.O. Became this: cook on Sunday, fill the refrigerator, eat from the already-portioned out containers all week long.

HH: Aww, you are too kind! So when did the weight loss start happening?

Before I even knew it, my jeans were getting looser. Then I needed a belt. Then I needed a smaller belt. I dared to step on the scale and was amazed at how much I'd lost. I gave myself a goal, and declared that, when I reached it, I'd start exercising. I met the number just as last summer began and started walking every day. I felt like I'd come out of a fog.I never knew how sick I was, until I wasn't.

Somewhere in there, you started issuing meal plans every week. I started buying them, even though I had the cookbooks, because these were portioned out to mainly single-servings, or two servings. I don't have to do math anymore. You even include GF alternatives for me. I don't even have to think! I just buy what's on the list, and make the meals, and I'm still losing. As I'm typing this. I've lost 133 lbs., and I'm only about 10 lbs. from what I think is my end goal.

If someone had told me, even a year ago, that I would be buying jeans in a SIZE 4,  I would have laughed — but that totally just happened. And it would never, ever have happened on my own, without you! You have honestly changed my entire way of life. I can now say I AM a good example of a vegan. I post pictures of the meals I cook, and, in fact, many of my friends are asking about what I'm doing. (I always direct them right to you!)

I hope you know what a huge difference what you do makes in the lives of others. You have literally changed my life! (And now, you have given me crepes and anise cookies and so many other new things I cannot WAIT to try.) THANK YOU!!!

HH: No thank YOU, Gina, for sharing your story and being such an inspiration to all of us!