I have OCD (and I moved to Lake Tahoe) 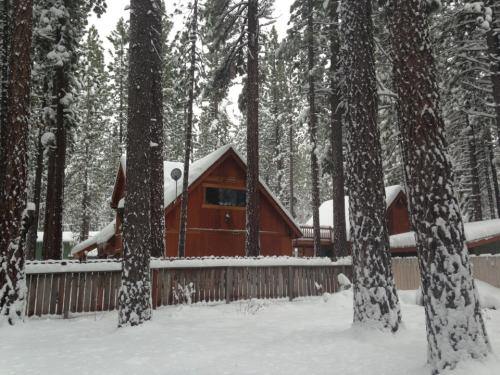 Remember when Scott & I visited Lake Tahoe in September? (See A Vegan Taste of Tahoe part 1 and part 2) 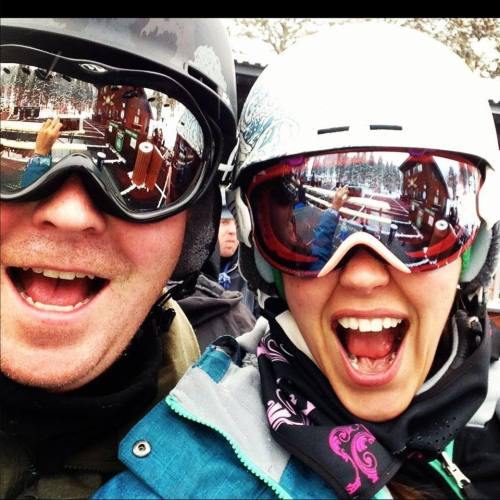 We fell in love. Well, we knew we would. We went up there for a birthday "getaway" and to check out the area --- see if it was somewhere we wanted to live for the winter.

Los Angeles has a lot to offer but it isn't exactly the place you want to live when your world revolves around snowboarding.

So, two weeks ago, we moved to Lake Tahoe :)

One thing I love about being a minimalist? I was able to pack up what we needed in a few hours on Friday night (I'm a terrible procrastinator) and unpack all of it within an hour or so when we got to Tahoe.

We tend to rent furnished places so all we have to do is pack our computers, clothes, my cooking stuff and my spices. Oh, and the pugs. Can't forget them! (Not that they'd let us!! They actually sit in my suitcase as I pack it!)

I unpacked my spices first. It's all about priorities!

So we're in Tahoe and loving it. We hit the slopes first thing Sunday morning (again, priorities) and it's been hard to remind myself that I have to do work, too. Why can't someone pay me to snowboard already ;)

Speaking of work: I'm just finishing up the manuscript for my fourth cookbook (due out December 2013!). So enjoy Happy Herbivore Abroad for now -- she has a sibling on the way!

Once I turn my manuscript in to my publisher on New Years I'm taking a long hiatus. 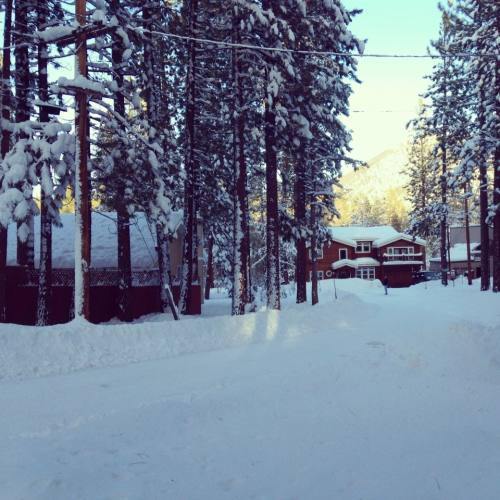 For the past five years I haven't really had a day off. I've worked and worked and worked some more. (I wrote about this in greater detail in my post, Minimalist Monday: Learning to Say No). Even when I went to Europe last year for a month, it wasn't really a "vacation" because I was busy researching for Abroad.

The workaholic lifestyle has certainly benefited me -- I cannot deny that. I constantly look around and am amazed (though humbled) by my success and what I have achieved.

Though for someone who has OCD (and I have OCD) this can become very problematic.

I used to have a lot of stress and anxiety all the time. I was constantly scared and worried about Happy Herbivore and if, god forbid, I forgot to post something on Facebook. Or if I missed an email or tweet. I had really wound myself up about it. I was checking my rank on Amazon hourly. I was micromanaging everyone who worked with me.

It was getting worse by the day. My obsession was taking me over. I was always angry and on edge. I would scream if Scott dared pry my phone or laptop out of my hand.

I was worried if I took a break - even a moment away -- that everything I had worked so hard for -- everything I had built up -- would unravel. That it would all be lost and I'd be back at square one.

I was going insane. That much is clear.

So that's when I started talking to someone. Right off the bat my doctor diagnosed me with OCD. I thought, "OCD? WHAT? Isn't that, like, people who wash their hands 100x?

It is, but I had OCD too. It just showed itself in a non-hand washing kind of way.

My therapy? I started taking breaks. It was killing me at first but when I would go a day without checking my email, only to realize everything was just as I had left it, I felt better.

Then I went to Finland for the release of EHH in Finnish (leaving Happy Herbivore in capable hands) and was so happy to see she was still there in all her glory when I came back.

I started to accept that I, too, could have the balance I'm always preaching to others. (Those that can't do, teach, right?).

Between learning to say no, and being able to take a break without hyperventilating, I made a grand resolution to take a real break.Have myself a happy vacation. In LA, they call this a hiatus.

So what does the hiatus mean for me, you and Happy Herbivore?

It means I won't be traveling to any conferences or book signings, at least not for the next three months** and I'll be (politely) declining radio interviews and the like. (Please come back in April).

Happy Herbivore will still be here -- I'll still be posting blog posts and I'll be active on Facebook and Twitter -- though I may be a bit slower in response time. I'll also be checking my email with less frequency. You'll get an email response - promise! Just not instantly :)

The meal plans will still be released each week too -- so no worries there!

Maybe you won't even notice a change -- but I sure hope I will.

I'm here to enjoy Tahoe, breath and find a balance. Living with OCD is all about finding that balance.

[Editorial note: After writing this blog post I found this comic by The Oatmeal then shot both fists in the air saying, SOMEONE UNDERSTANDS ME! As a warning, it is a tad graphic with adult language, but, oh, how I love The Oatmeal, and my best friend who introduced us].

** I did make some commitments before deciding to take a hiatus and will be honoring those. As such, I'll be in the Bay Area Jan 5 and Marshall, Texas Jan 11-13.