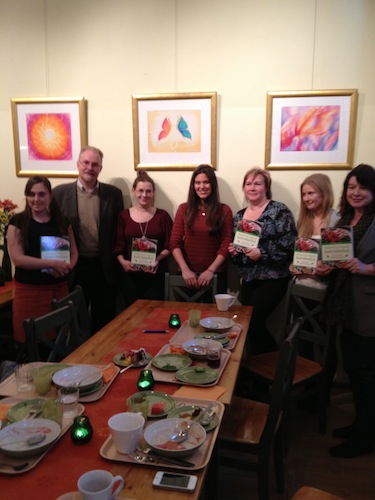 A few weeks ago, I was in Finland for the Helsinki Book Fair, where the Finnish version of Everyday Happy Herbivore was released. 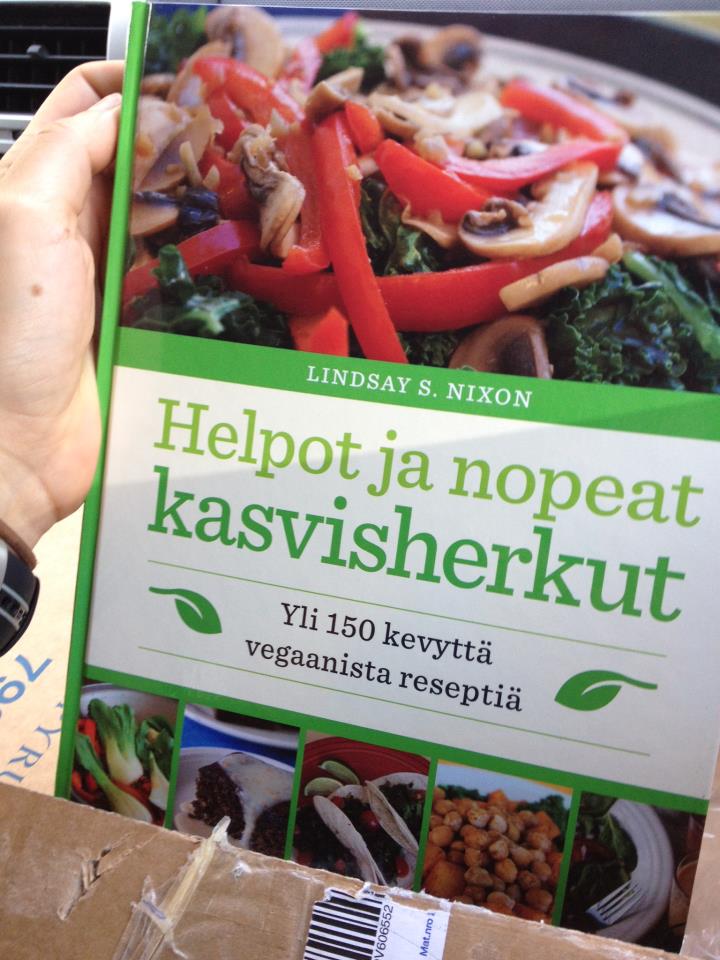 On Friday, I attended a vegan breakfast at Silvoplee (a play on the French, s'il vous plait) with Finnish food bloggers. Silvoplee is a popular vegetarian restaurant in Helsinki and they created a special vegan breakfast spread for our meeting. It was so wonderful meeting them and having a chance to talk with them about bloggin' and food... and that awkward moment when you're the only one in the restaurant taking a picture of your food ;) Except on that morning, we were all doing it — so we were the majority! Heh. 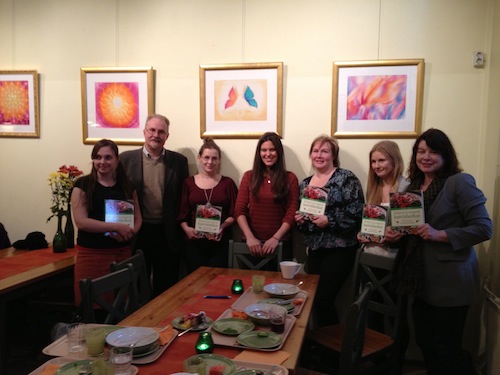 (One of the bloggers, Satu, also wrote about our meeting and my demo on her blog, kamomillankonditoria (it's in English and Finnish!)

We had raw porridge (made from buckwheat) with various toppings. I had to try them all, so I swirled in the avocado-strawberry, the date paste, and the cashew cream. It was delicious. They also served up fresh fruit and these cute baby veggie sandwiches. I could have gobbled up three or four of those. 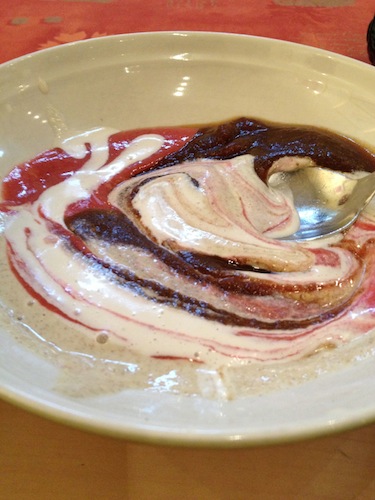 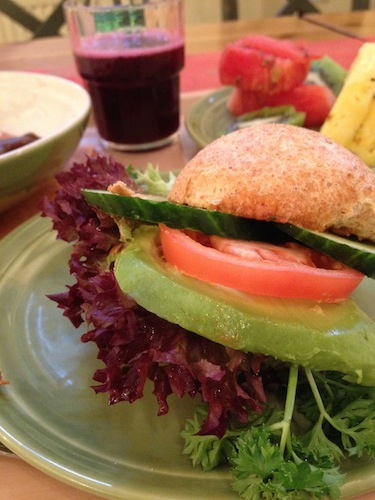 On Saturday and Sunday, I was interviewed by the star of the Finnish version of MTV3's You Are What You Eat (who happens to be a vegetarian!). 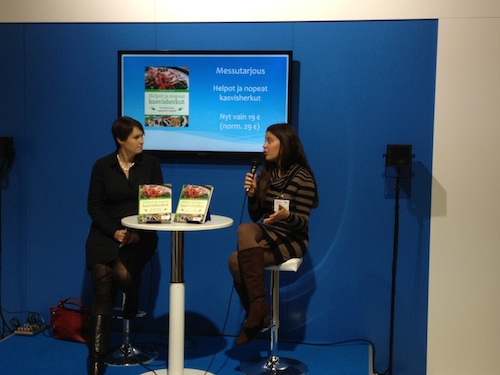 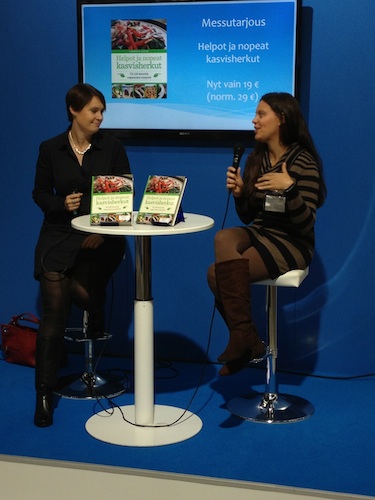 I also finally met my wonderful Finnish translator, who worked so closely with me in translating the book. 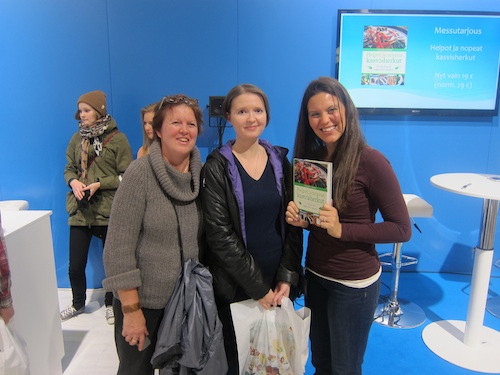 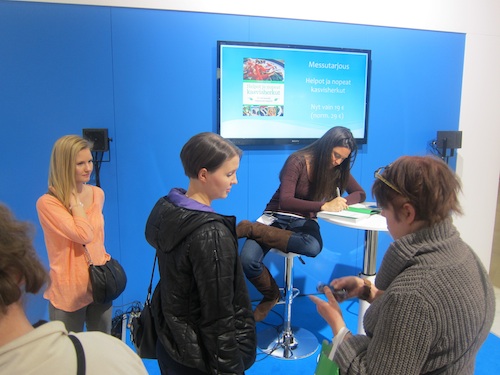 On Saturday, I also did a live food demo at the fair. I made the Minestrone Soup from Everyday Happy Herbivore, and it was a hit!  I think it helped that my translator (a chef) was a hunk! We ran out of samples but everyone loved my soup! 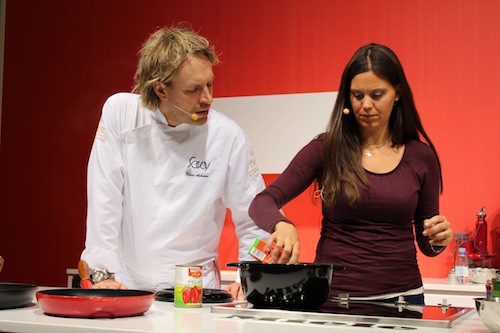 Want more food? Stay tuned. "A Vegan Taste of Helsinki" will be up soon!