A Vegan Taste of Tahoe

Scott, the pugs & I traveled from LA to Tahoe for the weekend for a mini 'vacation'. It's far more beautiful (and blue!) than I ever imagined but I've also been pleasantly surprised how vegan-friendly South Tahoe is too! 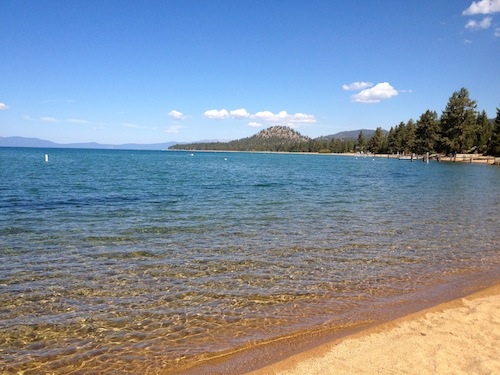 We've only been here a day so far, but check out these vegan eats!

First, I popped on to happycow, where I learned about Simple Bliss Vegan Cafe, the first all-vegan restaurant in South Tahoe (or so I read online).

I ordered a vegetable (no tofu) scramble that came with sprouted wheat bread which was good but Scott's French toast was exceptional! They must dip the bread into some kind of apple-banana mixture because it had a delicate, light, natural sweetness. It didn't even need the butter or maple it was served with! 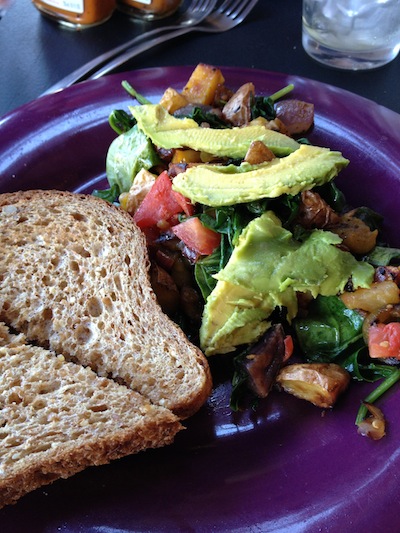 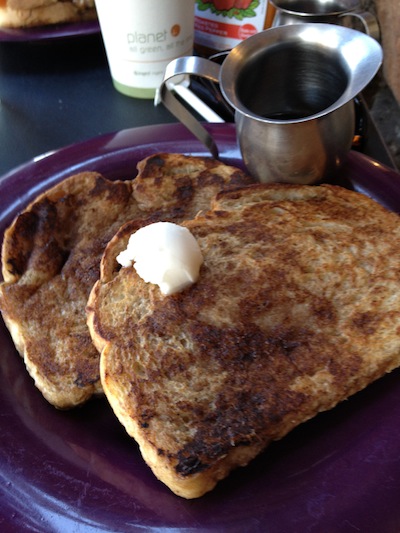 They also had chalk tables which I LOVED and Scott just had to scratch out "Happy Herbivore was here" ;) 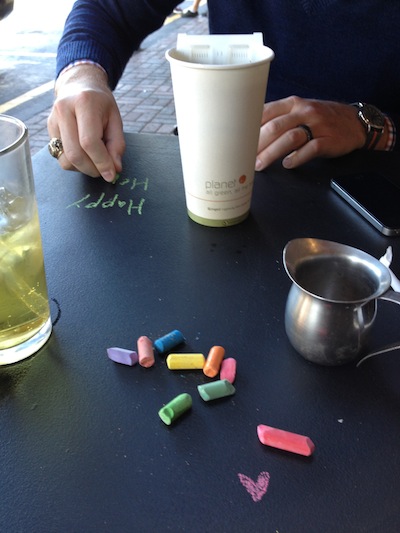 An hour or so later a Herbie suggested Sprouts to us via Twitter so we went there for lunch. I ordered the Hummus Melt which is basically a toasted bagel with avocado (they really love their avo in California!) homemade hummus, red onion, tomato, green onions and something was sprinkled on top -- I'm thinking mild curry powder and garlic salt. 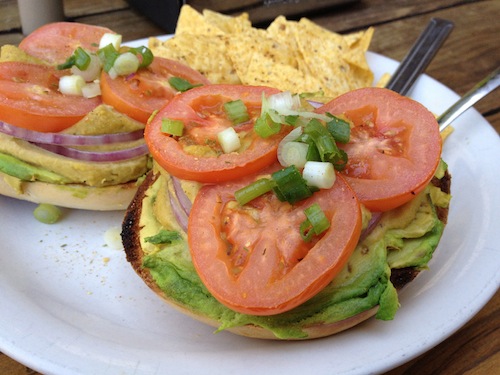 and Scott ordered the Tofu Bowl (made vegan) as suggested by my twitter friend and it was *exceptional* -- but I forgot to photo it. Oops. (Scott hates that I make him wait to eat so I can take a picture of his food, by the way. LOL).

Finally, the sun over the lake! 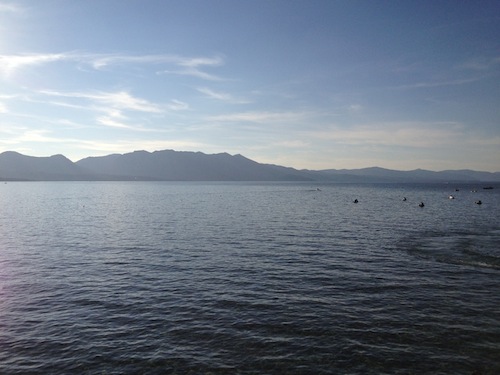 We're in Tahoe through Monday and just love it up here.