A Vegan Taste of Tahoe (Part 2) 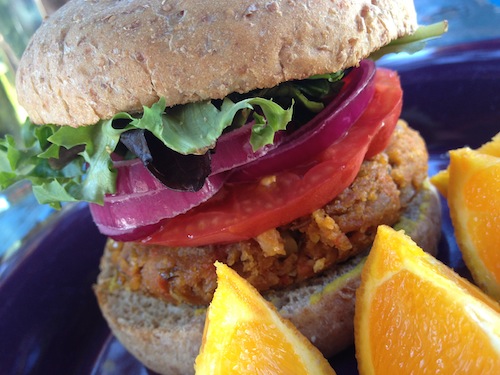 Scott, the pugs, and I took a trip to Tahoe last weekend, and this is part 2 of the picture show.

After my first blog post, a Herbie sent me a message saying Lake Tahoe Pizza Company had vegan pizza and it was not to be missed. Since Scott LOVES pizza, we went. Not only did they have several vegetable-vegan pizza options, they had an awesome salad bar that I went to town on. 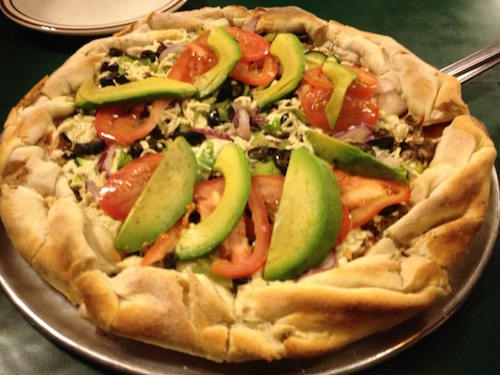 Scott ordered the veggie pizza. (They also have whole-wheat and corn-based crusts!) 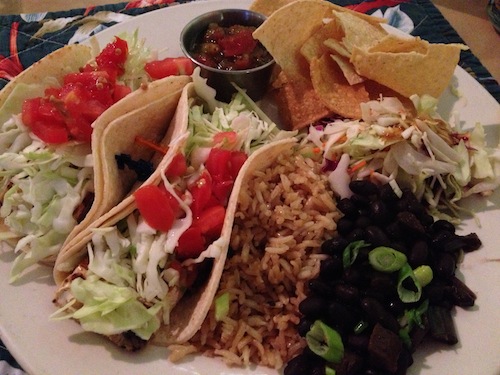 The next day we stopped at Freshies, which was recommended to us by several locals. Pictured is the Grilled Tempeh Tacos. They also had tofu and portobello tacos and many other veg options. These tacos were HOT but delicious.

We also went back to Simple Bliss and tried the lentil burger.

Our realtor suggested we try State Line Brewery, which turned out to have a great vegan menu. I tried their vegan "surf and turf" salad that was exceptional. The brewery also had chili-lime edamame that I'm still dreaming about. Unfortunately, it was so dark that my pictures did not come out :( 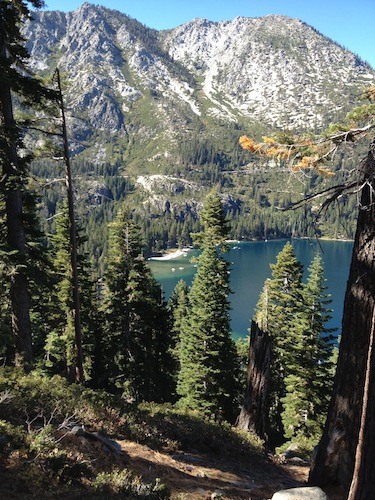 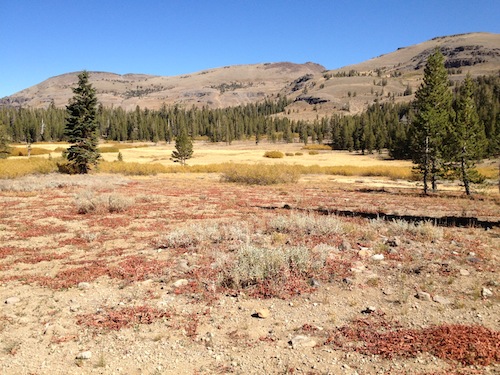 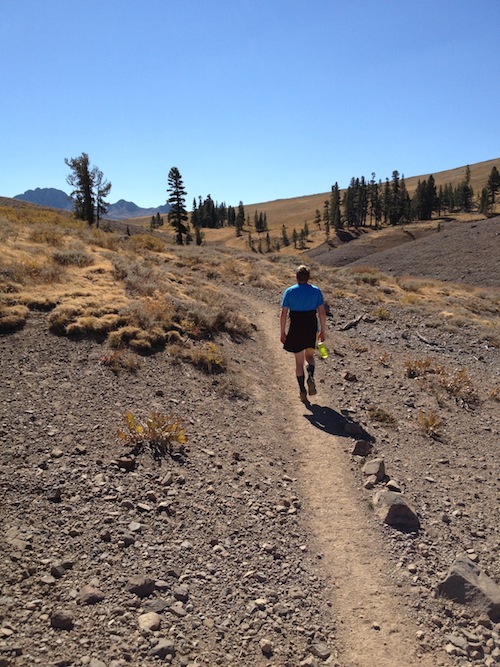 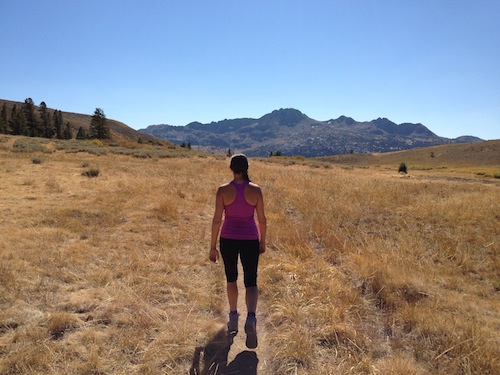 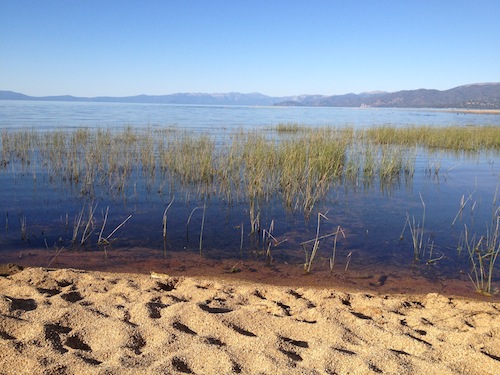