What is Quinoa? (video) 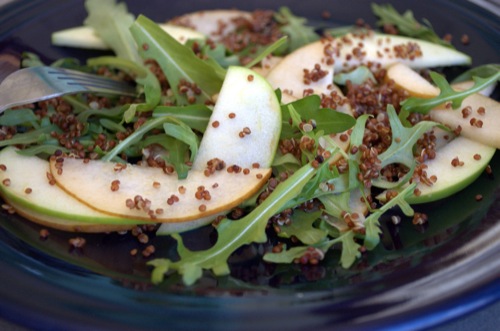 Quinoa(pronounced "keen-wah") is an ancient grain, once cherished by the Aztecs. (Technically, it’s a pseudo-cereal, but its most often used and lumped with grains). It’s also wheat-free, gluten-free and 100% whole grain goodness.

Quinoa has a nutty taste, cooks fast (making it a perfect alternative to brown rice when you’re in a hurry) and it’s a complete protein, meaning it has all those important amino acids. (It’s also a good source of calcium, iron and magnesium -- what a superhero!)

Quinoa also comes in a few different colors --- white being the most available, but you can sometimes find red or black.

Most U.S. brands of quinoa come pre-rinsed, but if yours doesn’t (it’ll have a chalky coating), you’ll need to rinse it off under cool water before cooking. (p.s. Quinoa from a bulk bin should always be rinsed.)

To cook: Add 1 cup water for every ½ cup quinoa. Bring to a boil, cover and simmer on low heat until all the water has evaporated, about 15 minutes.