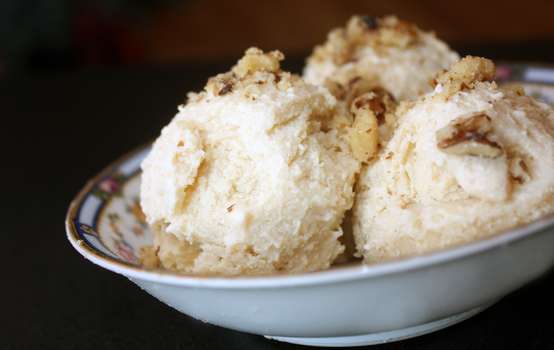 Get ready to jump up and down with this recipe -- it's a decadent and creamy vegan ice cream that's practically instant to make. And did I mention it was also raw? Ugh, yeah, it's love. 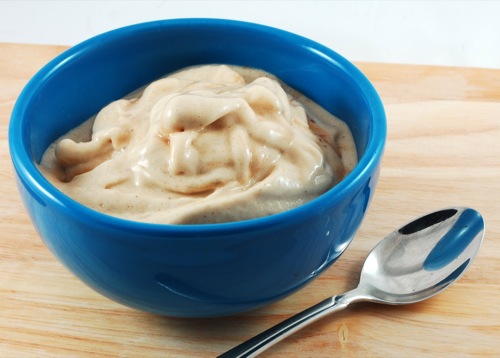 Now, don't get me wrong, I still love this tofu ice cream recipe. In fact, one of the first variations I tried with it was a banana ice cream (my Dad's idea, actually). I slipped in a little cinnamon, maple syrup and vanilla with a banana and the tofu and yum! It was pure heaven.

Since then I've been meaning to try making an instant raw banana pudding. I thought perfectly ripe bananas slung through my food processor would make a wonderful "pudding," or maybe bananas blended with a little tofu... (I still need to try both of these ideas out, actually). The problem is waiting for the bananas to get just ripe enough.

You see, I live with a money. No, not a real monkey---just someone who is bananas for bananas. No sooner do I buy a bunch of bananas, they're all eaten. Sometimes two at a time (ugh hem, Scott).

During raw week I found some bananas that were mostly brown at the store and bought them thinking they'd be the perfect solution to my... dilemma. Sadly, when I peeled one I discovered the insides were just too mushy for a pudding so they went into the freezer.

A few days later I felt a little ambitious and decided to try to make a "cold pudding." Well, I definitely didn't get my pudding but what I DID get is a rich and creamy mixture that looks, tastes, smells and *feels* like ice cream when you eat it. I'm not just talking about any ol' ice cream either... this stuff is a total replication of the naughty ice cream you typically only find on a marble slab. Yeah! It's that amazing!

Needless to say I was so excited about this recipe that I immediately emailed my friend Nick (who always has a small island's worth of bananas in his freezer) when he replies back to me "oh I do a recipe just like that all the time, except with cocoa." COCOA? Why did he just change my life? Yum! It's even better with a little cocoa slipped in!!

FYI I want to try this recipe with the spicing used in my fat-free eggnog recipe next! If you beat me to it, let me know! 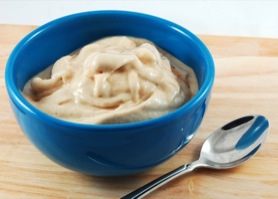 It's incredible how much this tastes like ice cream. It's so rich and creamy plus the vanilla and cinnamon compliment the banana's unique taste perfectly.

Place all ingredients together in a food processor and allow the motor to run until it's smooth and creamy. Stop and break up large clumps with a spatula as needed.