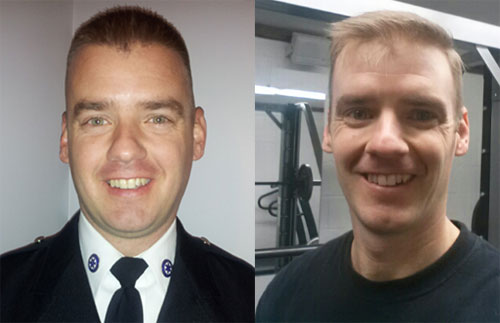 Meet our Herbie of the Week: Jim G!

For more than 20 years, Jim struggled with high cholesterol, high blood pressure and migraines -- which resulted in him taking 6 pills A DAY.

Finally, in 2013, his migraines became so unbearable, that his wife suggested he try a vegan diet. At first the firefighter didn't like the idea, but ultimately decided to give it a try.

Within 5 weeks his cholesterol dropped more than 50 points, was taken off one of his medications, AND lowered his blood pressure!

But that's not all! Read Jim's entire story to see what else happened!

I have always been what most people would look at and consider healthy. I am 6 feet tall and generally right around 200 pounds. Being a firefighter and paramedic, I have always tried to stay in shape by doing some cardio and lifting weights off and on. I have also always tried to eat “healthy.” Although my outward appearance was generally showing one thing, my health has always been an issue.

At the age of 18, I was diagnosed with high blood pressure. There is extensive family history, and so I was just next in line to get this diagnosis. I was in good shape back then as I was just getting out of high school playing sports and working out all the time. In fact, the reason I went to the doctor in the first place was to get a sports physical so I could play football in college. My diet was never even thought of as a reason for the high blood pressure. I started taking medications for the high blood pressure and after trial and error of several different meds, we found one that somewhat controlled my pressure, keeping it around 140/90. That is not even a good pressure, but it is what we could get.

Over the next 21 years I would go through several tests trying to figure out a cause of my high blood pressure. All tests have been negative for any problems. It was just assumed that I have high blood pressure because of family history. Over this same amount of time, more medications were added and I was up to taking 3 medications for my blood pressure every day. One of those meds I had to take twice a day. Even taking 4 pills a day for the blood pressure, 140/90 was about as good as it got.

Another medical condition I developed over the years was high cholesterol. Now, as I said before, I have always tried to eat what I thought was healthy. I ate lean meats, chicken, or fish along with a serving of vegetables and rice or something similar. Of course much of the food I was eating was processed or had added fats that I didn’t really pay attention to. Also, as I have now learned, even though I thought the lean meats and chicken were healthy, they truly are not. My cholesterol hovered near 200 and I was put on a medicine to control it. So now I was up to 4 different medications every day and 5 pills total.

As if those two things were not bad enough, the thing that bothered me the most were the migraine headaches I would get. The headaches started out very infrequently. I would get one every few months and it would last a couple days. I could take an over the counter medicine and it would be controlled for those couple of days. They were bad, but nothing I couldn’t deal with. These headaches, like everything else, progressed into something worse. I began getting them more and more frequently to the point that I would get them at least once a month. The headaches would last for 3 days every time, and no pain medicine would make them go away. I tried several different very strong prescription pain meds and I would get no relief from any of them. I went to a neurosurgeon who put me on an anti seizure medicine that has been shown to stop migraines. Now I was up to 5 different meds every day and 6 pills total.

In order to control the migraines I knew it was time to change my diet along with the new medicine I was taking. It was September of 2013 and my weight had also climbed to 220 pounds. This was the heaviest I have ever been. I know for some people that weight may not seem like a lot, but for me it was and I could feel it. I researched several different migraine diets and started eliminating things like MSG and more processed foods. I was still eating meat, dairy and cheese because I thought it was OK. I never even considered eating vegan at this point. I did start losing weight which was good, but my blood pressure and even worse the migraines were still there. I was at a point where I could not tolerate the migraines any more. They were that bad!! 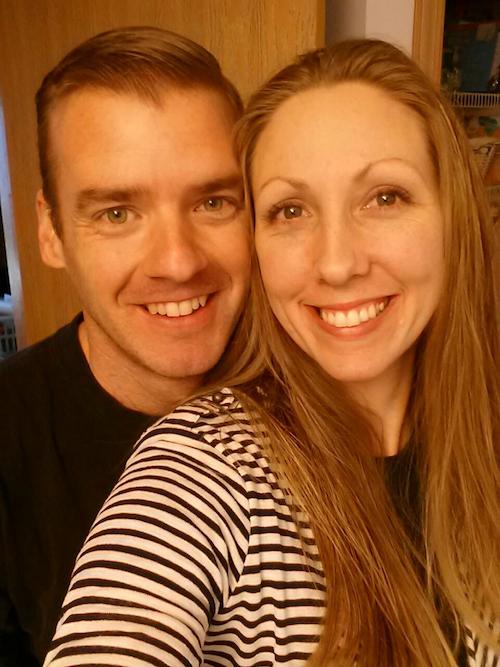 In January my wife brought up the idea of eating vegan. My immediate reaction, like everybody else’s that I talk to was: "I can’t do that." I work in a firehouse where we all eat together and meat is always on the menu. Where would I get my protein??? All the things I get asked all the time by my meat eating friends ran through my mind as well, but I was willing to try anything to get rid of the migraines!

We sat down together and watched “Forks over Knives”, “Food Inc.” and a couple other documentaries and we were sold. We also bought the “Engine 2 Diet” book and read that. It suited us well because we're both firefighters. It also gave us something to follow. We started out by trying to do a 28 day challenge and just see how we felt. After a week of eating a whole-food, plant-based diet we knew this was not going to be the challenge we thought it would be. By looking at websites such as happyherbivore.com, we have found many delicious recipes that we can use. Our plates were colorful and very tasty!! We ate more vegetables in the first week than we did over the last year. We also started bringing our own food to the firehouse and eating on our own. Of course we got lots of ribbing from the guys, but it was a decision we made to get healthy.

After 5 weeks of eating vegan with no added oils (plant based, whole-foods) we decided to go get our blood work done. My cholesterol dropped to 146 in 5 weeks!!! With that number I was taken off my cholesterol medicine. One pill off the list! My blood pressure, which has never really been controlled, was 90/60 while in the doctor’s office. That was just unbelievable to me. I have struggled with high blood pressure for 21 years and diet was never really even mentioned to me as a possible cause because I was “healthy.” After only 5 weeks on a whole foods, plant-based diet my pressure was too low! Immediately I was taken off one med and one of the others was knocked down to once a day. One and a half more pills off the list! And 3 weeks after that initial doctors visit my pressure was still remaining low so my doctor stopped one more of the blood pressure meds so now I am at one a day for that.

Now if all that isn’t enough good news, I have not had a migraine headache since I began eating vegan. When I started eating vegan I stopped the migraine/seizure medicine to see if diet alone could stop me from getting them, and it has. Thirteen weeks without a migraine for me is beyond amazing and has made me a believer in food as a medicine.

If you are keeping count, before I went vegan I was taking a total of 6 pills a day for various problems. Today I am only taking 1 very low dose water pill for my blood pressure. It is only a matter of time before that one goes away too. My weight today is also down to 178 pounds from the high of 220. My wife has also lost 14 pounds since we started and is lighter and healthier now than she has been since we have been together.

This year we will have been together for 21 years, and no, she is not the reason for my high blood pressure. Our energy levels are much better and working out has been much easier as well. In fact I just ran 10 miles a couple days ago. It is the farthest I have ever run and it felt great!

Our kids (ages 12 and 13) are eating more of a vegetarian diet, but they are slowly coming on board with us. Guys in the firehouse are amazed at our results, and some have thought about trying to eat vegan as well. My sister in law and her husband have started eating vegan and have both lost some weight in their 2 weeks and are motivated to continue and get healthy. Every time you eat food you are either feeding disease or fighting it. With a plant-based whole foods diet we have chosen to fight it, and we are most definitely winning!

Thank you so much Jim for sharing your amazing story with us!