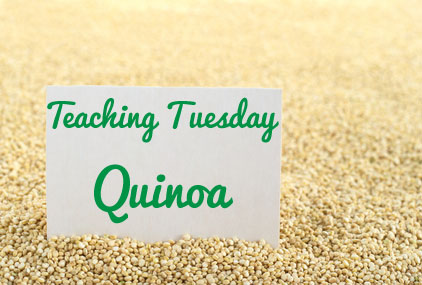 This week's Teaching Tuesday is about a certain pseudo-cereal with a very unique spelling: quinoa (pronounced "keen-wah").

Sure, the seed may be small, but there's actually a lot you may not know about it!

As I mentioned above, quinoa isn't a grain! It's actually classified as a "pseudo-cereal" because we eat it like other cereal grasses (i.e. oats and barley). It's also gluten-free!

Quinoa belongs to the same family as spinach and beets.

Quinoa has a nutty taste, cooks fast (making it a perfect alternative to brown rice when you’re in a hurry) and it’s a complete protein, meaning it has all those important amino acids. (It’s also a good source of calcium, iron and magnesium -- what a superhero!)

This is what a quinoa plant actually looks like: 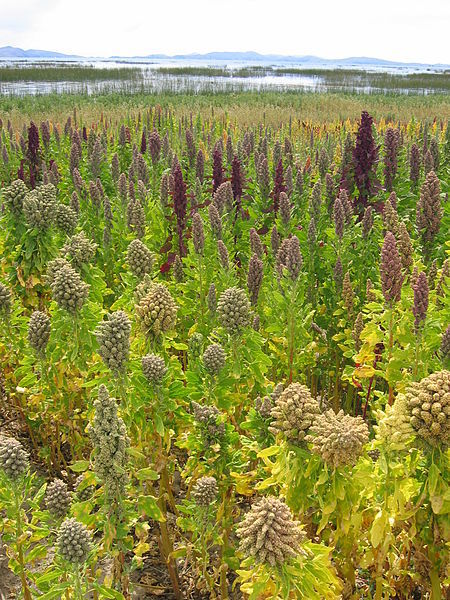 The part you eat is actually the seed. And the "tail"? That's the germ of the seed!

Quinoa is available in different colors/varieties:

You should rinse your quinoa before cooking it. The seeds are covered with a natural bitter coating of saponins, which dissolves after being rinsed. Some brands of quinoa will say pre-rinsed on the package, but don't assume it's already been done.

Now that you know the basics, here are some ideas on how to incorporate quinoa into your life:

We also feature quinoa dishes frequently on the meal plans!