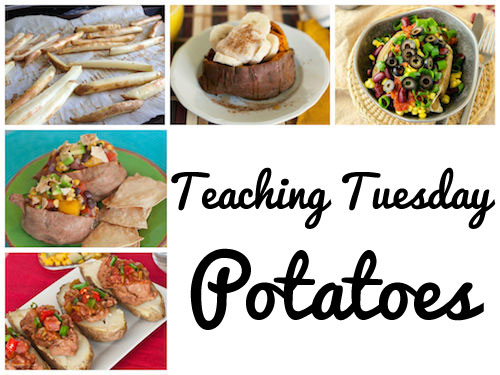 In celebration of St. Patrick's Day, this week's Teaching Tuesday is all about potatoes! (I didn't want sweet potatoes to feel left out, so they're included too!)

I will never understand why people forsake the potato. No, a potato isn't "fattening" — it's a vegetable! The "problem" is the company Mr. Potato sometimes hangs around with. It's not the potato in the french fry that's fattening, it's the oil the potato was fried in and is dripping with. It's not the baked potato that's unhealthy, it's the bacon, cheese and sour cream plopped on top of it.

-There are about 5000 varieties of potatoes worldwide.

-The potato was first domesticated in what is now modern day Peru between 8000 and 5000 BC.

-Sweet potatoes come in a variety of colors including white, orange and purple.

Somehow potatoes got a reputation for having zero nutrition — when they're actually overloaded with nutrients! In fact, potatoes have more potassium than a banana! 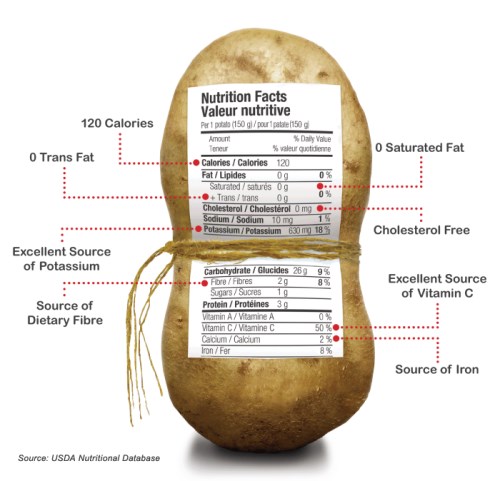 As for the sweet potato, they're also rich in vitamins and nutrients, including beta carotene, Vitamin A, Vitamin C, and fiber. 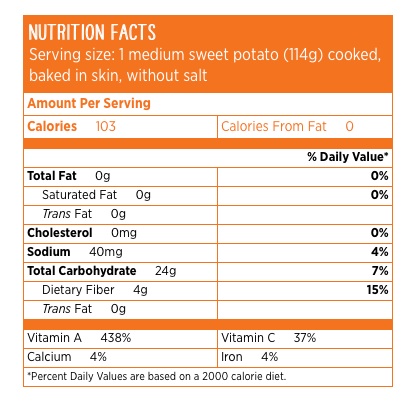 Ways to Eat a Potato or Sweet Potato

When it comes to eating a potato and/or sweet potato, the possibilities are endless. You can eat it at any time of the day (the Sweet Potato Sundae is a popular breakfast on the meal plans!), and with a few toppings, you can have an easy and quick meal.

If you're looking for new ways to spice up your spud, here are a few ideas:

Fries: Have you tried the baked fries in HHA (p. 70)? You can also take your cooked potatoes, slice them up, and put them under the broiler for a few minutes. Try adding different spices like curry, chili and cajun seasoning. I also like adding nutmeg, cinnamon or garam masala to sweet potato fries!

Chips: If you're looking for an easy snack, Sweet Potato Chips (HHLL, p. 205) are where it's at. All you need is a single sweet potato!

Chili-Stuffed Potatoes: This is a popular easy weeknight dish on our meal plans. Load up a baked potato or baked sweet potato with a vegetarian chili or leftover bean-based soup. When football season returns, try making the Game Day Loaded Potato (HHLL, p. 196). 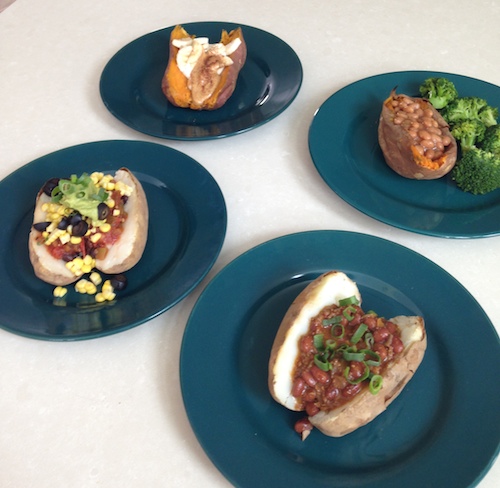 Potato Pizza: My friend Natala turned me on to potato pizzas! It really scratches that pizza itch! Top your baked potato with all your favorite plant-based toppings like marinara sauce, mushrooms, spinach, fresh basil, sliced black olives, and a sprinkle of nutritional yeast or vegan parm or the pizza cheese sauce in HHC (p. 242). Bake for 10 minutes at 400F.

Deviled "Eggs": These are guaranteed to be a hit at any gathering!

Sweet Potato Ice Cream: Yes, believe it or not, the sweet potato can be made into a dessert. See the recipe in HHLL (p. 236)!

What's your favorite way to eat a potato/sweet potato?