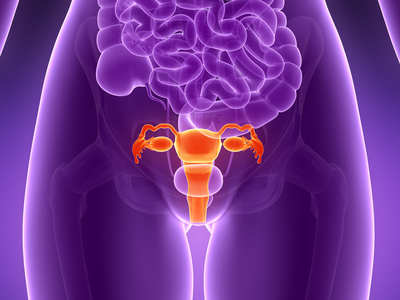 [Editorial note: We took to calling this blog post "Fallopian Tube Friday" at HH HQ. It's weirdly catchy, right? BUT we figured for those who get these posts in their email or RSS feed we might want to make it less... weird and perhaps give it a better title for the search engines to gobble up!]

I'd like to jump into this post by saying, while I try not to be the queen of TMI, I do think it's... unfortunate? (I'm not sure which word sums up my emotions here) that so many topics are... off limits.

Sure I like a good fart joke, and I agree we should probably not talk about bodily functions at the dinner table, but I do think it's unfortunate that society doesn't want us to talk about certain things.... like menstruation.

Even commercials for products surrounding this very natural monthly occurrance are a bit ridiculous if you ask me. I mean who really wants to jump on a trampoline in white pants when they have cramps?

Where's the commercial where you're sitting on the couch with a heating pad eating chocolate? OR crying over a Cheerios commercial? (*raises hand*) 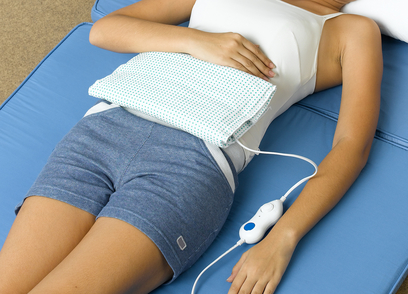 I think it's important to talk about our experiences and concerns, and that we can do so without feeling embarrassed or uncomfortable.

I was embarrassed by my period for years. Not just in those early years (where pretty much existing was embarrassing...ahhh tweens) but even into my mid and late 20s.

Prior, there had been things like "ugggh I hate cramps!" and perhaps some talk about various brands of tampons. Though nothing more than superficial chatter.

I remember being embarrassed, at 30, to ask my friend if she liked her Diva Cup. I sent her an email out of shame. I couldn't face her.

Sometime last year I was talking with one of my assistants. We were researching the contraception post at the time and somehow our periods came up. That was the first time I ever really talked about it, and in detail. AND I only shared my story after she shared hers.

I remember feeling relieved in knowing I wasn't alone. That so many things that happened to me (such as frequently soaking through my pants, ruining countless pairs of underwear, and having to wear black out of absolute fear) were not only my horrors.

Around this same time I was reading a Chelsea Handler book, and anyway, there is a story in this book about Chelsea finding her own cervix and embarrassing herself at the doctor's office. Of course this made me curious, so I went off on a safari to find mine. I freaked myself out with my discovery and called two close friends in a panic and begged them to go find their cervix so we could compare notes. One friend had given birth the year before and had no idea she could reach her own cervix. At this point, all of us on a group call said in unison, HOW DO WE KNOW SO LITTLE ABOUT OUR BODIES? SEX ED FAILED US!

From that moment forward I've tried to be more open, or at least try not to treat topics like menstruation as taboo (though respecting there is certainly a time and place for such discussions). Now that many of my friends are pregnant and having children, I find the doors are opening up a lot more.

I remember one friend calling me, she had a doozy of a birth where all kinds of things one might consider embarrassing happened, and they were gross, but that's nature. That's birth, and I remember her saying "I'm so glad I could finally tell someone. I knew you wouldn't care."

Admittedly, I was kinda curious.

Point to my rambling: I want to have a discussion, a real discussion about these things. And I know one is sorely needed because I get so many emails about periods and other bodily functions (you can read about flatulence and elimination too). I feel so touched that you trust me and feel comfortable with me, that's how it should be. We should be able to talk to each other about our womanly things....

AND to jump in: Going plant-based totally changed my periods.

I used to have long, exceptionally heavy, and painful periods. My periods were also irregular for a really long time, which I talk more about in my contraception post.

Going "vegan" helped a little, but going on an oil-free, whole foods, plant-based diet was a game changer. I now have light, short periods, typically without any kind of symptoms (gone are the days of severe cramps that left me unable to move). My moods overall are more stable, but most noticeably during that time of the month.

In complete open honesty, I often forget I'm even having my period now -- such a change!

Dr. McDougall has a great article about women's health (including menstraution) and why a plant-based diet can help with the so-called "curse" (and why diets high in animal products make the curse a curse).

I also wanted to let other women to chime in with their experiences:

"I have much lighter periods (three days total). Also, after childbirth I had a lot of pain on the first day of my cycle when I was not plant-based. Since going plant-based the pain has gone away completely."

"I have awful PCOS and insulin resistance. I was on clomid and metformin to conceive my second because I had one to three cycles a year. It took 2 1.2 year before I conceived with her. when she was 9 months old I switched to PB diet and got my cycle that month after nothing for 3 months prior. The day before she turned 11 months I found out we were expecting! Completely without the help of fertility drugs. All I changed was my diet!"

"My periods have been so much lighter and less painful since going plant-based, plus this time around I was able to get pregnant on my own (PCOS) vs. with help the first time when I was not plant-based."

"I don't have PMS since I have changed my diet! Yay!!"

"I used to have awful cramps even as a vegetarian. Once I cut dairy out of my diet and went full vegan I don't get cramps at all to the point that I get surprised every month when my period shows up. It's pretty amazing!"

"I used to have very irregular periods (every 3 months or so) with severe PMS- cramps, mood swings, heavy bleeding and spotting that lasted for weeks each time. Now I'm regular, mild to zero cramps, shorter periods and milder mood swings."

"I had PCOS and now since losing weight and going WFPB my cycles are regular. I've also noticed no cramps! It's great. I used to go months without a period which would actually cost me a fortune because I'd worry that I could be pregnant, since my cycles were so unpredictable - I'd spend money on tests all the time."

"My periods became lighter and shorter going plant-based! Sometimes my periods are as short as 3 days now! Still have cramping but it's less painful now."