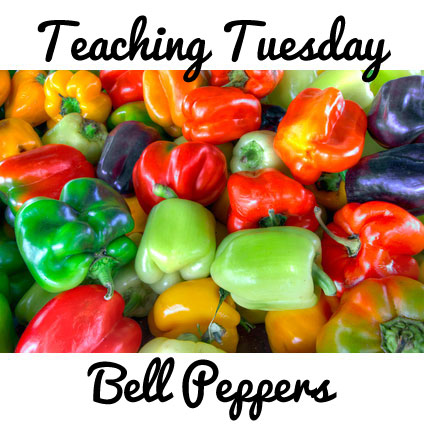 Unlike their tastebud-torching relatives, bell peppers aren't hot (meaning they only have a small amount of capsaicin), which is why they're sometimes called "sweet peppers".

When it comes to taste, many describe green bell peppers as bitter, while yellow, orange and red bell peppers are sweet (red being the sweetest of the bunch).

Some other facts you may not know:

-Bell peppers are actually fruits, but considered vegetables in the culinary world.

-While green, red, yellow and orange are the most common colors, there are also purple, brown, and white bell peppers! 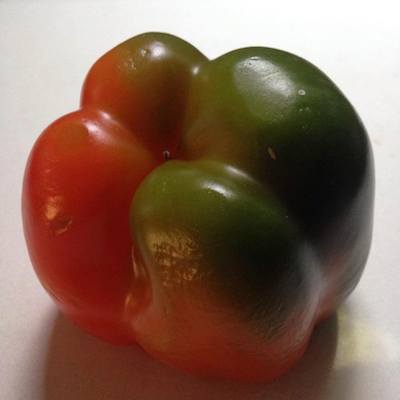 -Paprika is a dried powdered form of bell pepper.

-There is no such thing as male or female bell peppers. That's right, we have a bell pepper sex scandal on our hands! A couple weeks ago I shared the image below on Facebook. It turns out this is not true and is just another silly internet rumor. If you want the scientific explanation, check out this site.

As far as using a bell pepper, the possibilities really are endless! You can eat them raw (they're the perfect pairing with dips and hummus, which is a popular snack on the meal plans), grill them, and stuff them (try the Mexican Stuffed Peppers). They also add a nice crunch to a salad or wrap and are great additions to soups and chilis.

What's your favorite way to use a bell pepper?