Herbies of the Week: The Parker Family of 6 (From Paleo to Plant-Based!) 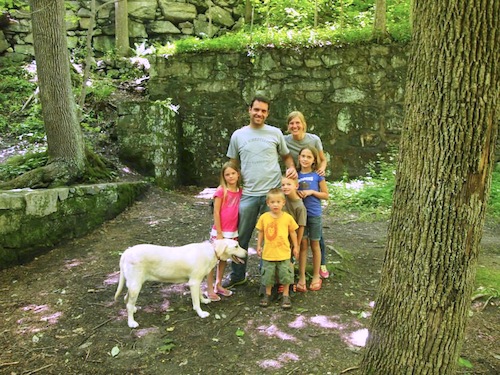 Back in April, Michelle (Mom of the Parker family) sent me this beautiful email (below). As soon as I read it, I asked Michelle if I could share it on the blog as part of the Herbie of the Week series.

I just love how even the tiniest family members have experienced a world of difference. A real reminder that it's never too late (or too soon) to get healthy and eat plants! 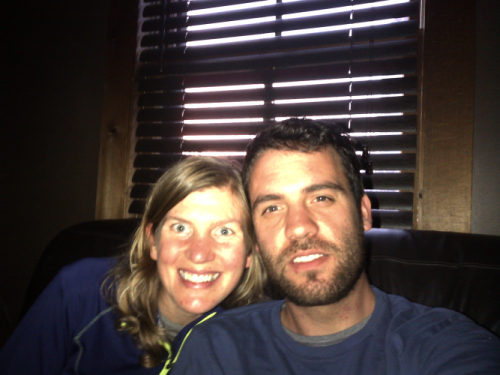 "Hi Lindsay, I wanted to take the time to write to you with the all the changes our family has experienced since adapting a plant-based diet.

About 11 months ago, my husband found out he had high blood pressure. He was only 30 & we knew we needed to make some changes to our diet. We weren’t exactly sure what changes needed to be made. I talked with some friends about how we could get his blood pressure down. One friend suggested trying a Paleo diet. We thought we would give that a try. About a month into it, we just didn’t feel that it was right for us.

We couldn’t understand how a diet full of meat, nuts, and oil was going to bring his blood pressure down. Another friend had told me I should watch Forks Over Knives. One night in June 2012, my husband and I sat down and watched Fork Over Knives. That night after finishing the documentary, we knew that we needed to switch our family of 6 to a plant-based diet. The next day, I threw out everything we had containing meat & dairy.

Now, 10 months later, I would like to share all the ways a plant-based has changed our family:

My husband’s blood pressure is now in normal limits. Beyond that, I didn’t even know all the positive changes it was going to make for each of us. We have seen so many wonderful changes in our children especially. This diet isn’t just for people with high blood pressure, high cholesterol, diabetes, trying to lose weight, etc. Children really benefit and adapt very well.

My two boys have had trouble with ear infections, swollen tonsils, and adenoids since 6 months of age. They have had to have two sets of tubes in their ears, as well as their tonsils and adenoids removed. [Editorial Note: I had my tonsils and adenoids removed when I was five because I had chronic ear infections. Lucky for me, after the surgery, I rejected most forms of dairy, finding them "yucky," and I was able to avoid getting tubes in my ears since the problem went away for the most part. I often wonder if I'd never been put on dairy (I was on formula since birth because I was adopted), if I could have avoided the initial surgery as well. Hmm... Back to the Parkers!]

Since following a plant-based diet, they have not had one ear infection. I took them to the Ear Nose & Throat doctor for a check-up in December 2012 and she said, “I have never seen these boys so clear. Their tubes have fallen out and they look better than I have ever seen them.” She added, “If they look this good in the winter, I don’t need to see them any longer.” That was awesome news.

One of my sons we found out has a milk allergy through cutting out all dairy.  It was causing him to be sick with ear infections, runny nose, & eczema all over his face.  We didn't even know it was dairy that was causing all these problems until we cut it out. 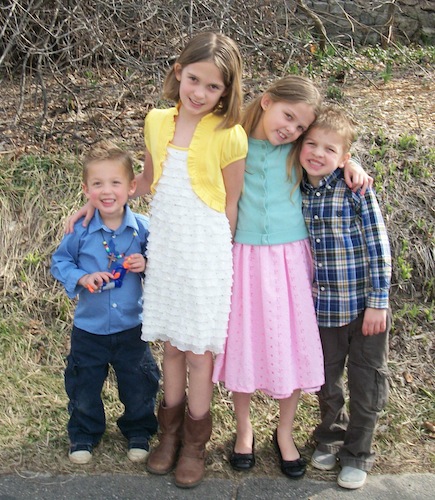 In February 2013, I let my kids have an ice cream sundae. Within an hour, this child that we now know has an allergy felt so sick, had a runny nose, and a thick rash all over his face and neck. His throat was itching like his throat was closing up. I gave him Benadryl and it resolved. I think it had been so long since he had dairy, his body didn't know how to handle it.

I also had my kids' vitamin and hemoglobin levels checked in March 2013. Their levels were higher than they had ever been. One of my children’s hemoglobin level is usually around 10. It was 14.2 at the testing. I just can’t tell enough people how many wonderful things can come out of changing to a plant-based diet. I used to have to take a nap every day. I now have so much energy, I wouldn’t even be able to fall asleep if I tried to nap.

My kids are also now having unprompted competitions on which one of them can make the best salad using kale & collard greens topped with the 3-2-1 dressing from “The Engine 2 Diet” book. They fight over who gets to lick the bottom of the popcorn bowl clean of nutritional yeast. They are choosing to make fruit salad for dessert over eating Easter candy.

I have started a private group on Facebook that has been a wonderful way for me to encourage others to eat a plant-based diet and share all the information I am learning. I  think to stay strong, plant-strong, it really helps to have a group of like-minded people for support.

We also love the Happy Herbivore meal plans. They make my life so much easier. I have been saving time and money by using them. I also love that when using the meal plan, I feel like I can eat a lot of food and maintain my current ideal weight. I never feel hungry. Thanks for taking the time to make them.

My family has committed to being plant-strong for life. I am excited to continue to learn daily and encourage others to make changes to cut meat and dairy out of their diets.

Update (8/27/2013):  Since we last wrote, we have been blessed with an opportunity for our family to move out to CA and help run a mandarin orange farm.

Following Happy Herbivore on Facebook has not only inspired and helped us with following a plant-based diet, but helped us to become more minimalist. We decided to sell or give everything away and move from CT to CA with just a minivan worth of belongings. Thanks for sharing your minimalist Monday posts. They helped us remove our attachment of our unnecessary personal belongings. If you would like to follow all that is going on at the farm, please like Welty Mandarins on Facebook.