Are Superfoods a Scam? (Don't Get Caught in the Buzzword Trap: Part 2) 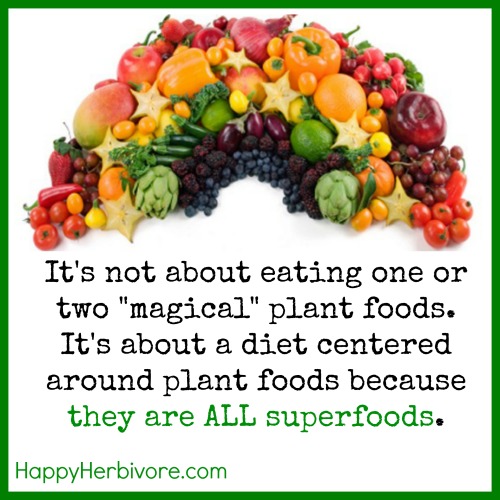 Hi Herbies! Before we get to today's post, I just wanted to thank you so much for your nominations as one of Skinny Scoop's Top 25 Vegan Blogs of 2013 :) There are still a couple of days left to vote (until Thursday, August 15, 2013) — so if you have a few seconds to spare, just follow the link and click "like" on Happy Herbivore in the comments section at the bottom of the page (Hint: You can use your "Find" tool or keyboard shortcut to quickly locate one of the nominations in the comments rather than scrolling through). I love my Herbies so much and so appreciate your support! 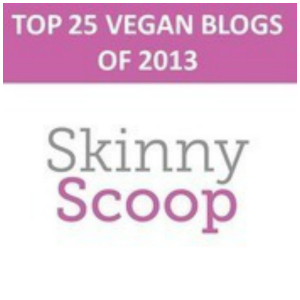 Last week, I talked about the buzzword trap and how to read labels so we're not duped by marketing. (Never believe what's on the package! It's as trustworthy as a commercial!)

Buzzwords like "vegan," "gluten-free," "organic," "natural," "healthy," "sugar-free," and "raw" can really trip us up. While these words can (and often do) signal a healthier choice, they can fool us, too. A vegan, gluten-free, organic potato chip is still a potato chip.

Remember that thesebuzzwords don't automatically make it a healthy choice.

Similarly, "super foods" (and the buzzword "superfood") can also trick us.

At least once a week, I'll get an email about the latest and greatest superfood — so I thought I'd discuss my thoughts on the blog.

First, let me say that I think allplant whole foods are pretty super and I should eat them as much as I can!

That said, do I think some plant foods are healthier than others? 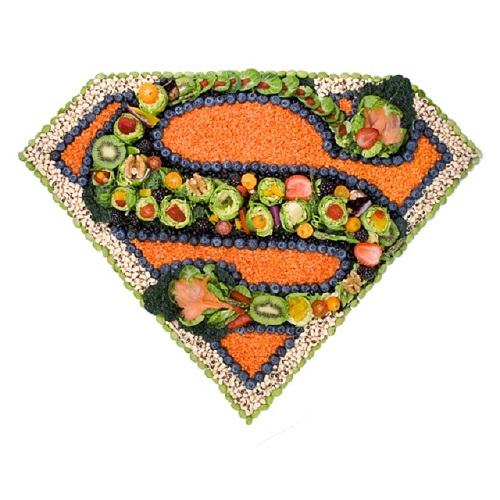 It's true that some plants are richer sources of a specific nutrient compared to other plants, but those "lesser" plants usually make up for that by being rich in something else. For example, spinach has more iron than a carrot, but a carrot has more B vitamins than spinach...

And isn't that the point? That all plant foods are rich in nutrients but they differ in amounts? Isn't that why we eat a wide variety of plant foods and not justspinach?

I always think back to marketing, too. How did I find out about this "superfood?" Oh right, it was advertised to me. A lot.

I know peas are good for me but I don't see fancy magazine ads for them ;)

For the most part,I don't buy any of the superfood marketing. I'm not discounting the benefits of certain foods, but I think all plant foods offer remarkable benefits and I should fill my plate with as many of them as possible.

I feel I should focus on eating whole, plant foods in general. It's not about one or two "magical" plant foods. It's about a diet centered around plant foods becausethey are allsuperfoods.

A little while ago I came across this post via WellWire, "Superfood Marketing Hype — It's Not That Complicated" and I loved Dr. Roa's insights about "super foods." He writes, "Pomegranate, blueberries, acai, noni, mangosteen — what other fruits have millions of marketing dollars behind them? The truth is that as soon as you put almost any colorful fruit or vegetable under the microscope, there is a treasure trove of complex biochemistry and phytochemicals with innumerable health benefits. Researchers, after spending millions to research the humble pomegranate, realized that there is a huge consumer market and then create a product with the research to back it."

Dr. Rao then goes on, "My dear mother-in-law Hasmik just asked me about asparagus and cancer. The article she forwarded had tons of research and testimonials from people who ate 4 tablespoons of pureed asparagus a day, which cured their cancer. Yes, asparagus contains a very high amount of glutathione, one of the strongest antioxidants in the body. There are several vegetables like this which do contain specific phytochemicals which are useful for specific conditions (the Brassicaceae plant family and its cancer fighting isothiocyanates found in broccoli and cabbage)." 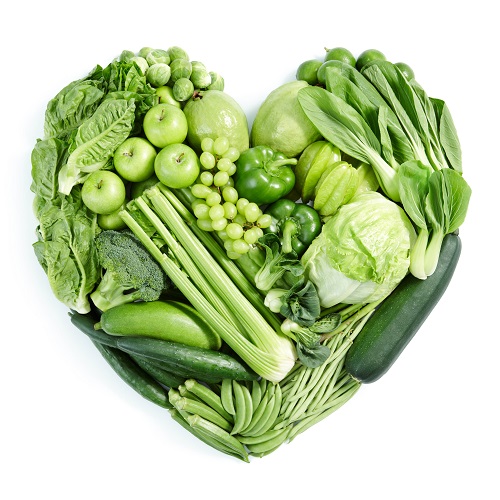 The takeaway is, yes, asparagus is great  —  but so are broccoli and cabbage; they just didn't get the marketing.

So don't be fooled by the hype or marketing — remember that advertisements and commercials are still ADVERTISEMENTS. and they're probably trying to get you to buy something that's really expensive and flown in from halfway around the world.

There are superfoods in your own backyard :) Go to a farmers' market and feel super :)

Bottom line: Keep in mind that ALL fruits and vegetables are good for you.

"We are surrounded by super-foods, we just don’t realize thats what they are called. Ice to Eskimos." — Dr. Rao