Herbie of the Week: Tebben 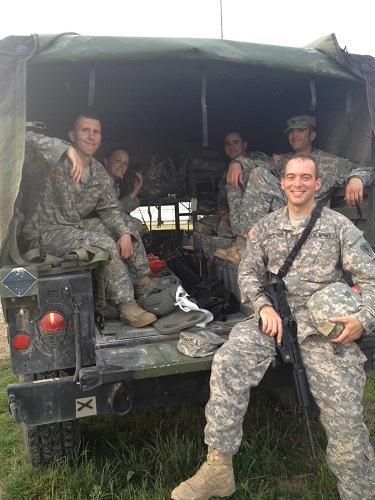 Happy 4th of July, Herbies! Meet our Herbie of the Week, Tebben!We heard a bit from Tebben in our plant-based guys series last month. Tebben is in the Army (he just finished his two-week Annual Training with his unit!), and  I was so interested to hear more about his plant-based journey in the military. I thought today was the perfect day to share his story.

HH: Tell us about yourself! How long have you followed a plant-based/vegan diet and what were your motivations?

I started out learning about the nutritional benefits of reducing meat consumption. Both cancer and heart disease run in my family, and I wanted to find a way to mitigate the risk of future medical issues. It didn't take long for me to learn about the ethical realities of consuming animal products. That is when I dropped eggs and dairy from my diet as well. As I've learned more about the food industry, I've also come to understand the overarching global sustainability issues of factory farming and excessive meat consumption.  The 12:1 ratio is ingrained into brain at this point.

HH: What kind of benefits have you experienced since your transition to a plant-based lifestyle?

Shortly after that transition, I began to feel better overall. I found that I don't have to work out as much to maintain the same level of fitness. During my first two years of being plant-based, I reached a very healthy weight and I haven't fluctuated more than a pound or two, regardless of changes in my workout habits. Obviously I have to eat more calories when I was working out harder and more often, but I always eat until I’m full. I don’t count calories or carbs. I just make good choices on types of foods I eat. Mostly vegetables, plus a good variety of fruits, nuts/seeds, and whole (preferably sprouted) grains. I even change up my milk choices between almond, hemp, soy, flax, and coconut.

A plant-based diet also makes it easy to avoid the pitfalls of fast food.  Few places have good veggie options, and even by meat eater standards, most of that stuff is unhealthy.  I can grab an awesome pre-made or assemble-yourself salad at a grocery store and just skip the burger joint for about the same price. 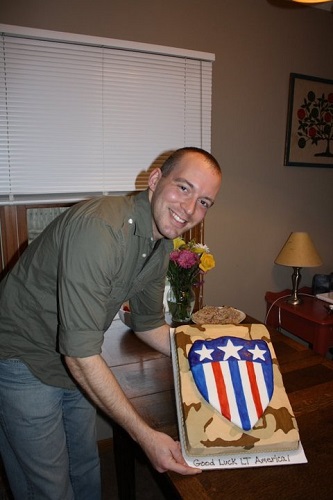 HH: Can you tell us about your experience being plant-based in the Army? You mentioned that it can be difficult at times and that you have to be practical in certain situations. How do you make it work?

When facing a situation that would go against my plant-based lifestyle, I consider the situation and my resources and identify my options.  I evaluate each option on its feasibility and acceptability, and I make my decision.

Some decisions I have very little control over.  My boots, for example, are required by regulation to be made of leather. The Army regulation governing uniforms (AR 670-1) states that combat boots will be made of "tan rough side out cattlehide leather."  Even if a vegan combat boot existed, it would be out of regulation.  As a result, I've worn my last pair of boots for almost four years, and finally had to break down and buy a new pair. 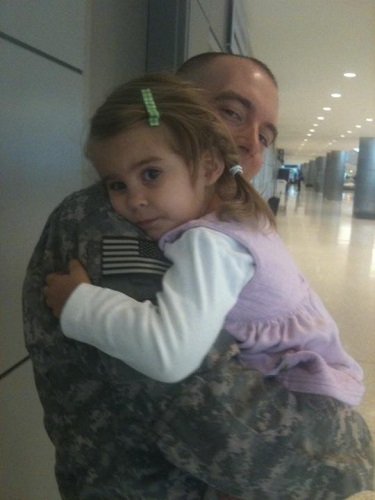 During certain training or deployed operations, we are required to eat Meals Ready to Eat (MREs). While I always grab one of the vegetarian MREs, I know that they will likely contain egg or dairy products. While it is very important to me to remain plant-based, it is imperative that I fulfill my obligations. I joined knowing that I would not always have my first choice in some matters.

The Army has made significant strides in supporting its Soldiers. In Iraq in 2011, our Dining Facility had a decently stocked salad bar every day, and “vegetarian bar” a couple times a week.  It usually consisted of bean and cheese burritos, or a pan of boiled lima beans (sometimes with cubed ham?!?), but at least they made an effort. Soy milk was also available in very limited supply.

HH: Have you experienced any other obstacles? What was your transition like?

The biggest hurdle I’ve encountered since I decided to go plant-based has been finding time to invest in healthy eating.  It is really quick and easy to microwave a frozen dinner, or throw a chicken breast on the grill, but just a few extra minutes of prep time to make a salad or some quinoa is a huge investment in your health and the future of the planet.

The best part about eating a plant-based diet is discovering new foods and dishes that you may have never come across.  I still miss certain things, but I can almost always find a plant-based alternative.  I’m still working on finding a replacement for mom’s meatloaf though… 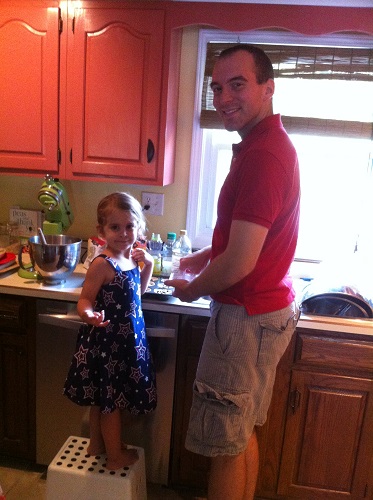 HH: Any advice for other men new to or looking to fall into a plant-based/vegan diet?

This is by far the best way to get and stay healthy.  Begin vegan forces you to avoid a lot of the greasy fast food that you probably want to avoid anyway.  That being said, ease into it.  Set achievable goals, such as:

For the 4th of July, we’re grilling veggies (and maybe a veggie dog or two). I might mix up some HH Aztec Corn Salad too! For dessert, my wife is making strawberry, banana, and blueberry fruit skewers. Red, white, and blue! It will also be my daughter’s first year staying up to watch the fireworks, so maybe we’ll roast some vegan marshmallows for s’mores. 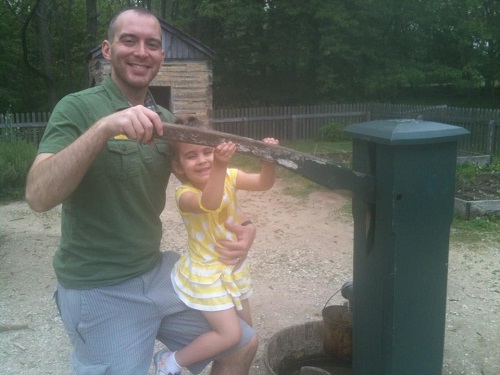 Thanks so much, Tebben, for your service in the Army and for sharing your fantastic story! Enjoy your holiday, everyone!