Minimalist Monday: How to Get What You Want (and My Battle with Depression) 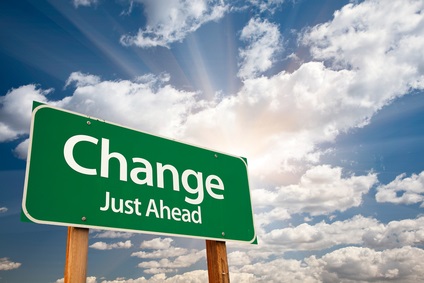 Before I was a minimalist (and especially before I had Happy Herbivore), I was very unhappy. I spent hours crying and sobbing about how miserable I was with my life. There was plenty of good in my life. Plenty to be thankful for — but there was so much that was making me so unhappy that I couldn't see past it. The storm clouds were hiding the sunshine.

Every time I have tried to be honest about how I was feeling, both at the time, and since in retrospect, people have been cruel. They would say things like "quit being a spoiled brat!" or "suck it up and grow up" or "you have bulls#!t problems" and that hurt.

All I can think is those people must never have experienced depression or burnout, and how suffocating and blinding both can be. Depression is real and it hurts. Often we don't even know we're depressed. I didn't. I knew I was unhappy. I knew I was angry and irritable. I knew I was stressed out, but I didn't know these were signs of depression or that I was depressed. I thought you had to be socially withdrawn or suicidal to be depressed — and I since wasn't suicidal or withdrawn, I didn't bother seeking help or treatment professionally. It wasn't until years later that I would learn depression has many forms, signs and symptoms and that I had been depressed.

Thankfully, I also had people in my life who offered sympathy and a helping hand, so I eventually found my way out of my depression.

I did it by following a minimalist practice (even though back then I wasn't calling myself a minimalist nor did I even have minimalism on my radar).

Since then, I continue to live by this practice and find it not only keeps me from falling back down the dark hole, it also helps keep me going in the right direction. I'm sidetracked less. Having a focus allows you to navigate the best course towards happiness. 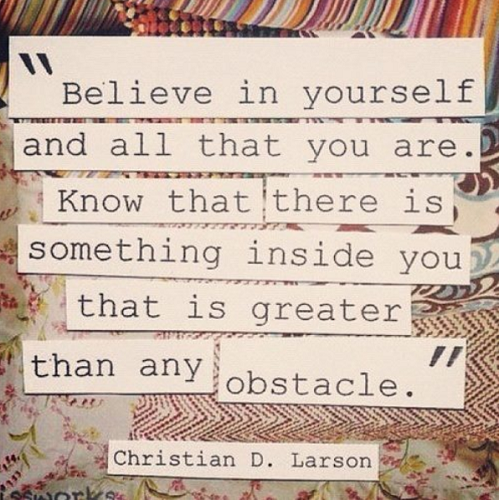 What you need to do:

1. Figure out what it is you really want. (This is much harder than it sounds). You can only have one at a time so shelf any other desires and pick your primary — your ultimate.

You also have to remove all limitations here. You have to take yourself out of the box. This is a limit-free zone.

This is about what you really want and nothing else but that.

No reservations. No backpedaling. No justifications. Focus.

2. Accept possibility. I must reemphasize removing limitations from Part 1. We are often quick to dismiss or find ways to make something seem impossible or less possible. I'm not saying getting what you want is pain-free and easy, but it ispossible. Limitations like time or money are just limitations (L-i-m-i-t-a-t-i-o-n-s). Limitations can be worked around. They do not render something impossible.That's a big difference!

I like to remind myself that history (and YouTube) is full of people who work around limitations much greater than mine. People do the "impossible" every day. I let that motivate me. I let that remind me that limitations don't deserve to be given credit for being anything other than an annoying pebble in my shoe. They can't stop me. They can't stop you. Cause a slight delay? Maybe. but that's a layover in your journey. You will find a way around them.

If you need some inspiration, watch this video. 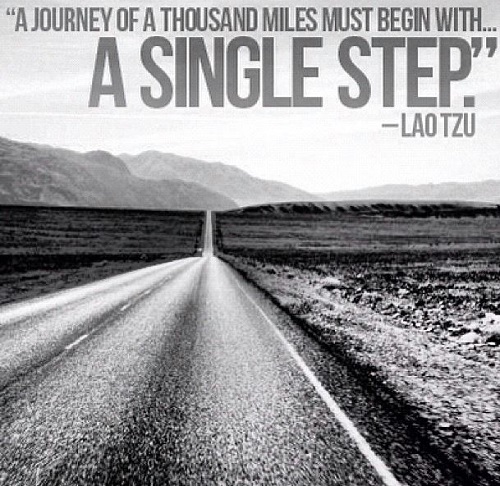 3. Create a plan that gets you there. (This is not as simple and "duh" as it sounds!)

This is where all the practicing and navigating comes in. Once you know what it is you really want, everything you do should help steer you down that path.

(p.s. if you're ready to quit the 9-5 rat race, be your own boss and live your passion... use the skills you already have to create your dream biz + dream life, check out my Exit Strategy School! I've developed a blueprint, a step-by-step plan that gets you out and creates a business (and life!) worthy of you).

Here's an example from my life:

I was depressed because I hated my job and felt trapped in an impossible situation with no alternative or hope for improvement.

For a period of time, I kept myself going by fooling myself/being in denial about what it was I really wanted. For example, I'd tell myself if I just found another job in an area of law I liked, a firm that wasn't cutthroat, if I made more money, if I could only take cases I cared about, if I had to work less hours, (etc.) — I would be happier.

I would focus on a short-sighted problems and not the bigger one, but after changing jobs 6 times in 3 years, convinced each one was the solution I was looking for, I had to finally face reality: another job wasn't the answer. I just didn't like being a lawyer.

These statements aren't entirely false.Some of them are completely true. 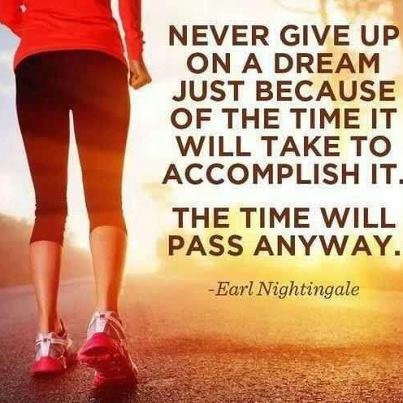 At the time I didn't see that limitations had limits.Eventually, I realized these limitations were hurdles, not walls, and while it may take some effort and time (and sacrifice) to jump over them, I would eventually with enough persistence — and I did. I'm not a lawyer anymore.

I found my workarounds. We sold our cars and moved into a tiny (tiny!) apartment. I called my loan companies and worked out a reduced payment plan based on my reduced income (that was no easy feat!) and I started freelancing and working 3 different part-time jobs while building Happy Herbivore. The pay was terrible. I sometimes had to work for free to get leads to potential paying clients — but I wasn't a lawyer anymore. I was happy and my life has improved :)

About three years ago, Scott desperately wanted to change careers and do something he was more passionate about. He hadn't always disliked his previous job, but after 10 years he'd wanted a change of pace — and he'd changed as a person, too. What he was passionate about at 32 was very different from what he wanted at 22. Problem was, he had no degree in or skills set for the career/job he wanted, and we didn't have the money for him to go back to school. Scott took matters into his own hands. He bought some used books and taught himself. He also volunteered and worked for free part-time on the weekend to get some real-life experience.

It wasn't overnight, but eventually Scott had the skills and experience to switch careers. We'd also climbed out of debt during that time, so Scott could take a more entry-level job that paid less and "start over." Scott's still not making the salary he used to — but he's much happier. 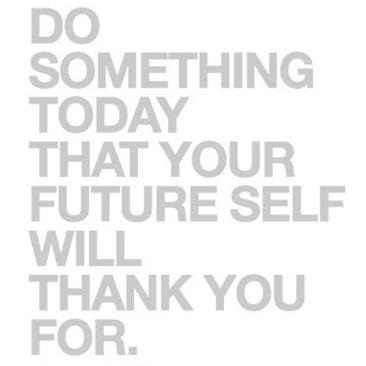 One last example:A friend of mine, a single mother of two, had always wanted to be a doctor, but didn't get into med school after college and although she had intended to reapply after gaining some work experience, she met her now ex-husband, and they married, had children, etc. Still her desire never wavered. "I kept thinking I'd get over it, but that proverbial ship never sailed," she told me.

After her divorce, she enrolled in a part-time nursing program. Part of it was "for her" (it was the closest she could get to her medical school dreams), but it was practical, too. She was going back to work after taking nearly a decade off to raise her kids. She wanted to start a career.

She loved nursing school and loved being a nurse, but it wasn't scratching the itch like she had hoped. Being a nurse and working with doctors only made her want it more. When coworkers suggest she go to medical school, she said she couldn't. "I'm too old." "I don't have the time. "I don't have the money." "I am already exhausted." "I have kids." Her kids were always the big limitation. She was a single mom — how could she go to school and raise her kids? And there wasn't a medical school where they lived. How could she ask them to move? And what about the money? Shouldn't she save that for their education?

Still, it kept nagging her. She really wanted to go to medical school so she asked her kids what they thought. They loved the idea. They were fine moving into a smaller apartment and sharing a bedroom. They were fine changing schools and moving to a new place. They were even excited about it. They said, "Mom, you'll be a great doctor!"

With a little luck, my friend qualified for scholarships and financial aid, and she's enrolled in medical school. She also found other parents and "older" students in her classes ("I'm not the only one!"). It was by no means easy. She had to get over a lot of hurdles, but she proved her limitations had limits. 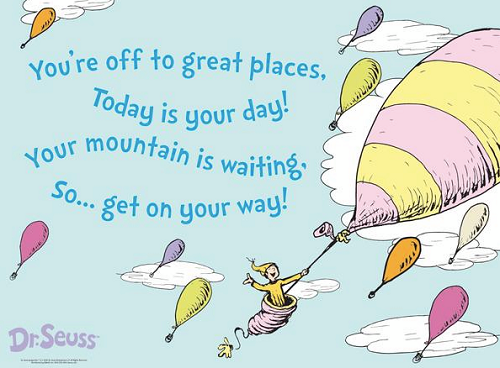 For more information about my depression and how I battled it (and got my life back... and then together... all the way to blissful happiness, see my book Zen Life.)

And lastly, I think this Hyperbole and a Half cartoon helps explain depression and what life is like for someone suffering. [Editorial Note: Warning, this is a tad graphic with some adult language].