Summer Cooking: How to Cook Without an Oven or Stove 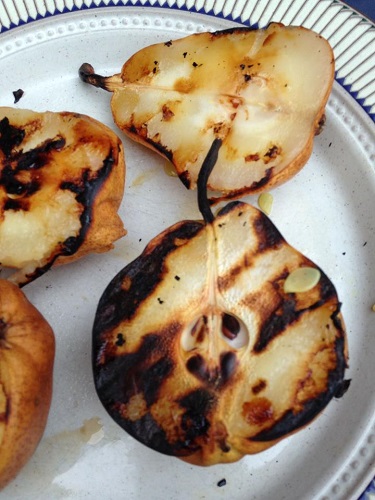 This means by the end of May, I would completely abstain from any kind of "baking" until October. I also found myself avoiding the stove, too. Standing over a hot flame in an already hot and stuffy apartment during the sweltering summer? No thanks! (Our apartments have also always been very tiny, which made it even worse. Any cooking turned the place into a sauna).

So was my life limited to salads? Heck no! 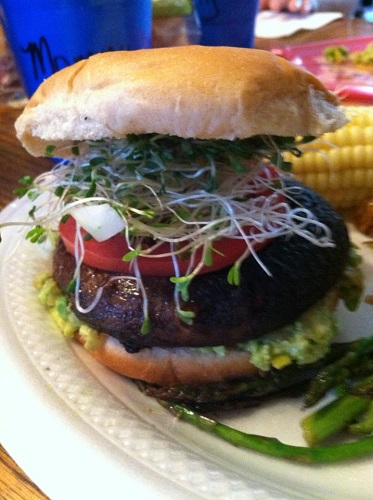 Kim G. made HH Portobello Steaks on the grill! (shared via Facebook).

I love a good salad, especially in the summer, but I still like having cooked foods like beans, potatoes and rice — just without using my stove.

Although my inner minimalist hates to suggest more appliances, if you live without air conditioning or you live someplace that gets very hot, it's well worth adding to your collection (plus you will use them year-round).

This is my favorite appliance of the bunch and if you can only buy one item, this would be it (though it's the most expensive).

What I love about my electric pressure cooker is that I can cook my vegetables, grains and beans without turning on my stove and it cooks my food super fast. Black beans in 15 minutes without soaking overnight! Corn on the cob in 1 minute! I also love that I don't have to keep an eye on it (I can cook beans while doing something else) and it's fantastic for travel. We take it with us every time we travel so we can make healthy, nourishing meals in our hotel room in minutes.

The pressure cooker gets me through the summer. I use it twice a day most days. I'm always making a big batch of beans, or rice or potatoes. I also love to cook corn and artichokes in it. My PC also has a "warm" setting which I find works a lot like a slow cooker. I've left frozen marinara in my PC on the "warm" setting and a few hours later it was ready and warm for dinner.

I also use my pressure cooker to make vegetable broth! 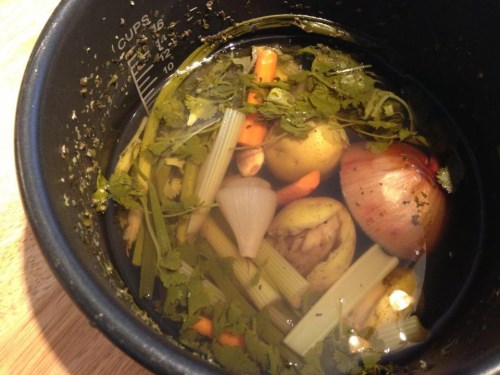 After one too many unsuccessful attempts to cook brown rice on a crappy apartment stove, I bought a rice cooker. I even splurged on an expensive rice cooker (linked above) that had a special brown rice setting as well as an electric timer so I could tell my cooker when I wanted my rice to be ready (even if it was the next day). To its credit, my rice cooker makes perfect brown rice but I find I'm too forgetful to remember to use the timer feature so I could have gotten away with a cheaper model like this rice cooker.

My rice cooker also bake cakes and works as a slow cooker, so that's pretty cool, though admittedly I've never used either feature. I could cook my rice in my pressure cooker but I find the rice cooker does the best job and I also use my rice cooker to cook quinoa on the "white rice" setting. No cooking grains on the hot stove in the summer for me! :)

Check out my post (with a video!) about how to cook grains ahead in your rice cooker and freeze for easy reheating.

This was the first "appliance" I ever purchased and it's a great option for those on a budget. I found mine on sale for $20.00 at Kohls and also happened to have a 20% off coupon!

Our first apartment stove was so small that I couldn't fit more than 1 small pot and a skillet on my stove at a time. I bought the steamer so I could cook my vegetables passively on the counter while I prepared other components of our meal. I quickly realized how great it was in the summer: I could steam all my veggies — even potatoes(!) — without heating my stove or oven. I gave mine to a friend when I purchased the pressure cooker, but I used it daily for years.

If you have a pizza stone,you can also bake bread and pizza on the grill. (Pizza cooked on the grill is amazing). Some grills also have a special griddle top, but I find my flat iron nonstick pan works great on my grill. With the "griddle" option you can also cook all kind of foods outdoors, like HH pancakes!

After our toaster died, I bought a toaster oven. It toasts perfectly, but also works great for small batch and summer baking. I make veggie pizza in it all the time (pita bread, marinara, toppings) and in the summer I'll also bake single-serving muffins in it. It's also great for warming things up if you don't have a microwave. If it can be baked, it can go in the toaster oven. It's your mini summer oven!

If you have one of these lying around from your pre-plant-based days, dust it off and make some muffins without your oven! To make muffins in a sandwich maker, make your muffin batter according to the recipe and set aside while your sandwich maker preheats (see instruction manual for details). Once it's hot and ready, spoon in a few spoonfuls of the batter. Avoid over-filling (or you'll have a mess!) and close the lid. Each model is a tad different, but usually a light indicator will tell you when the muffins are done. Cook-time also varies with each model, but most finish around 5 minutes.

You end up with "triangular" muffins, but I kind of like them that way.

Related post: No Oven Baking (Baking Muffins without an Oven!) 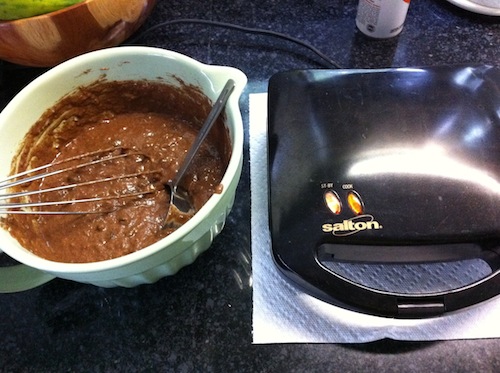 My cousin lived in a very strict dorm. She wasn't allowed any kind of appliance in her dorm room except a coffee pot. (I guess the school thought it was just too cruel to deny undergrads caffeine). A testament to her genius and creativity, Missy learned how to cook spaghetti in her coffee pot. (I think she also toasted bread on an iron).

To make pasta in a coffee pot fill water to max (don't bother with a filter) and put your pasta in the coffee pot. The pot will fill with very hot water and assuming your coffee pot has a built-in hot plate, it will stay hot. Let it hang out until it's soft. A neat dorm trick (and hotel room trick!) if nothing else.

Other appliances that I don't own, but could certainly help with summer cooking:

For more unconventional cooking inspiration, read about Genevieve's minimalist adventures in cooking without a kitchen. 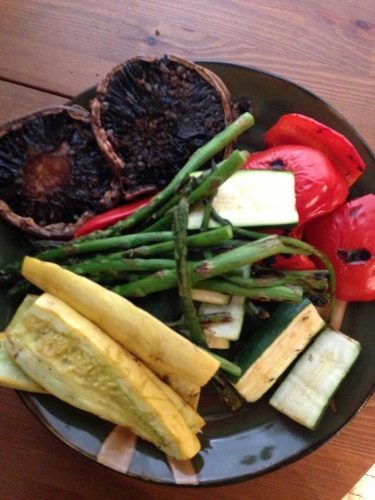 By the way, the meal plans are always seasonally minded — so our summer plans are all about fresh, fast, cool, and no oven!

What are some of your tips for summer plant-strong cooking? Share with us in the comments, and happy eating!