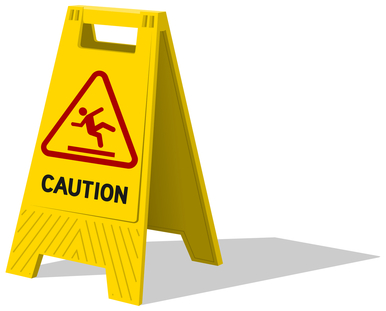 A few weeks ago this tweet came my way:

@happyherbivore went off being vegan this week, I am so sick now with stomach cramps. Memory lane not worth the fall :'(

Since I see tweets, emails, comments, etc. like this one, I thought I'd talk about it on the blog today.

First: Remember, above all: It's about progress, not perfection.

Second: You are on a journey. You might take a few wrong turns. You might back track and sidetrack, or sit down and stay awhile. Nevertheless, the goal is the same. You have a destination. Keep making your way there.

I feel very blessed to have have the amazing opportunity to work with and coach dozens of people through their transition to a plant-based diet.

I have met with people from all kinds of backgrounds and lifestyles, men and women, all different ages. Different hobbies, careers, jobs — geographic locations! And most of them -— not all, but many — have had some kind of "slip-up" or "cheat" (their words) in the process.

And in every single one of those instances, they regretted it, had some kind of digestive episode, but ultimately, came out even more committed than they were previously. They became true believers. They became zealots. It was as if that experience reinforced and solidified their choices and beliefs. Now they had the proof. Now they knew, without a shadow of a doubt, that this was right. That they were doing the right thing and most importantly — that this is what they wanted. That this was the path for them. That they COULD do it.

Even my clients who seemed very committed. Who seemed very convinced — crazy determined... still THEIR passion, dedication, and determination increased 10-fold after an incident.

While I certainly don't wish a heavy heart or upset stomach on anyone, I'm ultimately glad they had these experiences. These moments of pure clarity.

Most of them came to me waiting for a lecture. They wanted me to be disappointed. They waited for me to say "SERVES YOU RIGHT!" — but I never did, because I didn't need to say anything. Their body and heart already said it all. Plus it's not about me, and my beliefs, and opinions — it's about them and their journey.

It's about you and your journey. It's about doing what was best for you.

If you fall off the wagon, get right back on. Move forward.

The first year I was "vegan," I cheated. I was hung over and not thinking clearly (at least this is what I told myself) when I accidentally ate a piece of my friend's cheese pizza in the fridge. Let's just say the hangover felt like a massage compared to what I went through next.

And because I'm the kind of person that doesn't always learn the first time — I had a repeat. And well, it stuck with me that time.

Scott, my husband, had a similar experience. Some months after he had been meatless, he decided to go have a pepperoni pizza. He'd been thinking about it nonstop and how much he missed it. One bite and he realized he wasn't missing anything. It was greasy and gross and not good. He couldn't believe he used to eat like that. He's never been even slightly tempted since.

SO — if you fall off, let it be a learning experience. Turn it into a positive experience. Let it empower you in the future. Keep in mind how you felt.

At the next meal, make a choice you can be proud of.