When my vegan friend Haley went to Mexico last year, she took a rice cooker in her suitcase. I too had heard it was hard to find vegan fare in Mexico, but I'm generally skeptical of negative reviews due to my past experiences. For example, both times I went to Germany I was told I'd starve and both times Germany proved to be one of the most veg-friendly countries I've ever visited.

I thought to myself, "I've traveled all over the place and have never had a hard time finding food to eat -- why would Mexico be any different?" It wasn't! Mexico, as it turns out, had a lot to offer me! 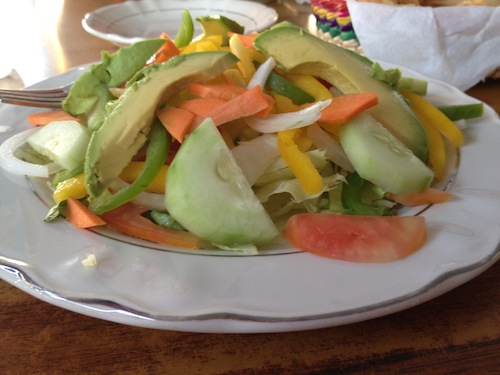 The first place we found was a 24-hour taco restaurant, Rico Mac Tacos, which was located near our hotel. We were both so hungry when we first arrived, that we dipped in to get a quick snack to hold us over... salsa or guacamole perhaps, but were surprised at all the options. They had salads (which were vegan if you ordered it sin queso), baked potatoes, vegetarian rice, vegetarian beans, guacamole and pico -- though their salsas were much too explosive for Courtney & I. 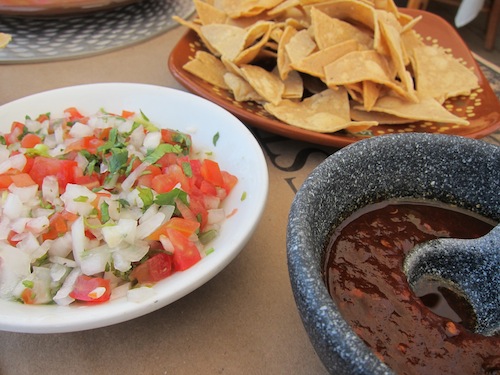 Another place we visited twice (because we loved it so much) was La Distileria. As with the first restaurant, finding this place was pure luck. We'd been strolling along the Malecon (the boardwalk where most of the shops are located) when my sister & I decided to take a margarita break. We weren't planning to eat there (we assumed all the "tourist" restaurants would be off limits) but I browsed the menu out of curiosity. La Distileria has a number of different salads (all vegan if you left off the cheese) but also a grilled vegetables plate that was totally vegan. They also use different veggies each day, so both times we went, we had a slightly different dish. 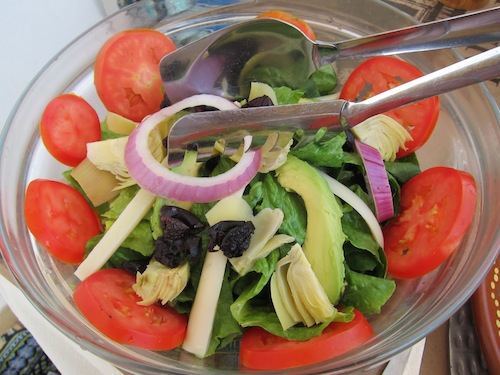 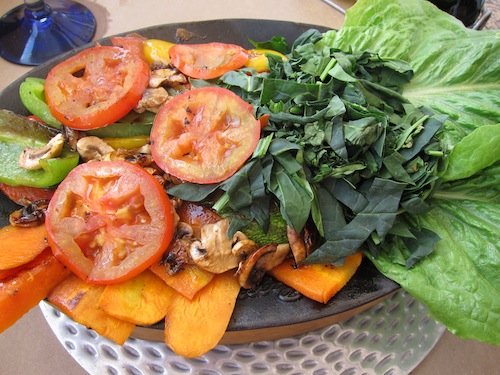 The tourist office and two Herbies on Twitter recommended Planeta Vegetariano, which proudly boasts it is "One of the best vegetarian restaurants in the world." Of course, we had to go! There were various fresh salads and fruit galore, along with tofu in mole sauce, plus rice and beans - of course. The buffet also changes daily! 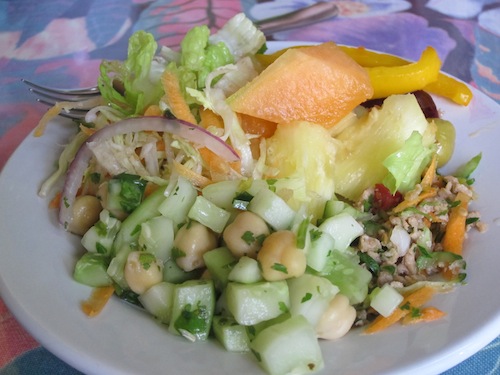 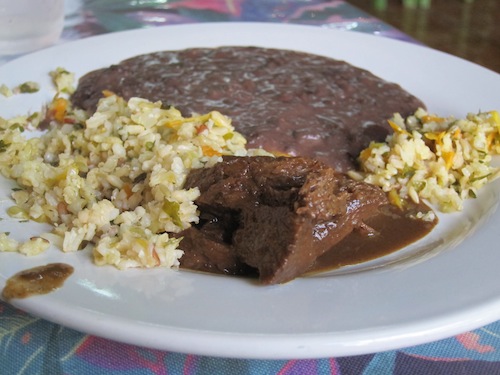 Another happy accident: Mango's Beach Club. Mango's was a block from our hotel and we'd gone there purely for the view: Courtney wanted to watch the sunset and I thought their chairs looked comfy. 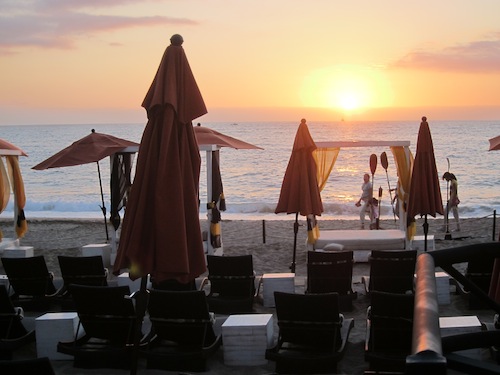 We really enjoyed the atmosphere there, and decided to go back the next day to work on our tan. A few hours later I was hungry and decided to scope out the menu for snack options.

Turns out Mango's had several different salads (all vegan if you left off the cheese), vegetable fajitas and the most amazing homemade corn tortillas and pico. 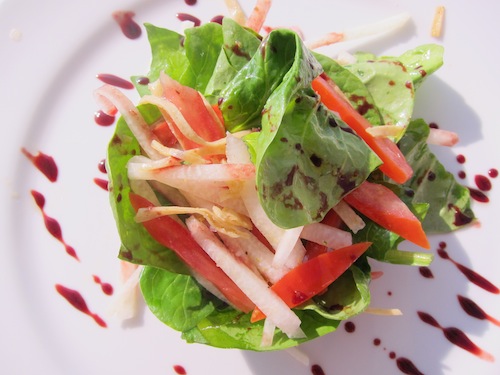 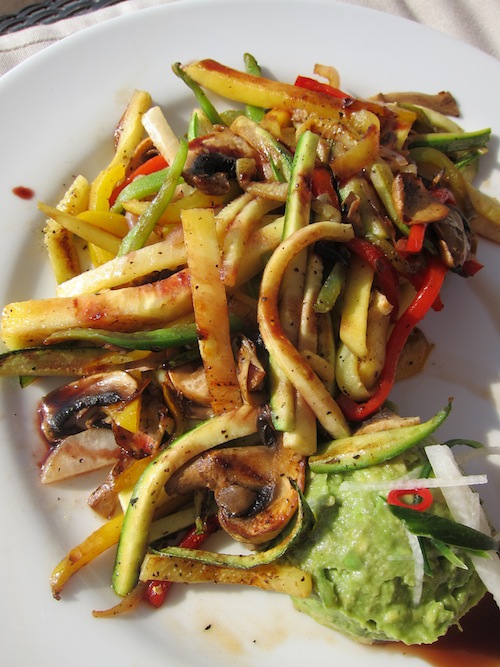 Oscar's Restaurantwas recommended to us via Twitter. Not only does this restaurant have a beautiful view of the river, it also has a "vegetarian" section on their menu. I ordered a grilled vegetable sandwich and Courtney had their basil pesto. They also had great guacamole! 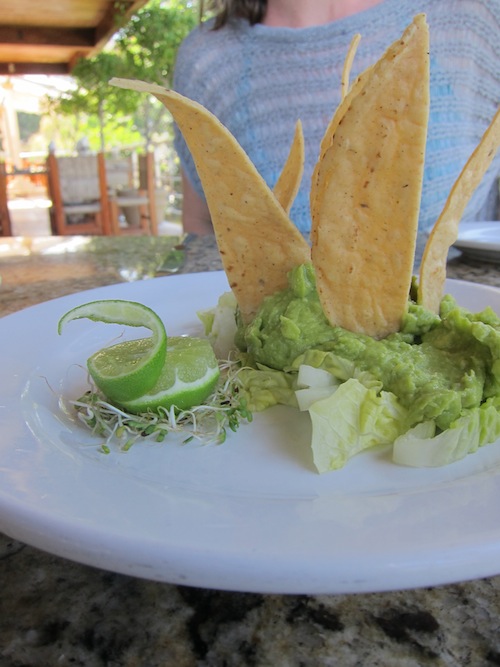 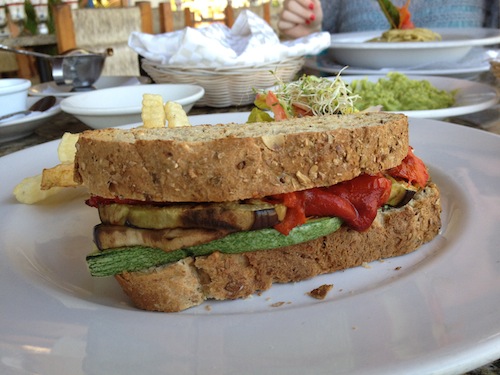 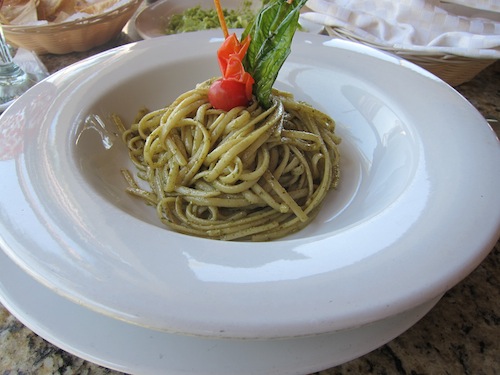 A few doors down is River Cafe (another recommendation via Twitter) which has an entirely vegetarian menu (though you need to ask for it). Courtney was in heaven with their asparagus & mushroom risotto. I was lame and ordered a salad. 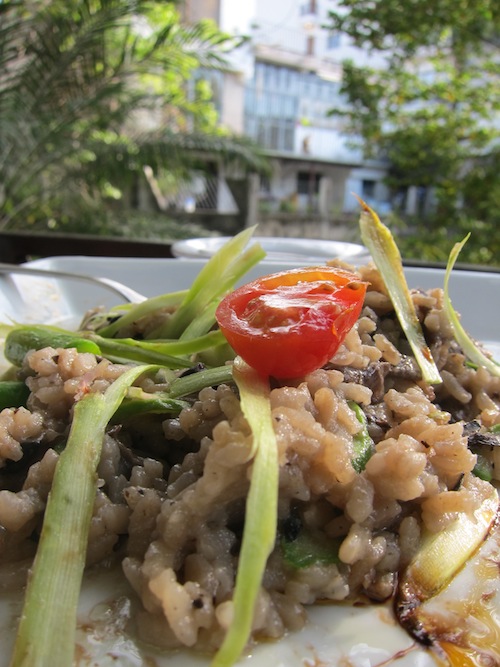 By the end of our trip, we were really good at saying "sin queso, mantequilla, leche, crema, pollo, pesca y carne por favor."

Also interesting: Everything we ordered seemed to come a small plate of key limes.

There were other places that were recommended to us, but we weren't able to go to them all. Here is that list of the other plant-based & vegetarian friendly restaurants;