Before we left for Mexico, Scott, Courtney & I went to Pizza Fusion in Denver for a HH meetup. As always, we had a blast and loved meeting so many Herbies and hearing their amazing stories. I think I'm going to have to hit a few of them up to appear as Herbie of the Week! 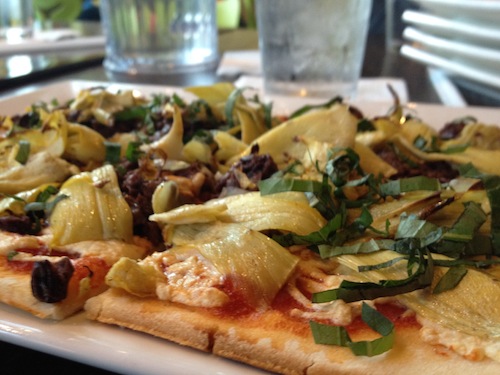 Before I ordered, I took a poll on Facebookasking what everyone liked on their pizza and then took those suggestions under advisement for dinner. The four most common answers were olives, faux cheese, artichokes and pineapple. I wasn't sure pineapple would go with the other three so I chose basil, artichokes and kalamata olives. I have to tell you -- excellent combination. Perhaps the best pizza I've ever had (thanks Herbies!) I also ordered the GF crust and have to say it was the best GF crust I'd ever had. You couldn't tell it was GF. It really impressed me and I'm glad I tried it. 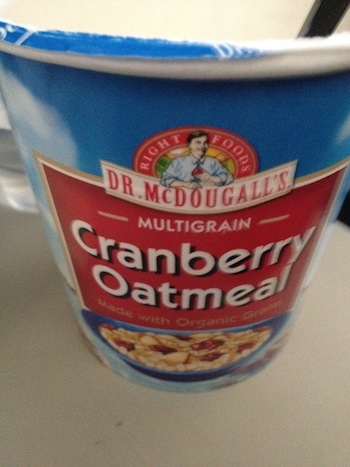 The next morning Courtney & I left for Mexico. I was so excited to see Dr. McDougall's oatmeal offered on the plane that I had to buy it. Apparently it was pretty popular because I got the last one! (and yes, it was good, though a little too sweet for me).

Just as we were starting to descend, however, the pilot came on saying "we can't land because they're having an earthquake on the ground." well, that's one way to host a welcoming party. 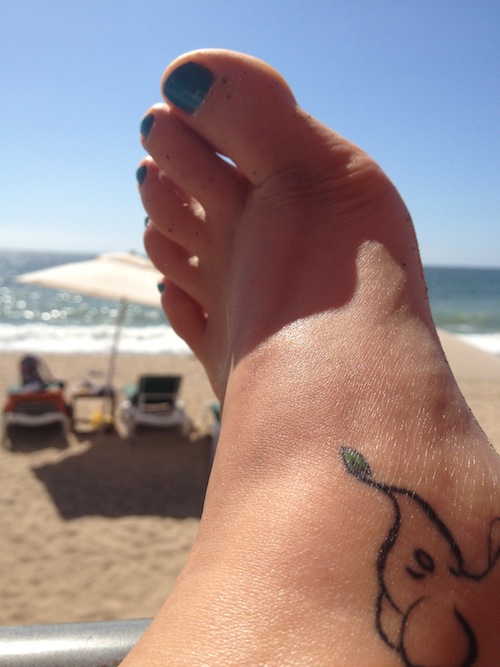 We landed a few minutes later and rushed off to our hotel. Margaritas were necessary. 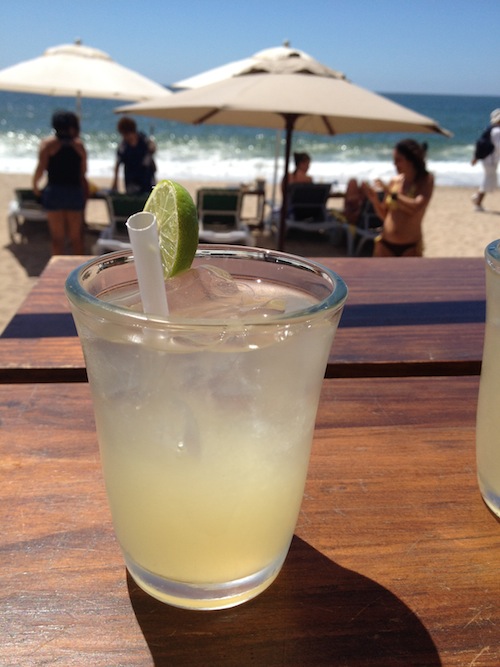 So far we haven't had trouble finding food. The "tourist office" in the airport told us the name of two vegetarian restaurants, as well as a restaurant that's 100% natural with some options that we're looking forward to. We also are staying about a block from the grocery store, so we've stocked up on carrots, chickpeas, apples and other portable no-cook foods. Last night we ordered baked potatoes (con nada, sin queso) and topped it with fresh salsa and guacamole... heaven! (but I forgot to take a picture, see the margarita above for blame).

On the food front, Puerto Vallarta (sounds like Bye-yar-tah) seems to be crazy vegan-friendly. The tourist office suggested 2 vegetarian restaurants, our hotel had the name of another three and the first restaurant we walked in to, they had two vegan options on the menu plus several other vegetarian choices that were vegan if you left off the cheese! That's a good sign! 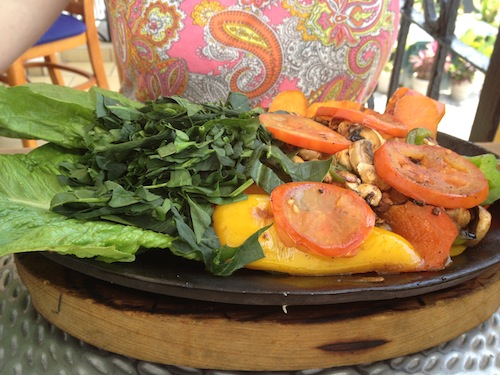 My sister ordered the grilled vegetable dish (vegan as it comes) and I ordered a salad (I'm boring, I know) without cheese. On the downside, we've found that most of the refried beans at restaurants are mixed with sour cream (bummer) and we've yet to inquire about the beans and rice (and whether they are vegetarian) but the guac is safe and made fresh at the table! woot!