When I first started blogging, I used to get jealous when other bloggers got free swag and I didn’t. Then I started getting swag too, and that was nifty, but I never found time to actually review it. The result? I would just feel like a jerk for accepting free stuff and never reviewing it.

When I lived in St. Maarten all last year, I had to decline because I lived abroad but now that I’m back in the states, mail isn’t an issue and I’ve started accepting swag again only to not review it. Again. See? History repeats itself.

Feeling like a super jerk, I gathered up the mound of samples (or, well samples we did not eat or otherwise ravage) and put together this blog post. This post is not for you, it's for me, so I can feel better about accepting swag I never remember to review... but I do hope you find some of this helpful! 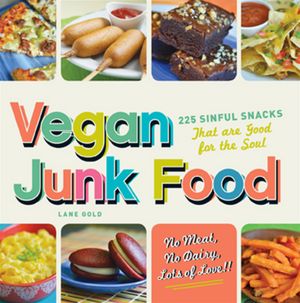 Any kind of unhealthy food you thought you'd have to give up to go vegan, there is probably a recipe in the book. There is no healthiness to this book -- the name tells you it's goal and I applaud the honesty. We haven't made anything from the book though some of the recipes are really interesting and unique, leaving me to wonder if I could adapt it to a healthier version. For example, beer battered meatballs really grabs my attention! 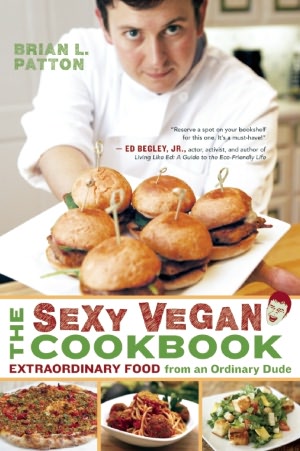 Scott's been a fan of Brian for about 2 years now and he'd even played some of Brian's cooking videos for me. Brian's videos are so much better than mine that I wanted to hate him (you know, jealousy), but I couldn't because he's just too funny. I laughed my way through the introduction of his book and snorted out loud when I read some of the recipe names (i.e. "The Girlfriend's Favorite Salad That She Constantly Asks Me to Make and Won't Shut the Hell Up About" or "The Fat Ass"). His tone is probably not for everyone, but I find him amusing. I haven't made anything from his book yet, but most of the recipes use whole foods and I could probably leave off the oil, so this is one we'll definitely get around to trying. Plus, it's nice to see another vegan dude out there writing recipes and putting out a cookbook. 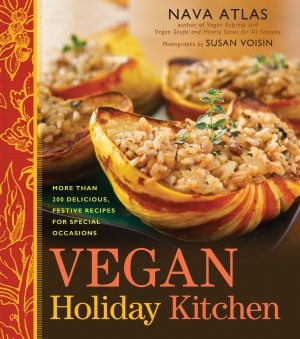 This one makes me feel like the biggest jerk because I received it last year and Nava has always been super nice to me and I love her recipes. Although Nava uses oil, I've never had a problem replacing it with broth, etc. I love that she uses so many fresh, whole foods in this book. The only downfall for me is that most recipes feed a crowd (like 12) which makes sense since this is a "Holiday" book and we tend to serve more mouths around the holidays, but Scott & I are a family of 2, and even with my sister coming over for dinner, we can't use this book on a regular weeknight unless we want to eat it for several meals. That stinks because there are a lot of recipes in here we want to try!

Anyway, because my sister & I used to love spinach and artichoke dip in our pre-plant-based days, we decided to make Nava's Hot Artichoke & White Bean Spread. It did not disappoint! 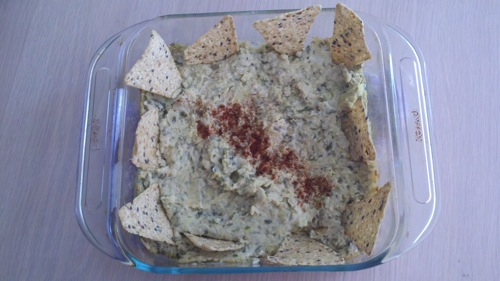 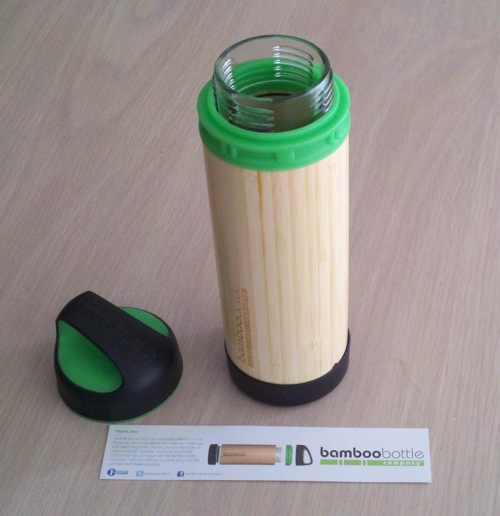 This is neat, but it's really, really heavy. It came from the Bamboo Bottle Company. Scott keeps it on his desk but when we're on the go, we still reach for our Nalgene or metal water bottles. 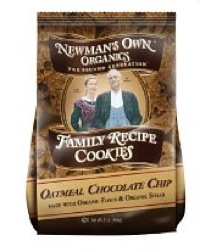 I should not have accepted these samples. I nearly ate all the cookies myself in one sitting. I didn't even take a picture. Healthy they are not, but delicious they are and very small in size, which makes for good portion control (if you have self-control and clearly, I do not). 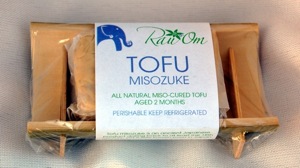 I got a nice package of Miso Cured Tofu. It tastes like tofu mixed with miso. It's not bad, but I didn't feel it was incredibly special. 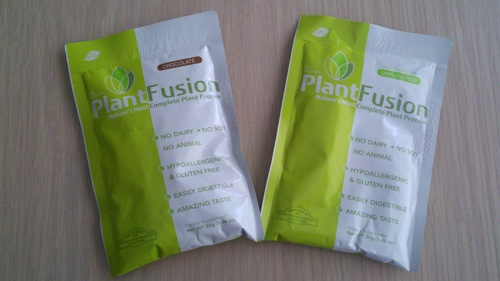 We haven't tried these samples yet -- I'm a little hesitant since the first ingredient is "fructose" on a few of them, and they contain stevia on top of that (I personally don't care for stevia). Maybe I'll take them and try mixing them with water when I go snowboarding for a quick snack. We're just not protein powder or supplement people, I guess. 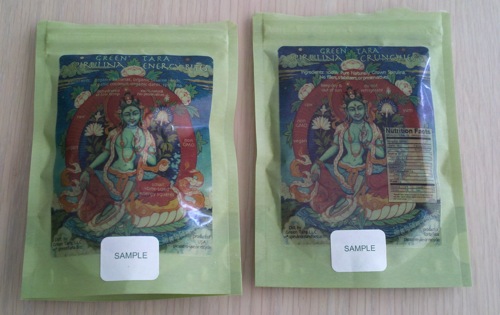 None of us wanted to try these, we couldn't get past the smell. The bites were really coconutty and the little nibs were earthy. I think we're just too intimidated.. 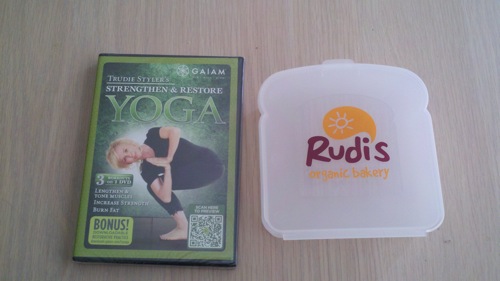 We got several coupons, a yoga DVD (that my sister took back to her apartment), and a sandwich container from Rudi's Organic Bakery. The only problem is that our local health store doesn't accept coupons. 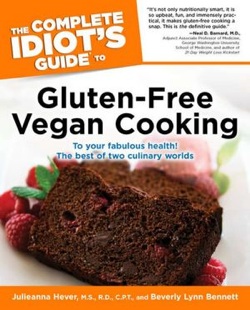 I find all of the “Idiot” guides to be a little cookie cutter in their presentation, but I think that is their goal and in a way, it’s nice knowing what to expect and having that clear, reliable navigation. That said, the intro is a very thorough guide to what gluten is and how to avoid it. I must admit that when I first saw this book, I thought it was a BAKING book (the picture on the cover deceived me) but it’s not, it’s a book with information, plus cooking *and* baking recipes -- so I was pleasantly surprised to see it was more than a baking book :) We haven’t tried any of the recipes yet, but they do seem easy to follow for people new to gluten-free cooking. Longtime GF’ers probably won’t find anything new in the book information-wise, but perhaps will enjoy some newer recipes which are the bulk of the book. As a note: some of the recipes contain oil, but there is a note attached about how to eliminate it. 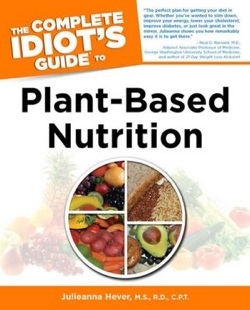 This is a good introduction book to plant-based eating and follows the PowerPlate. As I mentioned before, I find all of the “Idiot” guides to be a little cookie cutter in their presentation, but that really pays off here because the book is easy to navigate.