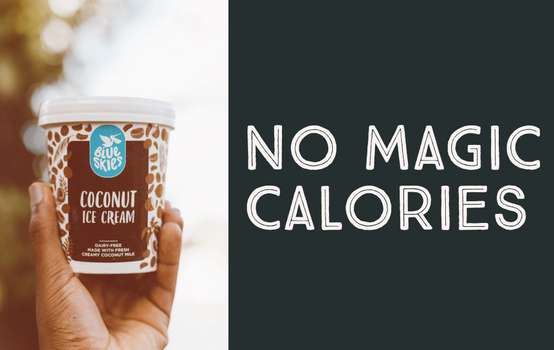 Q: I’ve been having a hard time losing weight being vegan. Any suggestions on what I can do to lean out? Less fat? Nuts?

**This is not medical advice. Talk to your doctor before changing your diet.**

I find a lot of people operate on the notion that plant-based (vegan) calories are magic calories -- that they don’t count, or something.

I saw this a lot when I was a personal trainer. I had a client, for example, who replaced her 100 calorie pack of Oreo thins with a box of raisins. There’s no doubt that the raisins were healthier, but the problem was her box of raisins was quite generous so her snack went from 100 calories to more than 200 calories -- not a step in the right direction if you’re trying to lose weight. The solution was simple, I told her to buy smaller boxes of raisins (or measure out a 100-calorie serving herself), but she was surprised when I brought it to her attention. Like a lot of my clients, she assumed since it was a healthy choice, that’s all that mattered.

Another example: I bumped into another client at Whole Foods and noticed she had two tubs of vegan ice cream in her shopping cart. I asked her what that was about, and she said “oh it’s vegan ice cream so it’s healthy.” She thought just because it was vegan that meant it was also healthy. And sure, it’s healthier than your average dairy ice cream BUT IT’S STILL ICE CREAM. Just because something is vegan doesn’t meant it’s automatically healthy.

I admit, I’ve been victim of this mental phenomenon myself. I once munched through an entire bag of baby carrots. I didn’t think anything of it, after all carrots are a healthy food, but when I later realized how many calories I gobbled up I noted to never do that again. Excess is still excess even when it comes from a good source.

My advice is to really pay attention to what you’re eating. If you eat a lot of high calories foods, even if they are vegan, or wholesome foods, it still will add up and cause weight gain or inhibit your ability to lose. Try eating less. It seems so simple, but it really makes a difference.

Cutting calories doesn’t mean deprivation either. My favorite way to lighten a dish is to serve it over a big bed of greens or lettuce instead of a grain. Brown rice is a healthy food, but it’s high in calories. I can easily pack away 2 or even 3 cups of cooked brown rice at dinner -- which is a lot of calories. However, if I eat 4 cups of kale (which I’ve been known to do) I’m equally as satisfied, but my caloric consumption goes way, way down.

My other advice is to cut out or reduce added fats. I know this is controversial, but it’s what worked and continues to work for me. Once I eliminated added fats, particularly oils, weight loss was much, much easier for me. There are a lot of calories in such a tiny bit of oil, so cooking with it was really adding the fat and calories on. Once I removed it (and I didn’t notice a difference in my food) I was saving myself 100s of calories a day effortlessly.

I was also really motivated by something John McDougall said in his book  “the fat you eat is the fat you wear.” That’s always stuck with me so when I was trying to lose body fat, I asked myself why was I eating more of it? It seemed so counterproductive. In fact it was that realization that made me start cooking “fat-free” and I’ve noticed that any time I start eating fats in excess again (such as when I went on an avocado binder last summer) the weight creeps back on.

But again, these are just my experiences and you should do your own research before trying something. For more reading on the topic of eating low fat for weight-loss, I recommend The McDougall Programor Eat to Live. I’ve been a McDougaller for years. Other books that helped me lose weight include Mindless Eating (which I can’t recommend enough) and Volumetrics.

By popular request, I am also starting comprehensive HH meal plans that lay out your daily eats and are based on 1,200 calories (with 100-calorie snack lists so you can adapt the plan to meet your goal).

Above all my advice is this: Remember to keep “veg” in vegan.

**This is not medical advice. Talk to your doctor before changing your diet.**