Scott & I spent the weekend in Georgia with his family. The reunion was indeed a special one, as Scott's parents were celebrating their 40th anniversary. It was wonderful to see Scott's family but particularly heart-warming to see our newest nephew in person for the first time. During our stay we ventured to the public gardens and nearby butterfly sanctuary. 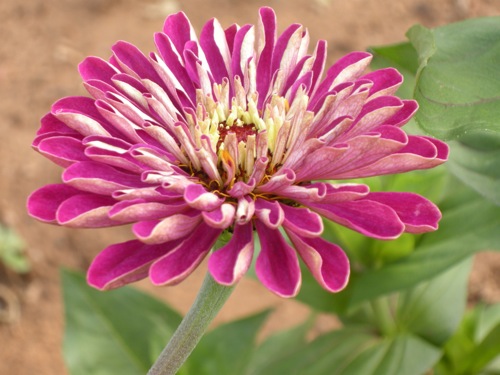 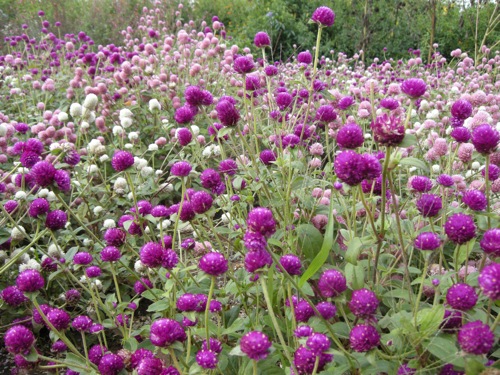 While in the sanctuary, in the most unexpected of all moments, I saw a butterfly be born. While I tend to always find beauty around me, I can safely say I've never been witness to something so magestic in my life. I was tempted to capture every moment on film but decided to savor the experience instead. At the end I thanked the butterfly for allowing me to be part of her birth (I assume all pretty things are female, I know that makes me sexist) and watched her carefully but confidently fly away. I also have more photos on flickr, if you're interested. 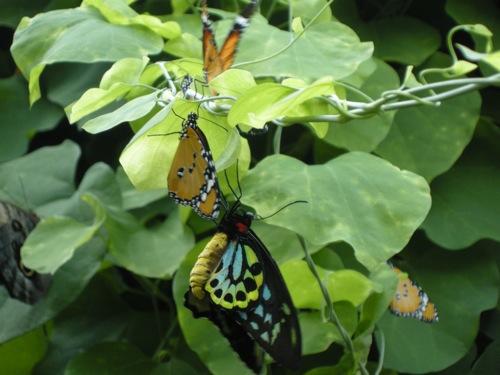 I also have a recipe for you, courtesy of my in-laws. Scott's family is Southern to the core and I love that about them. This dish, which Scott's mother and sister made for us the day we arrived, is simple - the way Southern food tends to be -- but unbelievably delicious, which coincidentally, Southern food also tends to be. My favorite part about this recipe? It's naturally vegan and I can't say that about too many Southern recipes. It's also healthy, and well, you know how I feel about that. 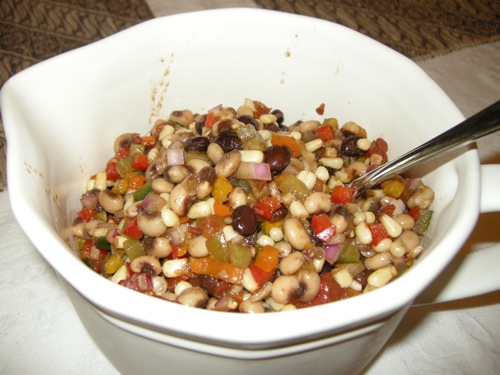 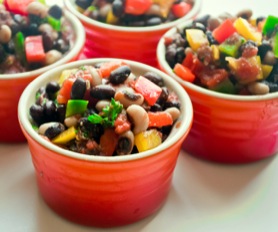 Courtesy of my mother-in-law who lives near the Alabama border.

Mix all ingredients together and allow to marinate for at least twelve hours. Chill before serving.