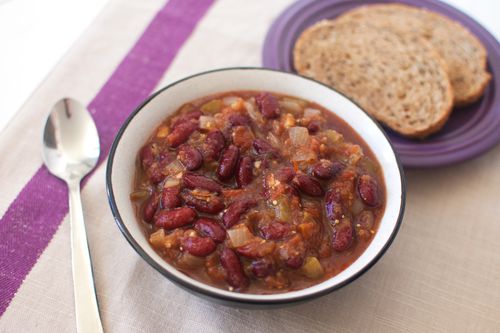 You may have noticed that it calls for Hungarian paprika...

#1 You can absolutely use ‘regular’ ol’ paprika in the recipe.

#2 In non-English languages, peppers are often called paprika. (Cayenne is called “hot paprika”, to differentiate it from what we know as bell peppers).

TBH, until I started learning French I had no idea “paprika” was made from dried and ground red bell peppers. 😳😬😅
In Australia and NZ, bell peppers are called capsicum, which is the Latin name. Language is so fun!

* REGULAR PAPRIKA: Most of the paprika sold in grocery stores is simply labeled “paprika”, or less commonly, “sweet paprika” to differentiate it from “hot paprika”, meaning cayenne pepper. Supermarket “paprika” tends to be mellow (neither sweet nor hot).

* HUNGARIAN PAPRIKA: Paprika is the national spice of Hungary and there you’ll find 8 different grades of Hungarian paprika. 😱(They mainly differ in pungency and heat, but also “quality”).

Hungarian gulyas (goulash), the national dish of Hungary, heavily emphasizes paprika (it is both the main spice used and provides most of the flavoring).

* SPANISH PAPRIKA (or PIMENTON): Spanish paprika can be mild or hot, it depends on the blend of chiles used. It also tends to be less intense (less pungent) than Hungarian paprika, but could be more bitter than “paprika.” I would caution against substituting with Spanish paprika unless you’re familiar with the spice.

* SMOKED PAPRIKA: Smoked paprika adds a lovely smokiness to “regular paprika.” The smoke flavor is created by drying the peppers over wood fires. In Spain, smoked paprika is called pimentón de La Vera, and it is frequently used in Paella.

* SUBSTITUTIONS for Smoked Paprika: I find you can usually substitute “paprika” for smoked paprika (though some flavoring is lost) but smoked paprika isn’t always a possible replacement for “paprika.”

If you love the Red Bean Stew and want to try other Hungarian recipes, check out the Hungarian Goulash and Szegedin Goulash (Székely Gulyás) recipes in the Meal Mentpr app (or web planner).