Why you shouldn't buy vegan products 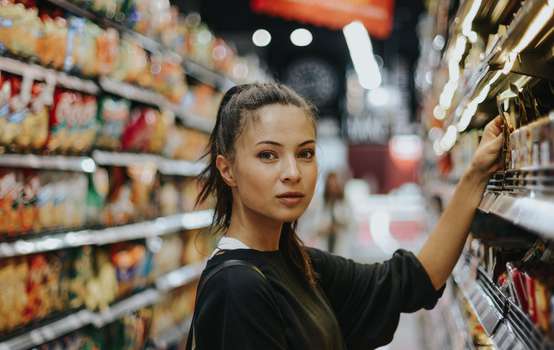 “Veganism made me do it!”

I had this gut reaction: Buy it to support my community.

This was definitely a conditioned response. I went vegan over a decade ago (December 2007), long before veganism was mainstream.

In 2006, very few people knew what "vegan" meant. There were almost no vegan products available outside of one or two brands of soy milk and a few cardboard-tasting frozen veggies burgers.

Anytime I saw something that was vegan it felt like a Christmas miracle and I'd buy it, excited by the novelty.

Then as veganism became more mainstream and trendy, I would see vegan products with more frequency. I bought them not for the novelty but to "show my support" thinking, “ERMAGOD, these guys made an effort to have a vegan option, I better buy it and vote with my dollars! I have to help show there IS a market so they keep making it and don't take it away!!”

As the market only continued to explode with more options and more brands, I became less sensitive (and a bit overwhelmed).

When all the never-thought-I'd-have-ever-again things appeared like frozen vegan cheesecakes, Girl Scout cookies, or "meat lovers" pizzas… I couldn’t help myself.

“ERMAGOD! I never thought I'd ever had [this thing] again because I was now vegan, but here it is… a miracle! I have to try it, right!?"

I went through this all over again with gluten-free items, too. Specifically, when one of my coworkers was diagnosed as celiac, I started buying all kinds of GF crap simply because it was GF and I was excited to find it for her.

Almost every week I was coming to the office with some new GF treat or product. Finally, she said to me, "Lindsay, I really love how supportive you are of my diagnosis, but please don't buy me these things."

I realized what I was doing was at the core selfish. Yes, I wanted to please her. Yes, I wanted to be supportive. But the deep truth was that I wanted her to still be vegan. I was afraid she would quit after her diagnosis like others I knew had.

I thought that I could show her she wasn't going to miss out. I thought I could "save her" and make up for the others. Truthfully, whether she stayed vegan or not was her call, it wasn't mine, and no amount of vegan GF products was going to give me control. It was her decision. My intentions were good, but selfish too.

That's when I accepted this truth: It's good to have options, but I needed to stop shouldering the burden. It wasn't MY job to keep the options available for everyone else. If the product didn’t make it, it didn’t make it — I'm not, and can't be, the entire vegan market.

If I wanted to help, I could tweet or talk about it, or write the company a letter, but I didn’t have to personally buy everything all the time.

Failure can sometimes be the best gift because it provides the opportunity to improve. It provides the option of something even better… did I want to get in the way of that?

Circling back: I think all those "scarcity" and "novelty" and "support your peeps" experiences over 10 years ago have stayed with me, and because it can still be incredibly hard to find vegan options in a lot of places, (especially when you're traveling) when I see one presented to me, I go through this emotional cycle all over.

You should definitely support companies and products you believe in but it’s not your job to carry the weight of the entire market. You can also send an email or a tweet to show your support and spread their efforts if you want to see their product succeed (or something like it) but the product, as it is, is not right for you or your goals right now.