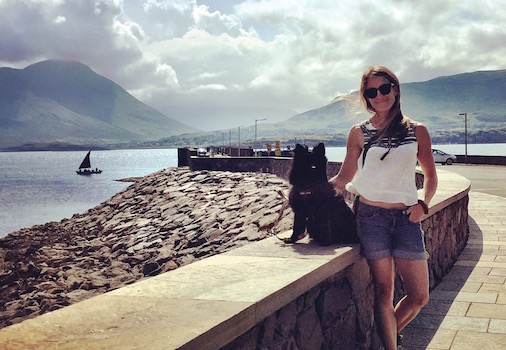 Since this column started in 2012, there have been 250 Herbies of the Week!

Each story has inspired us and shown us that there are a million different routes on the plant-based highway to health, a thousand different benefits, and that it doesn't matter how long it takes, how many exits or detours you hit along the way, or what speed you go in the process---you'll get there if you keep working "progress not perfection." The end result is YOU being healthy and living the life you deserve---feeling GOOD.

From Alzheimer's to arthritis, blood pressure to IBS, cancer to cholesterol, diabetes to depression, endometriosis to eczema, fibromyalgia to fatty liver disease, gout to gingivitis, Hashimoto's to hernias (I could do the entire alphabet easily... you get the picture) we have heard how the plant-based diet has HELPED.

When I made the decision to retire this series, I looked for any stones that were left unturned and found only one.

Throughout this series, most of our HOWs had been plant-based for a year or two tops at the time their story aired.

This is mostly because the plant-based was still very "fringe" until a few years ago.

Clare, however, has been plant-based for almost TWO decades!!! 18 years!

Her story---this FINAL story is a story of sustainability. An inspiring testament that plant-based lifestyle really is a LIFEstyle.

Clare has also been a long time meal mentor member and personal friend to me. One of the things she and I connect so deeply on is our personal struggle with the word 'vegan' and whether or not to identify as a vegan, which I know many of you can relate to. So.... Without further ado.... Clare: 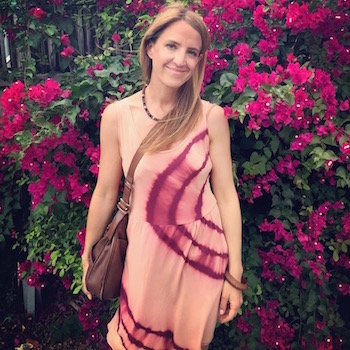 My story is not as exciting as some of the other Herbies of the Week. I didn’t lose 100 lbs or reverse a chronic illness. However, my story shows that eating a plant-based diet can be healthy and sustainable for the long term.

When people ask me now why I am vegan, I am hard pressed to pick just one reason.

Over the 18 years I’ve been vegan, I have never once doubted my decision and have in fact discovered more and more information on the environment, health, animal rights, global poverty, etc. that makes me more and more sure of it.

However, initially, it was all about animals. I first became vegetarian when I was 12 when I realized that the rabbits hanging in the butcher shop window were the same as the pet rabbits we had at home. I was horrified, and never ate meat again.

At some point during my teens I became aware of how cruel the dairy and egg industries are and vowed to go vegan (I honestly cannot remember where this came from – I certainly didn’t know any vegans and it wasn’t from the internet, because I didn’t have a computer until I was in my mid-twenties).

My mother, who did all the cooking in our home, said that I would get brittle bone disease and die, and drew the line at me going vegan. She had been very accommodating of my vegetarianism and so I didn’t push the issue, but started avoiding dairy and eggs when I was out of the house, and stopped buying any leather products and so on.

The day I moved out of home to university, I went vegan.

I was the classic undergraduate in terms of eating. I had no idea how to cook and lived on salads and stir fries, not to mention crisps and chocolate and a huge amount of alcohol. I was brought up in the classic “clear your plate – children are starving in Africa” household, and so I had developed the ability to eat whatever was put in front of me, whether it was a healthy amount or triple that. Also, having been a very active kid, I now did no exercise, unless you count dancing in clubs and stumbling home at 3 am. I gained some weight, and so over the next few years I gravitated naturally towards eating less junk and more whole foods, got better at portion sizes, and started to run for exercise. 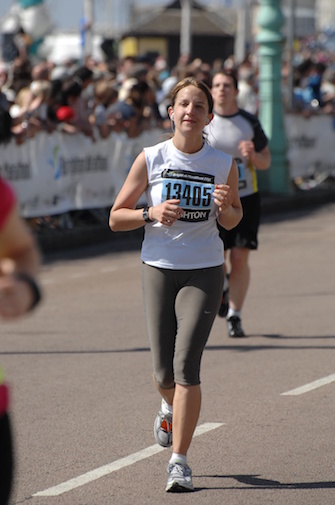 Over my twenties, I became a better cook, got a bunch of great vegan cookbooks, and also fell in love with exercise. Running changed from a chore I put myself through to something I loved doing.

I started running longer distances and eventually ran a marathon. I went to various gym classes with friends, took up boxing, and rode my bike everywhere. Countless people asked me where I got my protein and told me you couldn’t do X, Y or Z on a vegan diet.

I ignored them, carried on being vegan, and felt great. I got fewer illnesses than most people around me and always had good skin, good sleep, etc. London got more and more vegan restaurants and it became a lot more normalized. I even met a few other vegans!

The only annoyance I had during this time was thatmy weight would fluctuate within a fairly large range. If I ate too much or worked out less, I would find myself at the bigger end of the range quickly.

At this end I was by no means overweight or unhealthy, but I was happier at the lower end. I am cautious about expressing this, because I think western society has completely lost the plot when it comes to food, weight, and body image.

I also strongly believe there are all sorts of sexist and capitalist pressures on women to look a certain way, and I am sure that no matter how conscious I was of those pressures, they played a part in my dissatisfaction with my body when it did not look like the bodies I was bombarded with in the media.

But there were some practical considerations too. When I was a few kilos larger, some of my clothes would fit less well and others I would not wear at all because they were uncomfortably tight. I would also feel more tired, get overheated easily, sleep less well, and just in general feel less good.

I could keep my weight at the lower end of the range and mostly did so, but it always felt like hard work.

I first came across the Happy Herbivore blog about 7 or 8 years ago when I was looking for a recipe. I was already eating mostly whole foods (it was clear to me that processed food made me feel less good, and it was too expensive to eat all the time anyway), but at some point I became aware of this extra element to what was starting to be called ‘plant-based’ eating: no oil. I have to confess, I was highly skeptical of this at first.

I am an academic, and I worked in medical publishing for ten years. 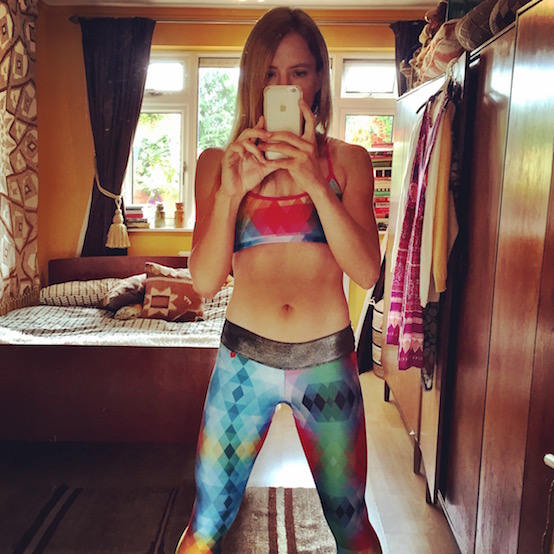 There are many, many studies showing that olive oil is good for you (of course, now I realize that many of those studies did not perform proper multivariate analyses to prove that it was specifically olive oil that was responsible for any benefits seen), and the studies from the plant-based doctors were mostly very small, or didn’t have any specific data indicating that oil was bad for you.

My mind changed when I read something from Jeff Novick talking about how many calories were in a tablespoon of olive oil, and how they would constitute the vast majority of the calories in a side dish of vegetables drizzled in olive oil.

I actually didn’t add that much oil to my meals, but I did start every dish I cooked with a glug of oil. This is how everyone I knew cooked, and I thought it was the only way.

I quickly realized that while in something like salad dressing, leaving out oil would be noticeable at first, in something like a pot of soup or stew the oil was doubling the calories and making no difference to the taste.

I stopped using oil for these sort of dishes and almost immediately noticed a difference. I could not believe it.

By making only this change, my weight dropped to below the range it had been fluctuating in for about 10 years, plateaued at the lower end of my healthy BMI range, and stayed there.

I stopped using oil at home completely. I found it surprisingly easy to sauté in water, and discovered a whole variety of different things I could use as salad dressings. I also found that my taste buds changed and I quickly came to dislike oily food.

That was about 5 years ago. In that time, I have felt better than ever, had the energy to do whatever I wanted, and have never been more body confident. I am very active and I do think this plays a huge part in staying healthy and toned.

I am a big fan of the Tracy Anderson Method and do it most days – it has reshaped my body and makes me feel strong, flexible, energized and less stressed.

However, I have found it to be true thatdiet is about 80% of what it takes to stay at a healthy weight, and that if you’re eating too much no amount of exercise can cancel it out.

I started using the meal plans about 3 years ago when I was really busy finishing up my PhD and did not have time for meal planning myself.

They are so brilliant and save so much time, and so often have meals me and my partner Mat love, that I have used them regularly ever since.

Using the meal plans ensures that the majority of the meals we eat each week are healthy and balanced, and so eating out here and there (plus dessert, wine, PMS-related chocolate gorging, etc.) doesn’t make a difference to my health or weight.

These days my whole family is vegan. Mat is mostly vegan and takes meal plan recipes to work with him for lunch (he occasionally eats something non-vegan when he goes out, but usually gets vegan options even then these days), and our dog Henry has been vegan since he was 12 weeks old.

Henry is 3 now, thriving, and the vet says he is one of the healthiest dogs he sees.

After my father had a heart attack earlier this year, I brought him Dr. Esselstyn’s book and Everyday Happy Herbivore cookbook, and he and my mother and even my sister decided that they would try a plant-based diet.

Dad is doing great; his cholesterol has dropped to a third of what it was and he is back to walking 6 miles a day and feeling good.

All in all, I am very happy to say that Happy Herbivore has had a significant positive effect on our lives and I could not be more grateful.

Aww, XOXXOX Clare! You have been a blessing to me too!

A BIG, MILLION HUGS AND THANKS TO EVERYONE WHO HAS BEEN A PART OF THIS SERIES, READ THE STORIES, OR PASSED IT ALONG TO A FRIEND.

TOGETHER WE ARE THE PROOF.

To keep being inspired, checkout the FREE Meal Mentor Co-Pilot podcast. Each week (or thereabouts) I interview a real person just like you who is making it work. Progress not perfection!