Herbie of the Week: Alesha (A plant-based diet helped manage her symptoms from Cushing's syndrome!) 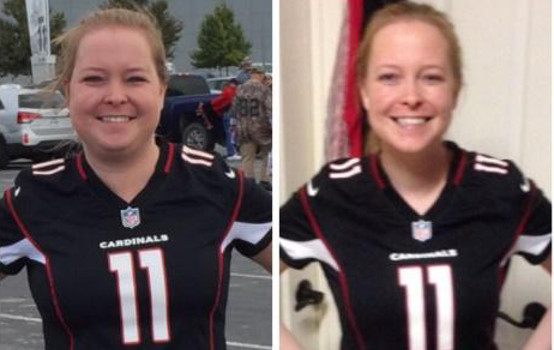 Meet our Herbie of the Week: Alesha!

Gaining weight, for Alesha, started in her 20's despite training for a marathon. She also began to suffer from hypertension, blurry vision, thinning skin and hair, fatigue, depression, and more symptoms even though she ate a plant-based diet. Eventually, she was diagnosed with Cushing's syndrome. Good news, Alesha now credits a plant-based diet for her speedy recovery from surgery. She has lost 33 pounds while using the Meal Mentor meal plans!

I'll let Alesha take it away...

In 2011, I fell in love with running. I’ve run 3 full marathons, 11 half-marathons, and numerous 5 and 10K’s. I’ve also dabbled in different types of boot camp, yoga, and boxing classes. My plant-based journey began in 2012. After a series of routine checkups, I was told that my blood pressure was unusually high for my age (25). I didn’t give it much thought until my vision started deteriorating, and I noticed some weight gain. I saw a physician who just prescribed pills and sent me on my way. I didn’t take them. I considered myself to be a healthy, young runner, and I was determined to find another solution. Up to this point, I had never paid much attention to my diet. So, along with training for my first marathon, I began obsessively counting calories and eating the traditional “healthy” diet. When that didn’t work, I investigated alternatives and stumbled across “Forks Over Knives.” (I also started following Happy Herbivore around this time!) After watching the FOK documentary, I was sold, but it took some time to change my habits. When 2013 rolled around, I decided to follow a vegetarian diet through January. Eliminating meat wasn’t difficult, so I kept going. All my research implied that as I inched toward a plant based diet, the weight would literally melt off, and I’d feel like a million bucks! When is anything ever that easy?!

For two years, my body rebelled. I was running slower, I was tired, and getting more frustrated every day. In addition to hypertension and weight gain, I was experiencing thinning hair and skin, stretch marks, rashes and bruises that wouldn’t heal, an irregular cycle, an out of control appetite, constant fatigue, and finally depression. Each ailment was spaced out, just enough, so that I couldn’t see a connection; instead, with every new ailment, came a new excuse for why marathoning and eating plants weren’t working. Fortunately, the science behind a plant-based diet was just too compelling to quit, and somehow, I held on. 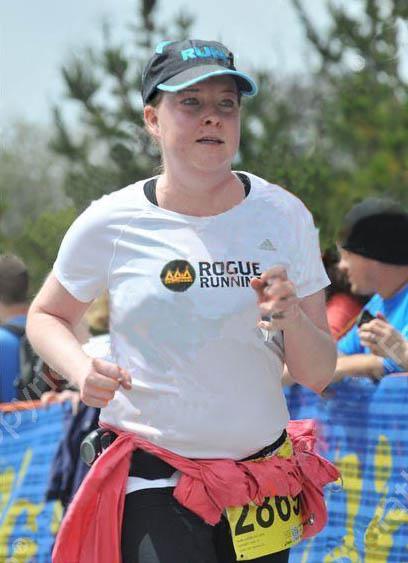 Finally, I saw the big picture. These weren’t random issues, they were symptoms! Through a Google search, my boyfriend diagnosed me with Cushing’s syndrome. It made perfect sense, and I scheduled an appointment immediately. He was right! 1 in 100,000. I had a (benign) tumor on my adrenal gland which was over producing cortisol and literally stressing me out!

Now, for the cool part! On average, it takes people three years to figure out they have Cushing’s; I figured it out in just over two. My endocrinologist said that most of her Cushing’s patients gain 30-40 lbs. by the time they see her. Although the syndrome added a disproportional amount of inches to my upper body, I had only gained 12 lbs. My doctor even commented that my diet change and marathon training probably kept me from gaining additional weight and developing more serious issues. VALIDATION!

Although, the diagnosis was a huge relief, it was discouraging to have to fight so hard be healthy, knowing I would get zero results for my effort. So, during the month before surgery, which was necessary to remove the tumor, I strayed from my healthy habits. In that month, I gained another 8 lbs.: more than half of what I gained over two years! I cannot imagine how much more miserable this experience could have been had I not been marathon training and striving for a plant-based lifestyle. 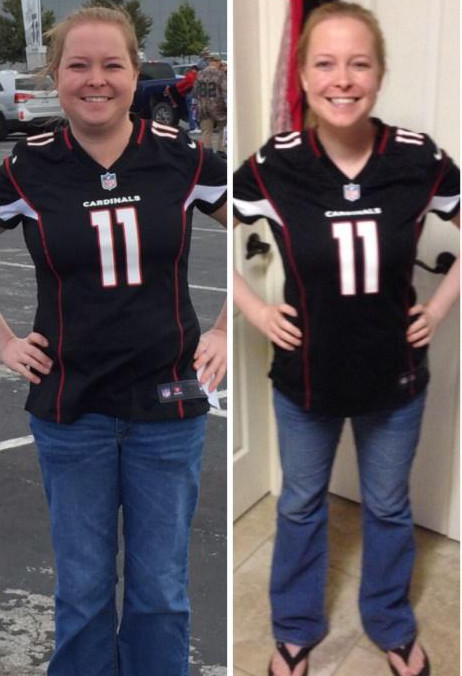 After surgery, I jumped right back on the plant-based bandwagon. My recovery was speedy! Almost every symptom vanished within a few months. I can’t say I’ve ever been 100% plant-based for more than a few weeks at a time (stupid sweet tooth), but I’m pretty darn close. Thanks to finally subscribing to the meal plans, I’m the closest I’ve ever been!

So! All that being said, if you’re having trouble losing weight on a plant based diet, have your hormone levels tested. Now that mine are under control, the plant based diet has lived up to all its promises! After surgery, I dropped 33 lbs., and have stabilized at a weight that is 8 lbs. less than what I weighed in high school! And, I really do feel like a million bucks! Plants for the win! 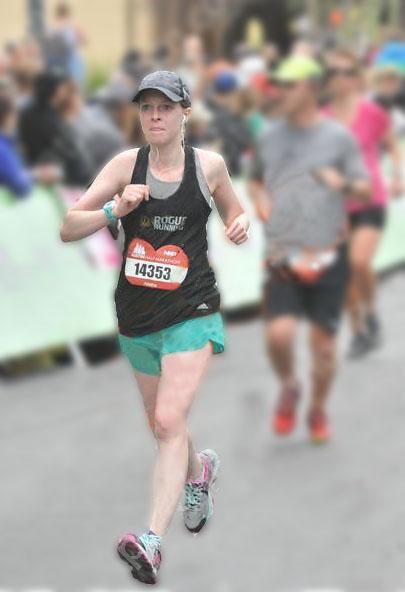 Thank you so much Alesha for sharing your plant-based journey with us!