Plant-Based Finds at the Dollar Store! 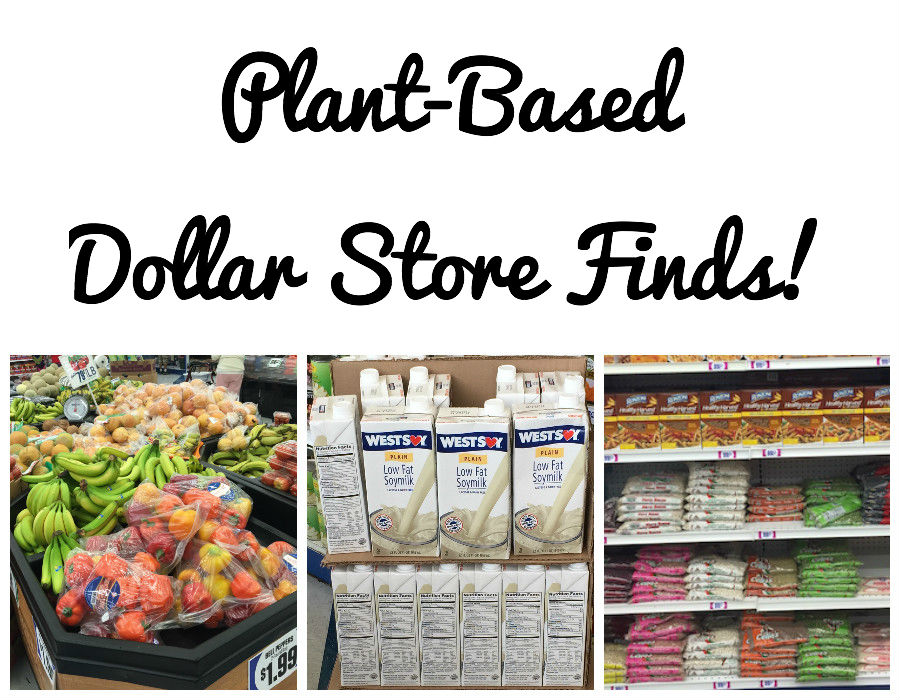 One of the most common objections I hear about going plant-based (or simply eating healthy) is that it's SO expensive. Or someone says there's NO WAY they could be plant-based because they don't have access to a Whole Foods or Trader Joe's.

The truth is: being plant-based can be incredibly affordable -- and you definitely don't need to shop at health food chains.

I shop at a chain supermarket and I LOVE it! (You can see more of my cheap grocery store finds here.)

BUT! I also LOVE a good deal and finding ways to lower my grocery bills (one of the many reasons why I love themeal plans), which is why I took Team HH on a field trip to a 99 cent Store in Los Angeles.

Within 5 minutes of walking around the store we were BLOWN AWAY by how many plant-based and vegan items they had!

Our first stop was the produce section... 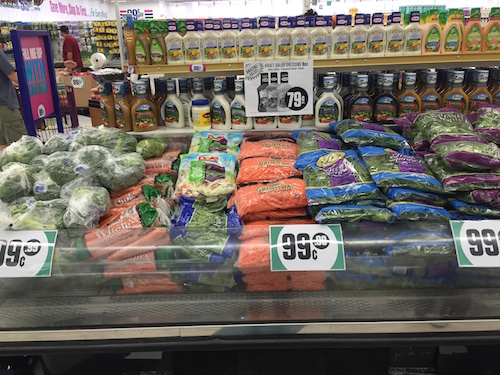 From carrots (whole, shredded, baby), to salad bags (spinach, coleslaw, etc), to eggplants, avocados, bell peppers and beyond -- they had it all! 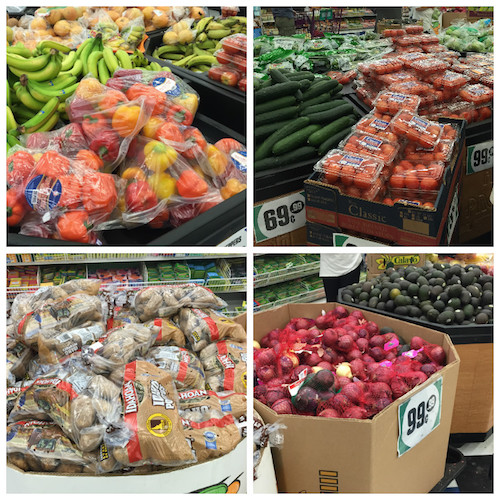 They also had a variety of bread and tortillas -- including whole wheat and corn. 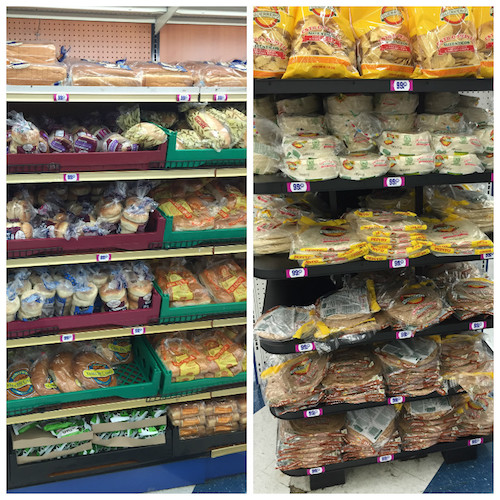 The 99 cent Store had a HUGE variety of canned beans (black, pinto, kidney, chili, white, chickpea) as well as no fat and vegetarian refried beans. 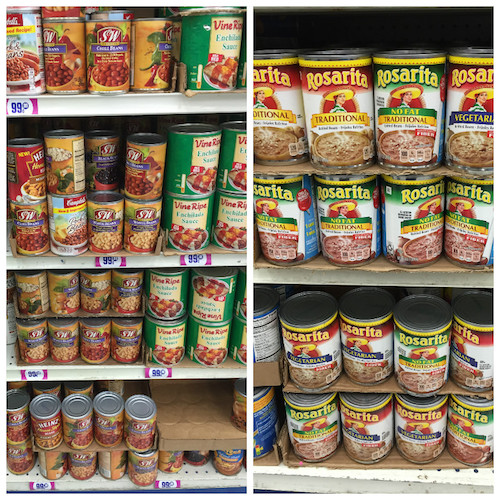 (one of my assistants recently went back and found organic black beans and chickpeas, as well as oil-free vegetable broth!)

And if you like making your own beans...they have you covered too! 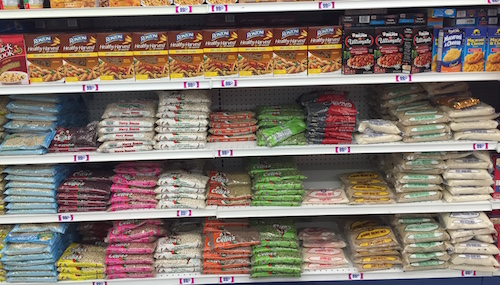 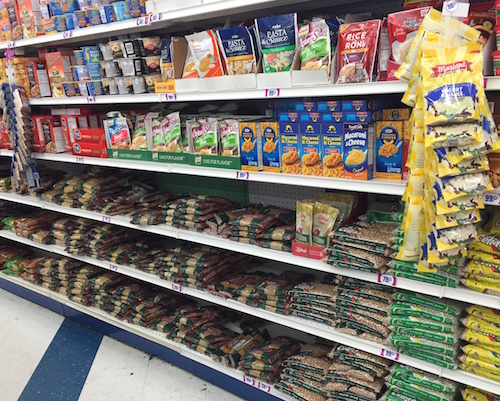 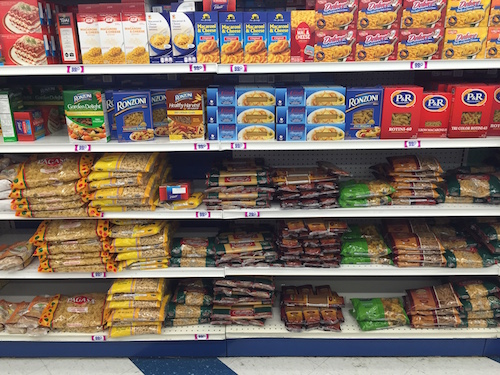 And lots of different pastas -- including whole wheat. 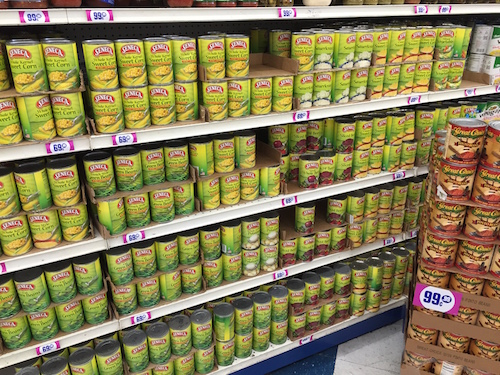 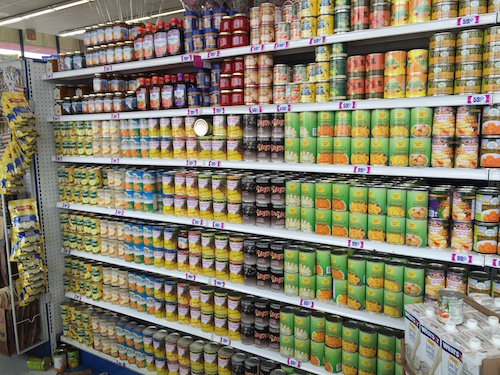 There also wasn't a shortage of canned veggies or fruit... 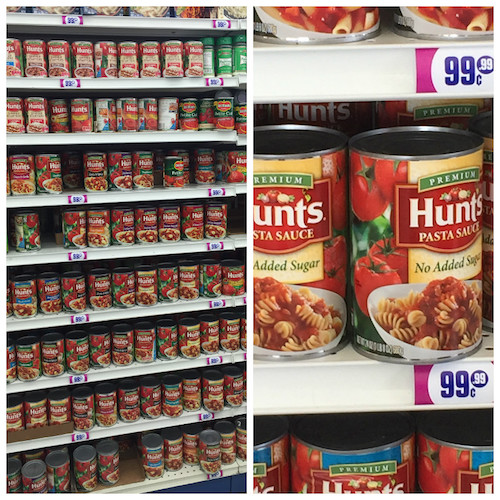 Or canned tomatoes and pasta sauce -- including no sugar added sauce! 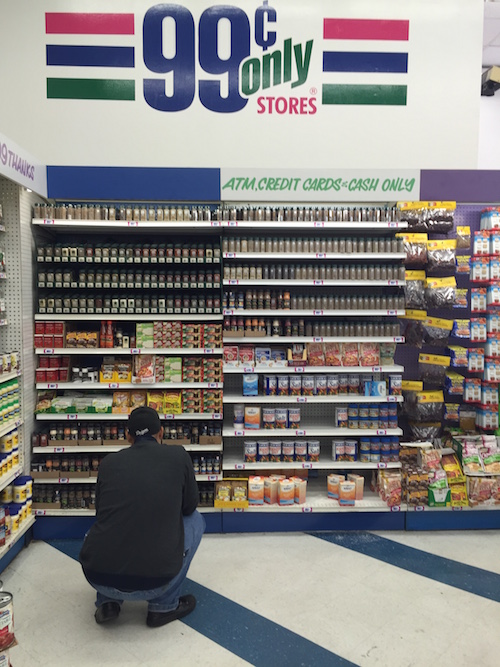 They have a HUGE wall of spices... 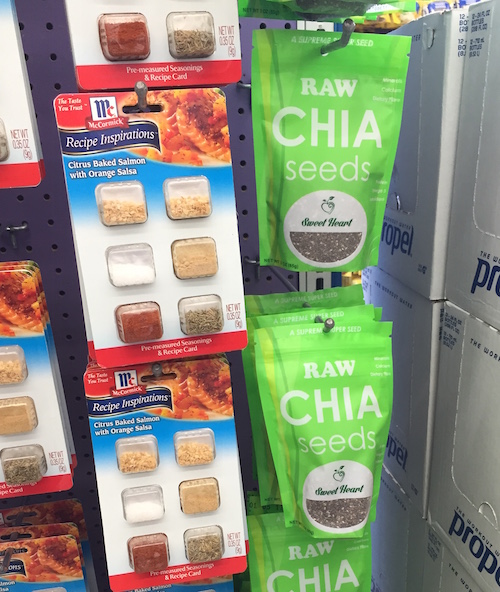 which is where we found chia seeds. 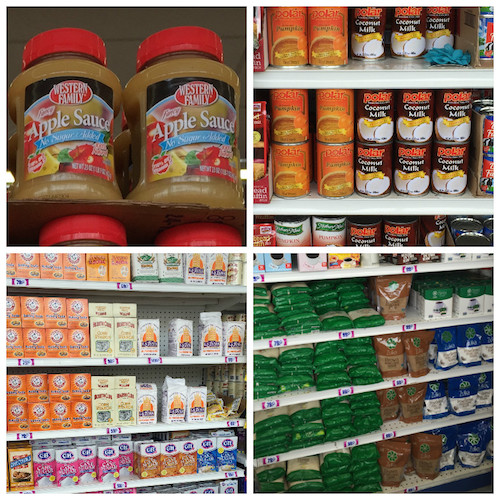 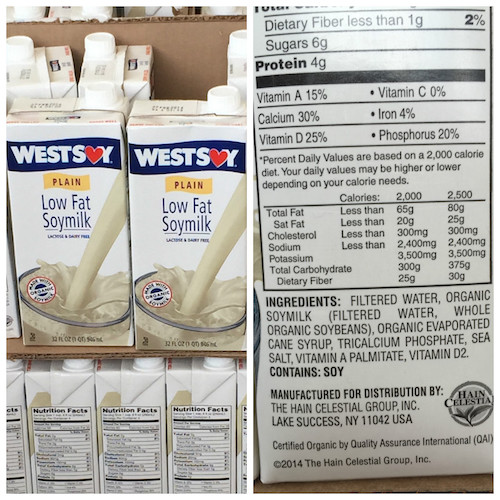 AND there was even low-fat soy milk! 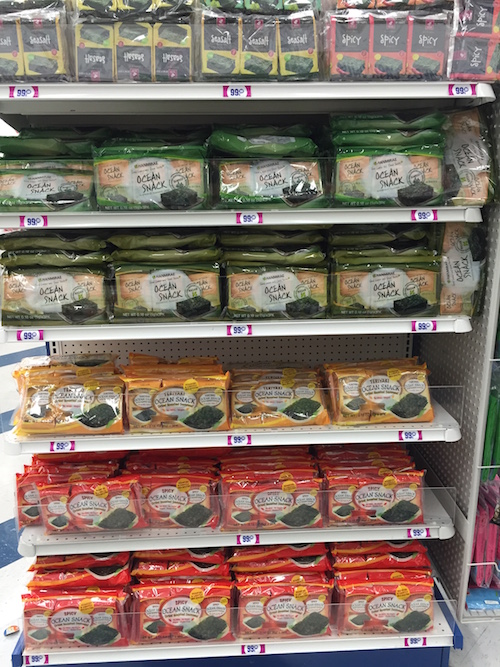 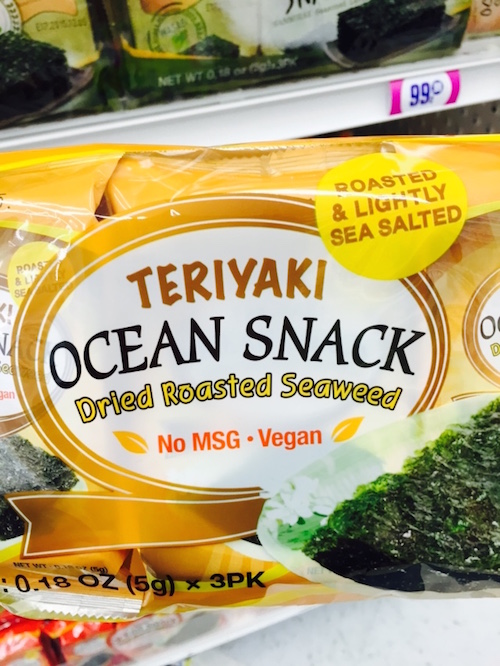 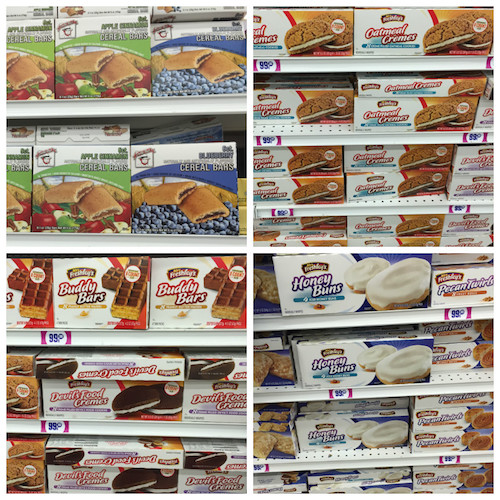 And while they're not healthy by any means, most of their packaged sweets are vegan.

I also set up a mini challenge for Meal Mentor members in the private VIP Facebook group and members forum, asking them to show off their local dollar store finds to have a cross-country variety.

Here's some of their discoveries: 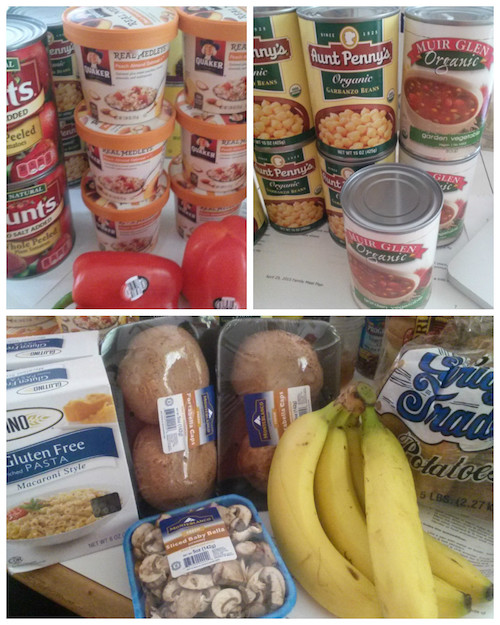 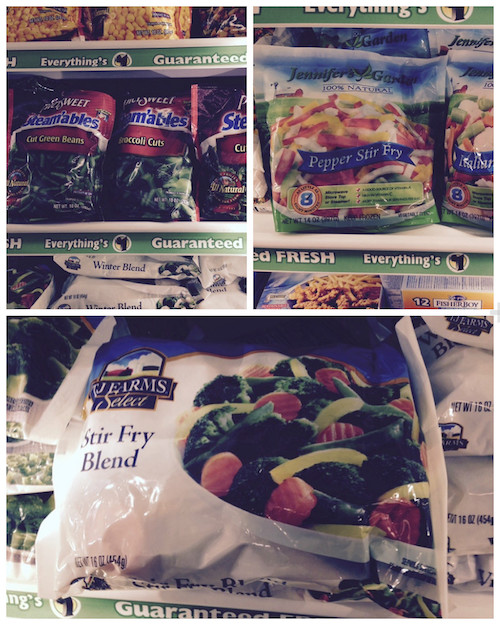 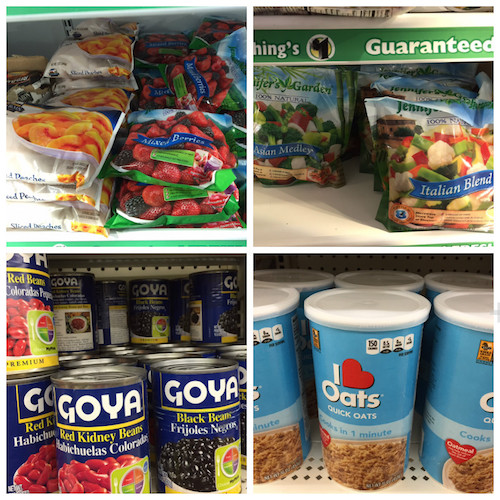 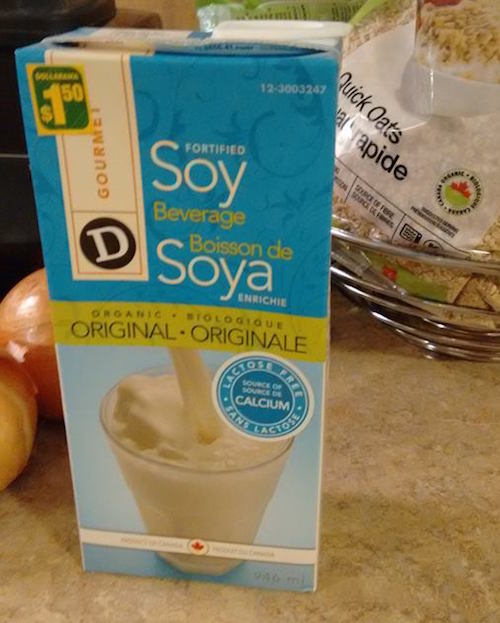 Sarah was excited to discover the Dollarama in Canada sold organic soy milk.

Have you shopped at a Dollar Store/99 Cent Store/Dollar Tree? Share your experiences in the comments!