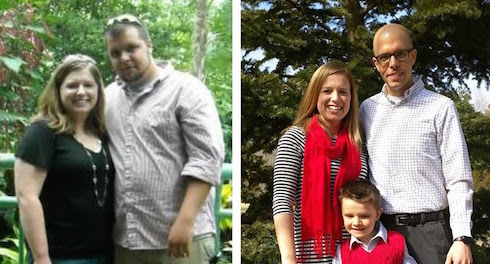 Meet our Herbie of the Week: Adam!

After three years of failed dieting attempts, Adam turned to a plant-based diet in hopes of not only losing weight, but to improve his health. In August of 2013, he told his wife he was going to try it for a week -- which has now turned into 2 years!

Read on to be inspired! 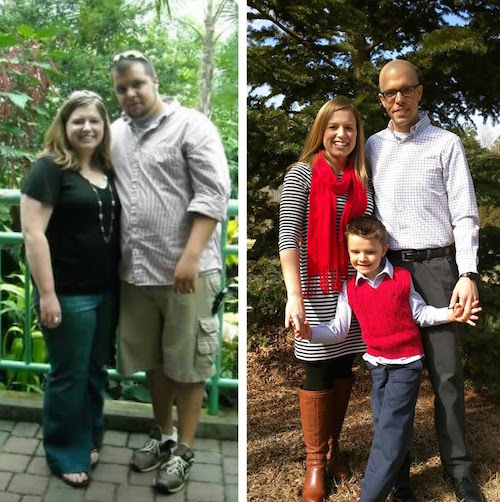 My story starts like many others. Around high-school, age 14 or 15, I started putting on weight. Not a ton, I wasn't obese, but I was noticeably heavier than most of my friends. I graduated high school around 205 lbs. and at 5'9" I had a size 38 waist. At this point in my life I still enjoyed playing basketball, mountain biking, and things any 18 year old enjoyed doing outside. I wasn't running a marathon or competing in the Tour de France, but I was active.

After high school this changed. The newfound freedom and all you can eat buffets that can be found at many colleges, including mine, were too good to pass up. I began a 10 year journey towards obesity that left me 290 lbs at age 28, with a 44 inch waist! There was no more activity, no more basketball or riding, nothing I enjoyed when I was younger. A trip up one flight of stairs would require a break to catch my breath. I've never had much of a sweet tooth, but what got me to this size was fast food, pizza, cheeseburgers, fries and cheese. I thought life just wasn't worth living without cheese. Everything is better with cheese, right?

At 28, my wife gave birth to my son and I was at the heaviest I had ever been. My doctor was starting to discuss things like blood pressure medication with me. I decided I wanted to make a change and lose some weight. I thought just getting back to those size 38 pants would allow me to gain back some of the activity I enjoyed when I was younger. I was motivated in the beginning by wanting to be able to participate in activities with my son as he got older. Just thinking about taking him on a hike through the woods was exhausting. So I started dieting. I tried low carb, I tried the pre-packaged guaranteed to lose weight meals, shakes, almost anything you could think of. I tried exercising and working out every day. Nothing worked for me.

After 3 years of failed dieting attempts I had a conversation with a co-worker about obesity. He suggested I read the "China Study", so I did. Everything I read made sense so I started investigating this way of living, I read additional resources like Ray Cronise's Thermogenex blog. All were pointing to a plant-based diet as not only the best probability for weight loss success but for long term health. On August 5, 2013 I told my wife I was going to see if I could try this for a week, no meat, no cheese, no oil or processed foods. The week went by and I just didn't stop. 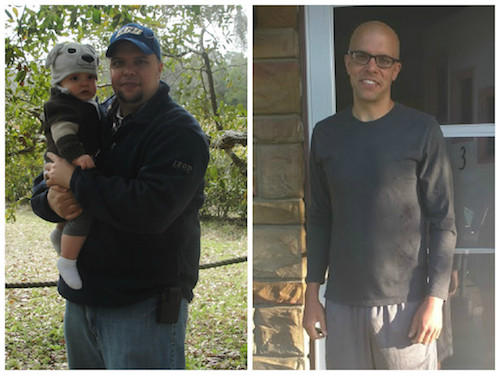 I had the knowledge and I had the motivation but I was missing one thing: practical application. I knew how to make a total of 2 plant-based meals. Every day for the first month of being plant-based I ate the same thing, for lunch a salad, I often used kale as the base with various veggies and salsa as the dressing to avoid the oil, and for dinner a black bean quesadilla. The quesadilla was a meal my family often made, it usually had black beans, corn, salsa, cilantro, onions and especially cheese, loads of cheese for me. This was one of my favorite meals and armed with the recipe, minus the cheese of course, I had a meal plan. That first month eating the same thing every day I lost 20 lbs. I knew I was on the right track but if I was going to sustain the success I had to figure out how to cook plant based.

Randomly browsing the internet for plant-based recipes I found Happy Herbivore! The first meal I made was the Black Bean Burgers from the blog. This seemed like a safe recipe and I needed to mix things up. I loved it! My family still makes them today. I tried a few other things from the blog and decided to buy a cookbook. I bought Everyday Happy Herbivore, I'm not much of cook so quick and easy sounded great to me. I really started mixing up my meals, trying new things, and actually enjoying cooking! By Christmas that year, at 4 months in, I was down 50 lbs.

After Christmas and New Years, seeing my success, my wife began to embrace the plant-based life style. By February 2014 she was committed to being 100% plant-based. We started seeking out new plant based ingredients, cooking meals we never would have thought we would have enjoyed in our old lifestyle. We purchased more Happy Herbivore books, Everyday is still my favorite though, so easy and quick! Our favorite recipe is the veggie lo mein, this is our go to pasta dish, you can take the recipe and mix it up with new veggies every time you make it. By August 2014, one year in I had lost over 100lbs and was well below my high school graduation weight. 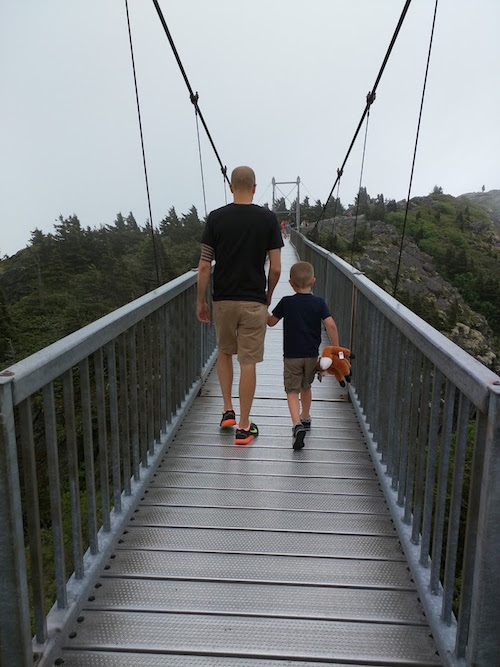 Now almost 2 plant based years later I've lost 135lbs! I weigh 155lbs, I wear size 30 pants, and I am in the best shape of my life. I'm not concerned about going to the doctor anymore, all my bio-markers have normalized, blood pressure, cholesterol, blood sugar, everything! I love running, rock climbing, and playing with my son who is now 5! I compete in races and I have a zest for life that I just didn't have in my twenties. My beautiful wife is also down nearly 100lbs and our lifestyle now is about getting out and living life instead of sitting on the couch eating and watching TV. I have taken up gardening as well. Let me tell you herbies there is nothing like eating tomatoes, peppers, squash, and herbs straight out of your back yard!

Thank you Lindsay and the HH team. Happy Herbivore provided me with so many new plant based ideas and armed me and my family with the knowledge to live a plant based lifestyle. Keep it up, you truly helped change my life! Cheers!

Thank you Adam for sharing your amazing journey with us!