Herbie of the Week: Michael (He's Lost 55lbs & No Longer Has a Fatty Liver) 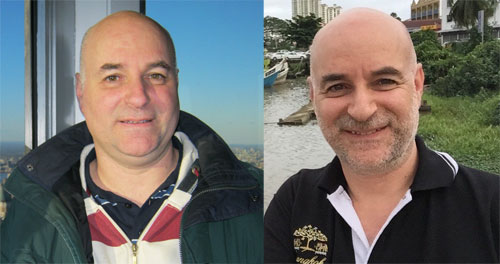 Meet our Herbie of the Week: Michael!

In 2006, much to his surprise, Michael discovered he had high cholesterol and a fatty liver.

After doing some research on a fatty liver and health in general, he came across the plant-based diet and was inspired by the many people who have turned their life around by eliminating oil, dairy, animal products and processed food from their diet.

On January 1, 2012 Michael went fully plant-based and as a result has lost 55lbs, no longer has a fatty liver and his blood tests are all within the normal range!

Growing up I never gave my diet much thought. As a child I was slim, then slowly gained weight when I started work. I wasn't obese but certainly weighed more than I should, with my belly more and more evident.

Lunches, celebrations & dinners have been a pattern when catching up with friends and work colleagues over the years. It's the most common thing to do.

Fast forward to 2006 when I went to the doctor for a routine checkup. No symptoms, just a blood test and some basic tests.

“Michael, I'm very concerned by these blood test results,” my doctor said. “Your HDL & LDL cholesterol are very high putting you at risk of developing diabetes and of a heart attack. It also looks like you have a “fatty liver”. We need to do an ultrasound to further investigate this however you will need to start taking cholesterol tablets straight away.”

I was shocked. I didn't know how to respond to the doctor. When he saw my expression, he reluctantly agreed that I could hold off taking the tablets until after I had the ultrasound tests in two weeks.

I had the ultrasound test (a very unsettling feeling where they injected a dye into my bloodstream). I felt helpless and resigned to now turning into a sick person.

I then searched the Internet for more information about a fatty liver and health in general. I was delighted to discover medical research demonstrating that plant-based diets make us 'heart attack proof'! They also prevent type 2 diabetes, obesity and early stage prostate cancer. Remarkably, those who do not follow these diets and are now afflicted with these diseases may cure themselves by adopting them! 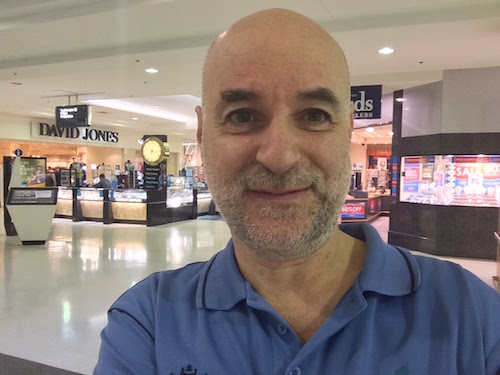 Doctors who advocate plant-based diets eat the same food as their patients. To my surprise, some Olympic champions, body builders and endurance athletes have also thrived by following the same guidelines. In short, these diets are for everybody.

 I also learned about Dr Dean Ornish, Dr Caldwell Esselstyn, Dr Neal Barnard, Dr John McDougall and Dr Gabriel Cousens ... and more & more every day. I became interested in learning more about these doctors and the work they do. I got inspired from the many testimonials of people who have turned their lives around.

It took some time to come to terms with my new diet regime, apart from reading testimonials online, I personally didn’t know any vegans. Not one! As I got my head around this new challenge I was faced with a mixture of emotions from friends and family. They ranged from curiosity to anger. I remember my mother telling me it would be ok to be vegetarian but please, please don’t go vegan!

It took me some time to cut out meat, chicken, fish, dairy and eggs from my diet. I could have cut it out immediately, however, the peer pressure from friends, colleagues and family was overwhelming. Everyone has an opinion on what is best for your health, and these opinions were often quite vocal. It continues to amaze me how our dietary choices seem to polarise people, certainly people look at me differently now.

I made the biggest change on January 1, 2012. I had already cut out meat, chicken and eggs, but then I decided to cut out fish and dairy (milk, yogurt, cheese). To do this, I did a 21-day vegan kickstart. I also asked my nephew and niece to do this challenge together but they both refused, saying that, for them, it would be too hard.

So I went fully plant-based. I actually found that it was fairly easy and tasty once you realise that most foods I grew up with can be made vegan with a bit of tweaking. Maybe my taste buds have changed, maybe I’m just determined, but I no longer yearn for animal based foods. I bought some recipe books from the Happy Herbivore, Forks over Knives as well as online websites like PCRM. I now enjoy trying new recipes whether they be from a recipe book or one of my wife’s delicious creations. 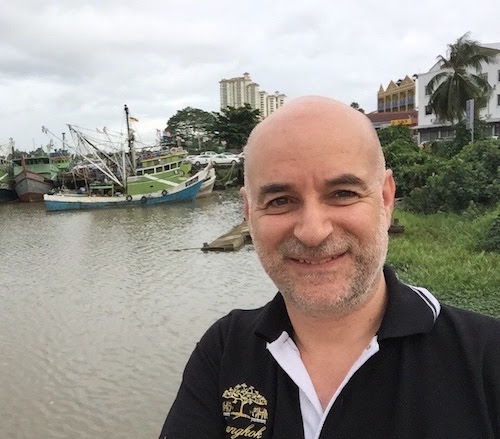 I have never felt healthier and could never go back to eating animals.

       Even though I have changed my eating habits for health reasons, I have also learned about Carnism. Most people view eating animals as a given, rather than a choice; in meat-eating cultures around the world people typically don’t think about why they find some meat disgusting and other meat appetising, or why they eat any animals at all. But when eating animals is not a necessity for survival, as is the case in much of the world today, it is a choice - and choices always stem from beliefs. When I see others eating animals I can’t help visualising the poor animal that is being eaten. I find it really sad.

Recently, I went to a French restaurant. They were proudly displaying a pig carcass mentioning to me as we arrived. I didn’t make any comment about it, however, when they learned that I was vegan they apologised to me and seemed embarrassed that they had it.

Among my circle of friends (within the same age group as me) they are all taking medications, often complaining of annoying side effects, the cost of the medicine and how often they get sick.

Learning about health and nutrition has been a turning point in my life, knowing the truth that I am empowered to live a healthier life by deciding what I put on the end of my fork.

Thank you Michael for sharing your plant-based journey with us!