Herbie of the Week: Benji (He Lost Over 130lbs with a Plant-Based Diet!) 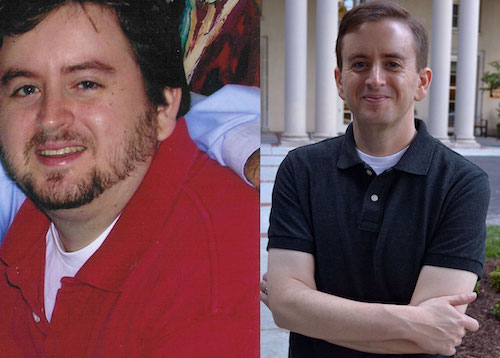 Meet our Herbie of the Week: Benji!

You may remember Benji from the Meal Mentor podcast, but I couldn't resist asking him to be part of the Herbie of the Week series! His story is SO inspiring!

Overweight his entire adult life, Benji stumbled upon Forks Over Knives almost 2 years ago and it forever changed his life. Two years after transitioning to a plant-based diet he's lost over 130lbs, making him half his size!!

Benji is also the mastermind behind the Food=Medicine Conference I’m speaking at (along with my parents and one helluva all-star line-up) November 13-15 in Atlanta!

I'll let Benji take it away...

My world changed on May 25th, 2013. It was Memorial Day weekend and I had promised myself to actually relax a little bit. While perusing the documentaries available for streaming on my DVR, I once again saw "Forks Over Knives". I had passed by this film over the previous months, but I hadn't really thought much of it.

Having been overweight my entire adult life, I knew it was time to go through another low-carb diet cycle that had been the norm for several years. I would deprive myself of all carbs, enjoy all the protein, vegetables and fat I wanted and lose about 30-35 pounds, only to see it come back on when I stopped. Then I would do it all over again a few months later. I knew that it was that time again, and I certainly wasn't looking for "the answer" -- I just was looking for an interesting documentary to watch on a holiday weekend!

Having been as heavy as 278 pounds in recent years, and weighing 258 that weekend, I was certainly obese. And according to the government, I was morbidly obese! BMI charts said that 'normal' weight was 150 and below for someone my height at 5' 5". I hadn't weighed 150 since high school. I would be happy with getting down to my wedding weight of 204 and going from there. But, as I say, I wasn't looking for a solution. 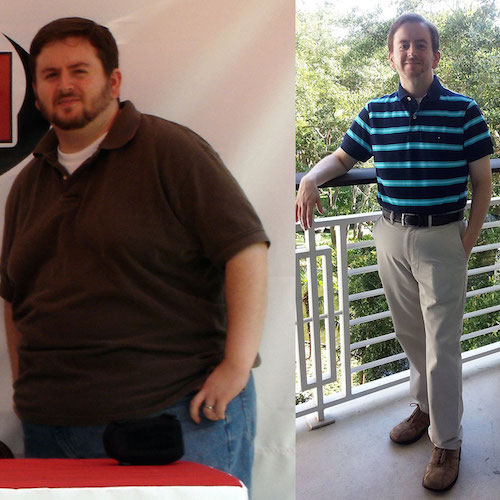 Forks Over Knives was nothing short of life-changing for me. I have not consumed any meat, dairy or eggs since watching it two years ago. And although I did not become fully whole-food, plant-based that day, I certainly became vegan and over the subsequent months, as I became more comfortable and watched the scale continue to go down, the oil and processed food became less and less important, to the point that it is now a rare occasion.

Following a good bit of press that I was very fortunate to receive in July and August of 2014 (such as being named a Star McDougaller, being featured on CNN.com, HLN-TV, and The Daily Mail), I decided to take my entrepreneurial spirit and channel it into educating the public about the life-changing benefits of a plant-based diet on one's health, on animal welfare, and to our planet.

Last year, some partners and I started Vivid Thoughts Press - a boutique publishing imprint dedicated to helping spread the word about healthy eating. Our first published work was by established non-fiction writer Glen Merzer, who has co-written some of the plant-based world's most popular books with authors like Del Sroufe, Pam Popper, Chef AJ and Howard Lyman. Glen's first work of fiction, "Off the Reservation", introduces the world to Congressman Evan Gorgoni and asks the question 'Is America ready for its first vegan president?' I'm so thrilled that it has been received so well! 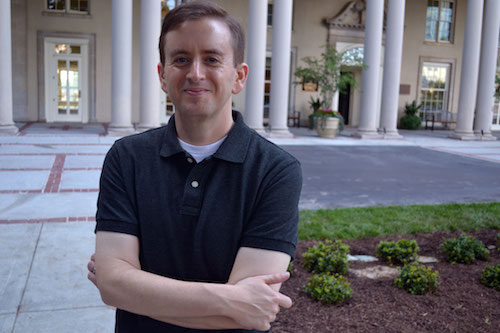 This past October, on the plane ride home from a great plant-based nutrition conference in southern California, I realized that we needed events like that in the South - our health here in the South is just atrocious. We are fatter and sicker than many other regions of the country, and many of the wonderful speakers that we had traversed the country to listen to and meet simply weren't appearing where we live. On that plane ride, I decided that it was time to start a nonprofit and try my hand at putting together a gathering like those I had attended elsewhere. That's when the Alliance to Repair the American Diet and the Food=Medicine Conference was born.

Over the subsequent months, I was truly fortunate to hear 'yes' from so many of the pioneers and leaders of the plant-based movement. We confirmed an all-star roster of faculty, including Dr. Esselstyn, Dr. Greger, Dr. Kim Williams, Dr. Robert Ostfeld, Dr. Alan Goldhamer, and many more, including The Happy Herbivore herself, Lindsay Nixon!

We were thrilled to receive accreditation from Emory University School of Medicine to offer CME credit to physicians, as well as preapproval from the Academy of Nutrition and Dietetics for continuing education credits for nutritionists and dietitians. I'm thrilled to be working with our venue, the spacious, wooded Emory Conference Center Hotel on the campus of Emory University. Most of all, I am truly humbled by the overwhelmingly positive response from our attendees. We are months away and are already having to make plans to accommodate what is going to be a very nice-sized group.

Thank you so much Benji for sharing your incredible story with us!