Herbie of the Week: Carol C (She's Lost 50lbs, Is Off Her Medications & No Longer Suffers From Allergies!) 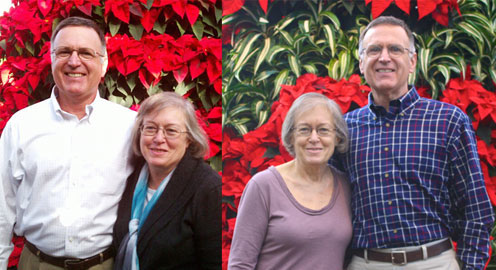 Meet our Herbie of the Week: Carol C!

Tired of suffering from allergies and taking medication for high blood pressure and cholesterol, Carol decided to try a plant-based diet after watching "Forks Over Knives" and reading "Prevent & Reverse Heart Disease".

Within a week she lost 7lbs, which eventually turned into a grand total of 50lbs! She's also off her medications and is no longer in pain, plus she feels lighter and full of energy.

Carol also inspired her husband to switch to a plant-based diet after his doctors had concerns about his acid reflux. Almost a week after removing dairy from his diet, his life-long acid reflux was gone -- and he went on to lost 60lbs!

There's so much more to Carol's story, so I'll let her take it away! 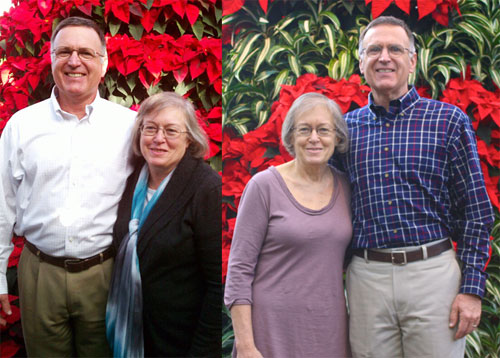 I was very thin as a young woman but gained weight after my third child. I tried Weight Watchers twice and loved the community but hated counting points and always felt deprived. By the time I was 58 I was taking medicine for high blood pressure and cholesterol. I suffered from ragweed allergies, colds, aches, and pains. I had some eye problems and several ophthalmologists asked me if I had diabetes. I was caring for my grandchildren, 3 and 1, full time, six hours away from my home and friends. It was very inconvenient to have to return home for the frequent doctor visits to renew my prescriptions. It was disturbing to think I would feel this way (or worse!) for the rest of my life.

Late August 2011, I watched The Last Heart Attack on CNN with Sanjay Gupta. I was curious about the claim that heart disease could be reversed, because I had never heard that before. I was very impressed with the program and then watched "Forks Over Knives" and picked up "Prevent & Reverse Heart Disease" by Caldwell Esselstyn, MD. I decided to give a no oil, no meat, no fish, no dairy diet a try. If Bill Clinton could do it, then so could I, or so I hoped! It was so different from how I had cooked for 38 years, so I decided I would do it one meal at a time.

The first week I lost 7 pounds and that got my attention. The weight continued to come off and the clothing sizes dropped so fast that I would buy a size smaller and find it too big when I tried to wear it. I was amazed! My cravings stopped and my taste buds changed. I have lost 50 pounds, most of it within the first three months and am off my medications. My aches and pains are gone. My allergies are gone, and I don't get cold or sick despite taking care of small children. My brain fog is gone, and I feel lighter and full of energy. I feel better than I did in my twenties! My only exercise was keeping up with two small, very active children; I have since added some strength training and walking three miles on a treadmill when I can make the time.

Shortly after I made the change my husband called and said he was in the hospital and thought he was having a heart attack. His father had a heart attack in his fifties, and he died in his seventies after years of heart-related health problems. All the tests were run, and he was discharged a couple of days later after being told his heart was fine but there were concerns about his acid reflux. He was scheduled for an endoscopy to rule out Barrett's esophagus and/or cancer and sent home with medicine. He asked how I was eating and started to follow the diet.

After a week of being off dairy, his life-long acid reflux was gone. He had a clean bill of health after his endoscopy and continued the diet. He lost 60 pounds! He was delighted that we were saving so much money by not eating out almost every day. He has been a runner since high school but it didn't keep the weight off. We live in two different cities, so he cooks for himself and manages to stay almost 100% despite traveling around the world. The year after he started being plant-strong, he came in second in his age group in a half marathon. This past October he ran his FIRST full marathon, The Chicago Marathon. He came in 12th out of 557 in his age group (he is 60) and 4,371 out of 40,659 runners! He has qualified for the 2016 Boston Marathon!

My youngest daughter also saw improvements in her health when she adopted the diet. She was a competitive runner in college and used an inhaler. Now she can run without an inhaler. She ran the marathon with her Dad until she had a calf injury at 20 miles and had to stop. She was still full of energy! She is lactose intolerant so being dairy free has made a big difference in her life.

Six months after I started eating a plant-based diet I went to my doctor. He stopped in the doorway in shock and asked what I had done. I handed him the "Forks Over Knives" DVD and "Prevent & Reverse Heart Disease". Six months later I saw him again. He looked great! He has adopted the diet and is sharing the information with patients.

Everyone we shared this diet with, and who has done it 100%, has seen similar results. They are sharing it with their family and friends. It has become my mission! I order books by the box and pass them out to everyone who will take them, from family and friends to strangers. My oldest daughter has made postcards with resources, including HH, that I hand out as well. She helped me present "Forks Over Knives" at our church. Five people there made the change and I just had a chance to share "Prevent & Reverse Heart Disease" with another church group concerned with lowering our carbon footprint. At my age it doesn't take more than a few minutes of conversation to hear about someone’s health issues which provides opportunities to share. My greatest hope is to reach young people so that that all of their years will be healthy and vibrant and that they will feed their children this way from the start. I look back at the way I fed my family and friends and cringe. Now I feel so blessed to have oatmeal for breakfast with my grand daughters in the morning!

To anyone who wants to start eating plant-based, learn from my mistakes. I shopped all over town to buy foods mentioned in the books. Now I say empty the house of everything not on the diet. Buy rice, grains, potatoes, lentils, beans, veggies and fruits, flax meal and some B-12. Make simple meals and eat one meal at a time and give yourself a month to feel the changes. I have oatmeal with flax meal, chia, and fruit every morning (I almost never ate oatmeal! I swoon over it now!) For lunch or dinner, I start out with greens and veggies and potatoes, or grains and add beans or lentils. I used to love bread. Now I almost never eat it. I used to be a big baker. I rarely bake now. We do have some tried and true recipes that we will make, and when we do I make extra and freeze it.

One of the first HH recipes I had was Lindsay's Blue Corn Chickpea Tacos. Everyone loves it. I cooked for years and have a house full of cookbooks but eating this way has made a cooking minimalist of me. I don't need several courses and lots of variety anymore. In fact, too much variety of these wonderful dishes can mean overeating for me. My youngest daughter and I cooked from Holidays & Gatherings when we got together recently and it was a little too much of good things!

When I started my journey I had to really search the internet for resources. Now there is so much information and online support and inspiration. I love all of the success stories. The health benefits go so far beyond the big three of heart disease, cancer, and diabetes. It has been over three years, and I feel I am still improving.

Thank you Carol for sharing your plant-based journey with us!