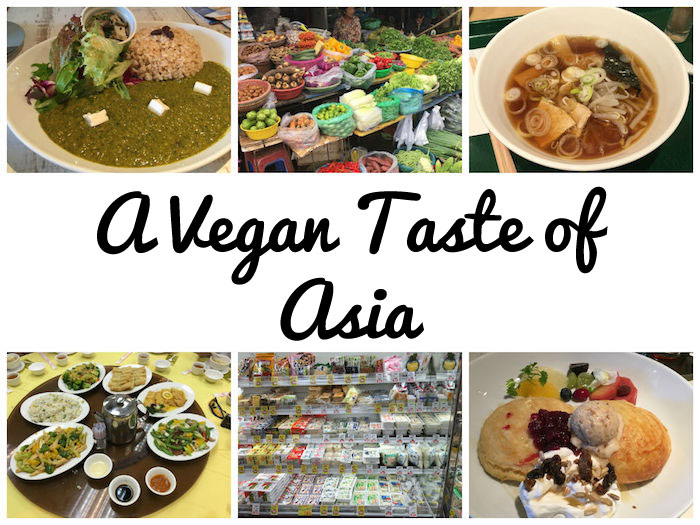 After writing Vegan in Europe, I decided I needed to explore a new continent :)

(I suppose I technically went to Asia when I stayed in Istanbul, but that doesn't really count, right?!)

Although there are so many places we want to see in Asia (The Great Wall is on my bucket list!! As well as the elephant sanctuary in Thailand--next! Plus INDIA!), I knew we had to start somewhere and opted to do a little... sampling.

We also did something out of character for us: We went on a cruise!

From the moment I started HH, I didn't know how I'd ever take a day off (the internet is 24/7!) let alone go somewhere without internet. (I've blogged before about how being unplugged for 24 hours was terrifying and one of the hardest things I ever did).

Going on this cruise was a huge victory lap.Not just a celebration that I'd finished writing books (My new cookbook Holidays & Gatherings has just arrived! and the enhanced print version of the Guide will be here in May!) but that I (finally!) have a firm grip on my OCD + overcame my paralyzing fear, anxiety, and depression. Woo!

The biggest lesson for me has been the power in small steps. (Yaknow, progress not perfection!) That 24-hour challenge changed my destiny. It seems so insignificant, but it put me on the road to recovery. (Of course I had no idea it would be so monumental at the time.) I built on that, brick by brick. I took more days off. I put more trust and faith in my amazing team (Carly & Jamee, you are the BEST EVER! I mean it!!), I took more days off and started letting go.

A little internet challenge did what thousands of dollars in therapy could not!

It was not about talking about it, thinking about it, or wanting it anymore. It was about DOING it. Doing whatever I can, right now, and building on that.

But enough about me :) Let's talk about the FOOD in ASIA!

Although I took and studied a good bit of Japanese before our trip and have fun speaking it, I'm totally illiterate. I can't readJapanese... AND I'm totally clueless when it comes to Chinese, Vietnamese, etc.

This little issue, plus the fact there isn't a bus/train system in Asia (like Eurorail in Europe) and flying around between places can be quirky (if not expensive) we thought traveling by boat seemed easiest.

I also had a lot of concerns about eating -- how would I communicate my needs!? Is there fish sauce in EVERYTHING!? I liked the idea of always knowing a salad bar was available and waiting for me :)

As such, we didn't eat out a lot, and I'll do another post next week on my cruise and what I ate on the ship, but I do think I was more worried than I should have been.

While there is a huge language barrier for the English-speaker in Asia, I've found vegetarian was widely understood, and it's understood as what we call "vegan" or "strict vegetarian."

Many Asians are Buddhists, and many Buddhists are strict vegetarians, which means there are both ample options and a wide understanding of this dietary restriction.

For example, Scott and I signed up for two day-long tour excursions, both that included lunch. We assumed lunch would be a wash for us, but both times the tour guide started by saying "are there vegetarians on the bus?" (We also weren't the only ones! yay!)

Fresh produce markets are everywhere and cultural. You can also find lots of people selling fresh fruits on the street. 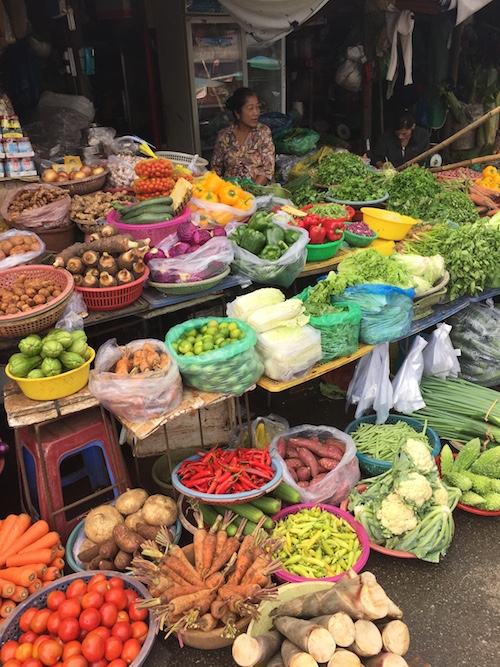 You can rely on these for foods.

I also found "street potatoes" in many places. The supermarkets also had already cooked potatoes. 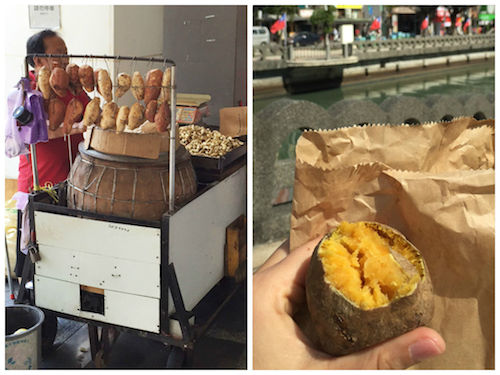 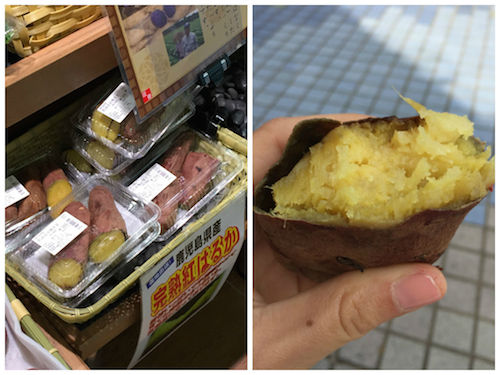 Asia is also the land of tofu. I'm usually a take-it-or-leave-it tofu eater, but the tofu in Asia was so good I would go at it with my chopsticks. No soy sauce, no nothing! 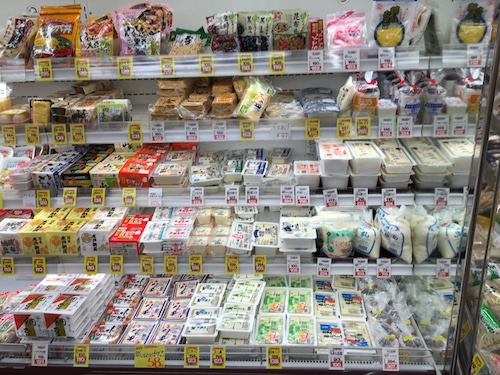 Scott is obsessed with tofu so we pilgrimaged to the best handmade tofu place in all of Japan: Tokyo Shiba Tofuya Ukai. It was $16 (yep!) and worth every penny. 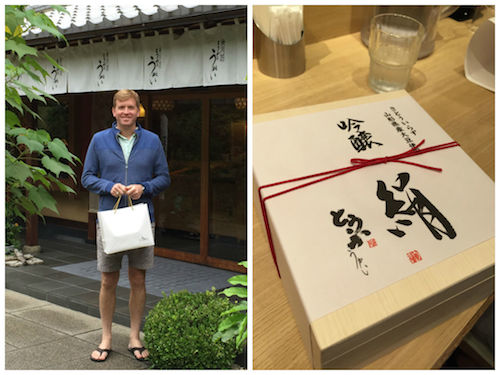 (It also didn't give me the toots... if you have that usual problem with soy! LOL)

As for fish sauce(or Oyster sauce), this seems more of an "American" dining problem. It's used in Asian cooking, yes, but all the local chefs I talked to said they didn't use it all that much.

The real problem with Asian food in Asia is that most of it, even what you think is vegetarian -- like noodles, is not even a little bit vegan. Most noodles are made with egg (soba is usually vegan, and gluten-free) but even if you find vegan noodles, the broth they are cooked in or served with, almost always uses all kinds of random animal parts.

That's not to say you'll starve!There are plenty of vegetarian restaurants everywhere (even in the smaller, less touristy cities. I counted four just walking around Keelung in Taiwan, for example) and restaurants in the bigger, urban cities (like Singapore, Ho Chi Minh City, or Hong Kong) will even have little designations or icons indicating vegetarian dishes on their menus.

I always found or saw all-vegetarian restaurants walking around, but if you do some planning beforehand (say check Google and Happy Cow) you'll find a ton of listings. If you stick to those places and plan to go to them, you'll be fine. Otherwise you'll wander around feeling deprived or hungry. 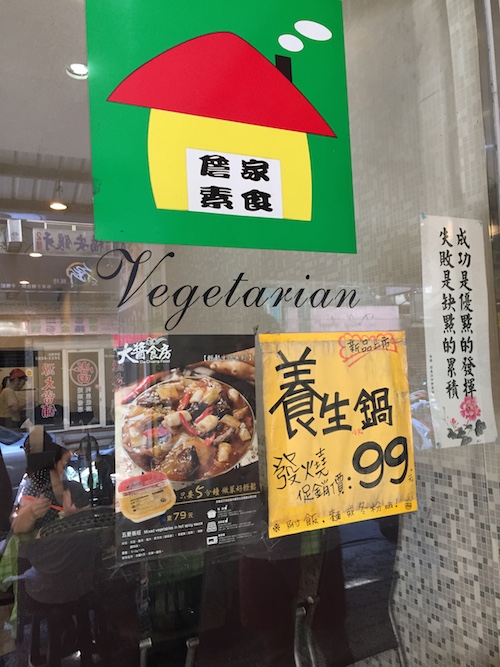 There probably are a million amazing vegan options at any restaurant, but if you can't read or speak the language how can you make it work? Yaknow?

Or just go on a cruise. LOL. 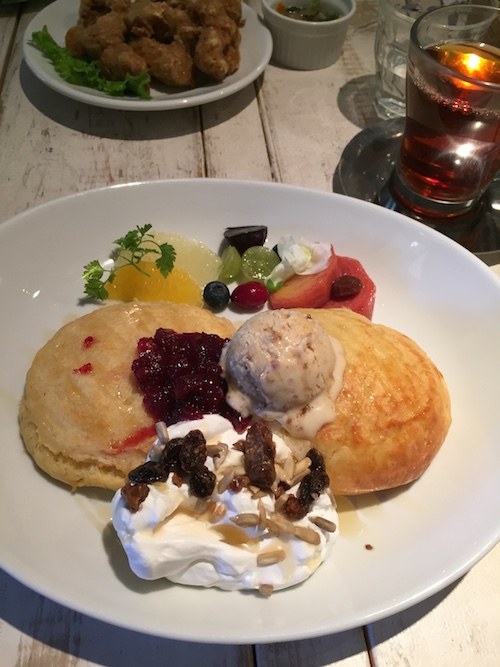 This was the "vegan pancake special" at Ain Soph. Yes that's ice cream and cranberry sauce on the pancakes! How it came out! The pancakes tasted like crossiants! It was a totally new experience for me. Scott was obsessed. 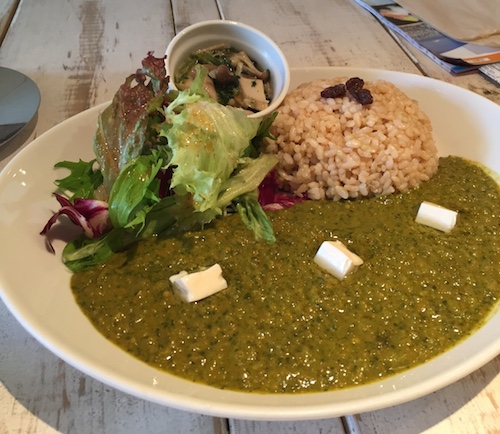 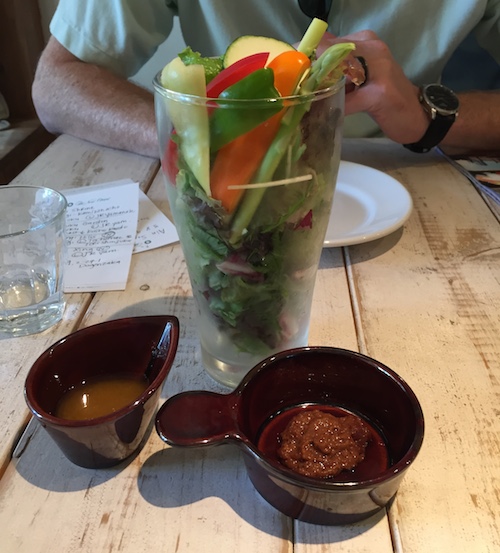 I also LOVE how they serve a salad. I ate it out of the glass with chop sticks and then dumped it on my plate. 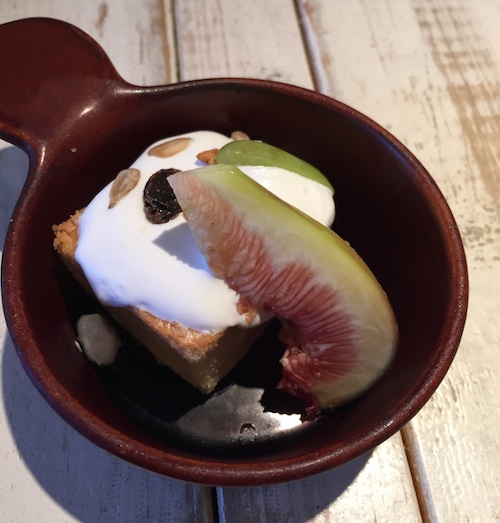 They also gave us a complimentary slice of vegan cake. The portions in Asia are very small by American standards, but I loved it. This cake was maybe 2 inches. You can see the fig size for scale.

We also wanted to try authentic ramen. Ramen is not vegetarian in Asia, unless you look specially for vegetarian ramen. It took effort but we found T's, which is crazy popular with locals (there was a huge line!) This ramen was amazing and so different from any kind of noodle dish or "ramen" I've ever had before. I must find a way to recreate it! 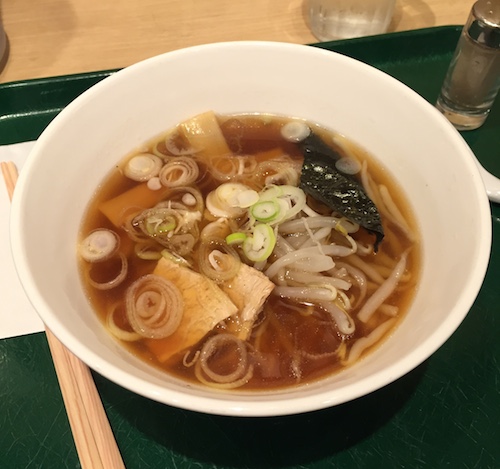 These are the tiny noodle shots all over Tokyo. They sit 4-8 people and are hidden in dark corners in dark alleys: 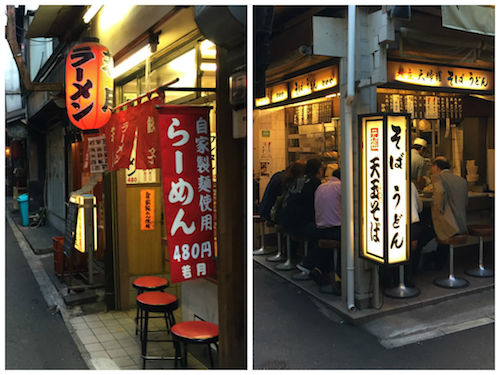 I've always liked tea, but really got into it in Europe. High Tea is popular in a few places (especially Singapore) but they also have an interesting selection of teas you wouldn't normally find in America. Although I'm usually not a lemonade person, I couldn't pass up this Kumquat Green Tea Cooler in Taiwan, especially since it was SO HOT outside. 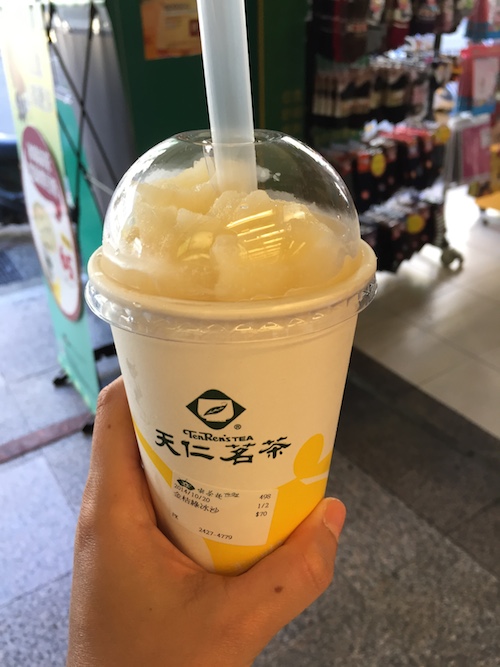 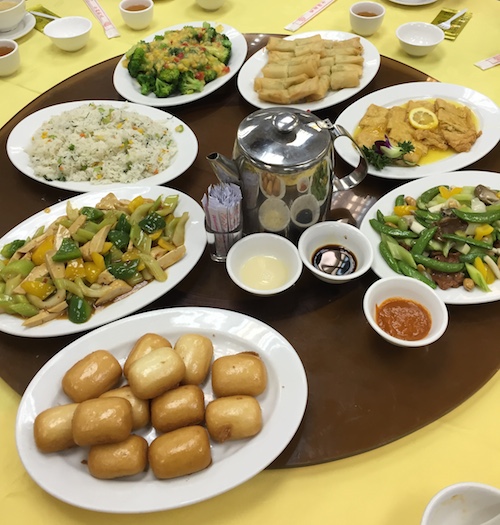 Perhaps my favorite "eat out" meal of the trip was at the Po Lin Monastery in Hong Kong. It was strict vegetarian, served "family style" -- all these plates on a lazy susan to be passed among myself and 8 other diners (all strangers before the meal!). This is common in many restaurants in Asia. I really like it! 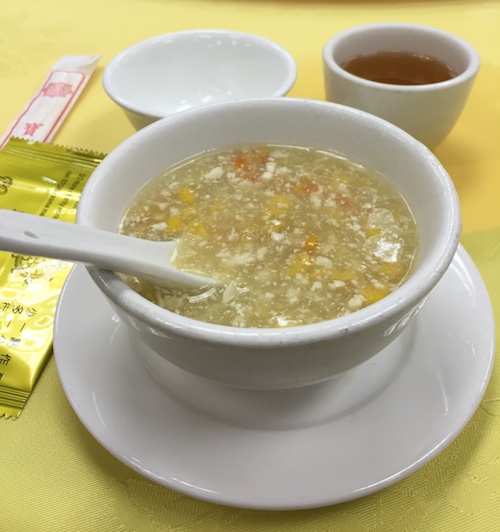