Herbies of the Week: Where Are They Now? Diana & Lucy, Darlene, Leah & Jeremy - A Year Later 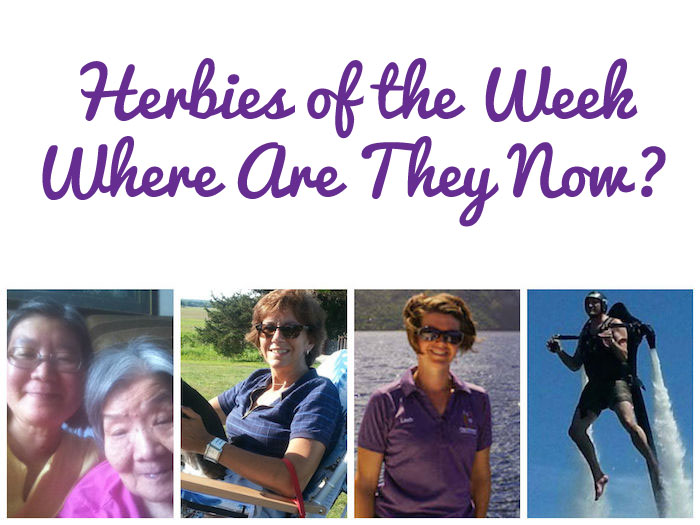 I think my crowning achievement on this blog has been the Herbies of the Week series, which I look forward to every Monday!

I've decided to start reaching out to our past Herbies of the Week to see where they are today, a year later.

After her mother, Lucy, had a stroke, Diana and her mom went plant-based when they saw an episode of Dr. Oz. Within three months they lost 30lbs and went down in pant sizes. Lucy was also able to reduce her blood pressure medication and Diana no longer has rosacea. (Read Diana & Lucy's full story.)

Update:"I have to admit that taking these selfies aren't my thing but I'll admit, we do look good being plant-based for a little over three years now! Just last year my mom suffered another stroke because neither she nor I were ready to stop snacking in front of the TV, a ritual which most likely was the cause. The doctors at the hospital gave her several brain scans and told us the worst news ever: they could not do anything else because the blockage was in her cerebral cortex. I prayed hard that she'll recover, after all, she's plant based like myself. I suppose I was getting a bit cocky for being plant-based and that it will heal everything. That nothing would have my mom suffer another stroke, even though her doctor did tell us that after the first stroke, the percentage of her getting another stroke increases. We weren't totally plant-based, more like 95%. It was the hardest three-days spent in that emergency room. As each scan came out, we saw the blockage came quickly but had also left just as quickly. She spent three weeks total in the hospital. She was not a candidate for strenuous physical therapy workout for recovery. So, when she came home, I helped her do her exercise using what that hospital physical therapist suggested. In two more months after she came home, she was pretty much back to the physical state from her first stroke. She is still using her quad cane to walk and at times, she needs my help. Unfortunately, she lost a bit more vocabulary this time. From that time onwards, I kept herself and me strictly plant-based without snacking. Both she and I lost a bit more weight and we are both another pant-size down. Being my mom's caregiver takes a lot of work which is why I could never stop being plant-based not just because of our frightful experience, but also because of my own physical health. My eyesight improved a bit; my past injured knee though has its wave of arthritic pain will always subside; and my back pains also will never stay. So indeed, I am thankful both to God and to being plant-based, so much so that I spread the plant-based "gospel" for prevention and healing. I even brought one of my friends to Dr. Greger's seminar and she went plant-based immediately. There are already several, including one of my pastors and his wife, who have gone plant-based."- Diana & Lucy 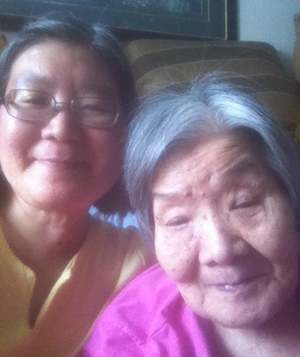 Darlene suffered from chronic pain after injuring her back at work. Between impaired mobility and depression, she started to gain weight. Darlene tried to lose weight by calorie restriction, but that made her ill. Once she discovered Forks Over Knives, things began to change. Darlene went on to lose 65lbs, lowered her cholesterol, improved her osteoporosis, depression and is able to walk without her cane all thanks to a plant-based diet! (Read Darlene's full story.)

Update:"I continue to follow a plant-based diet and have lost an additional 10 pounds in the year and a half from being Herbie of the Week for a total of 105 pounds lost, 75 pounds since becoming plant-based. I continue to have no signs of depression (and during this time, I lost my mom). I may have possibly cured myself of glaucoma, as well. I was diagnosed with glaucoma in my left eye about three years prior to becoming plant-based. Although my father and my grandmother also had glaucoma, they weren't obese and didn't develop it until they were in their 70's. I was in my 40's and obese when I developed it. Since there are nutrients like lutein and anthocyanins that are beneficial to eye health, I wondered if becoming plant-based could reverse glaucoma. I did some research but all I could find was that it can help prevent glaucoma. I gave my ophthalmologist a copy of Forks Over Knives and discussed with him my theory. Since my glaucoma was very mild and only in one eye and with the consent of my ophthalmologist, I stopped taking my glaucoma drops. I have been monitored closely for over a year and my eye pressures remain normal and there has been no sign of disease progression. In fact, upon visual examination of my optic nerve, my ophthalmologist has noticed the early narrowing to be slightly less but isn't convinced yet that it is reversing. Fingers crossed. Since stopping my medication, nutritionfacts.org has posted a video of a research study that was able to halt the glaucoma by giving black currants (high in anthocyanins). Dr. Greger recommends everyone with glaucoma eat berries and other foods high in anthocyanins (purple or blue in color) every day which I have been doing since I stopped using glaucoma drops.My problems with my back continue but I continue to feel so much better in other respects because of eating a plant-based diet."- Darlene 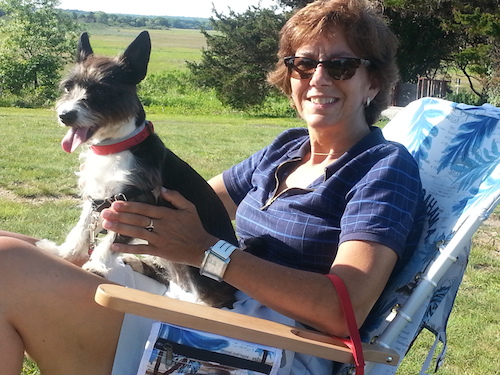 It took Leah a couple of years to find the plant-based diet, but when she did, she knew it was time to change her lifestyle. Once she educated herself, Leah made the switch and lost 75lbs! As an athlete, she was also able to recover more quickly. "Eating plant-based is so second nature now, I couldn't imagine turning back." (Read Leah's full story.)

Update:"In December I will be 3 years plant-based. I maintain by exercise regimen (running, boxing, strength training) and I can't tell you how good it feels to not be a slave to food! By being plant-based I don't have the cravings I used to and I recover quicker after workouts. My job keeps me very active and while other agents are having a difficult time climbing stairs, climbing hills/mountains, being on their feet all day, etc. I feel like I could go all day! Not carrying around all the extra weight makes a difference physically as well as mentally."- Leah 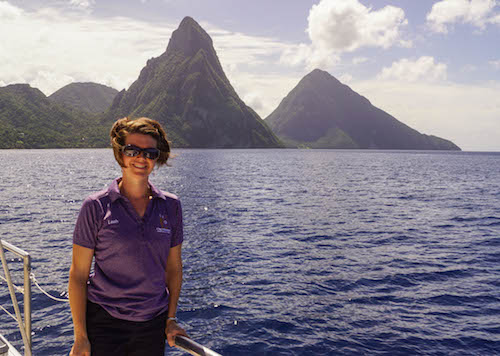 Jeremy switched from paleo to plant-based when he was in a rut with his athleticism and immediately noticed a change! Within two weeks, his energy levels were up, he recovered faster from workouts, was more focused, and able to think more clearly. Jeremy also dropped 17 pounds of body fat and gained 9 pounds of muscle! (Read Jeremy's full story.)

Update: "Since being Herbie of the Week, I've really upped the adventure game. I spend my free time jetpacking, rock climbing, hanging out with adventurous friends and living life to the fullest every single day. I went camping and rock climbing last weekend and brought a bunch of plant strong foods to the rocks. My friends were amazed at how delicious the food was. I've taken a hiatus as a personal trainer to focus more on my own training and adventures, but I'm still helping friends become stronger in nutrition and fitness. I've undergone a bunch of positive changes in my personal life over the last year and I'm excited for this next chapter. I have great friends, an amazing life and I love living in Los Angeles where so many adventures are right at my fingertips."- Jeremy 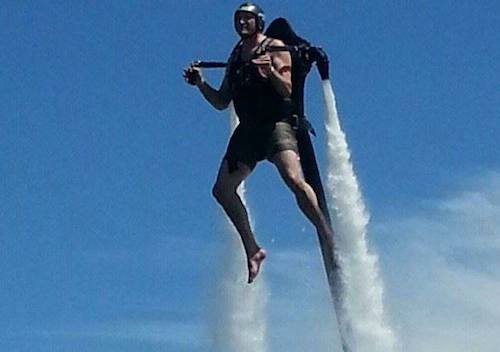 Big hugs and thanks to all of our Herbies of the Week! We are so happy to see you're still chopping carrots and taking names a year later!