Herbie of the Week: Stephen (He's Off His Medications & Down 75lbs!) 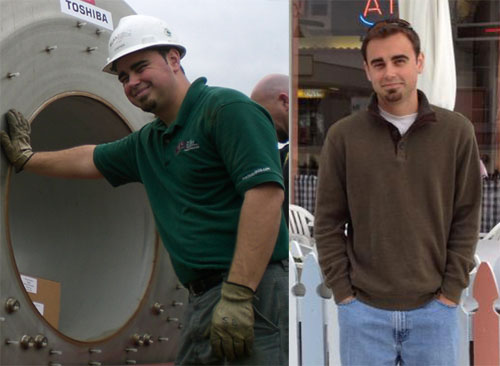 Meet our Herbie of the Week: Stephen!

After years of unhealthy eating habits, everything changed when he met his wife. Once she went vegan, Stephen decided to follow in her veggie footsteps and started to notice all sorts of changes -- both mentally and physically.

Before long, Stephen was off his medication for anxiety and lost more than 70lbs!

Read on for Stephen's inspiring story!

After years of eating unhealthy I became more and more concerned with my weight, health and over all well being. After high school, I stopped exercising and started working for a company which put me on the road for hours or days at a time. I would eat out not only every day, but almost every meal.

It wasn't until I met my wife that things started to turn around for me. Based on her being vegetarian (at the time) we would begin cooking meals in, rather than going out as much as I used to. She then went vegan after some of her own health reasons and I explained to her that it didn't make sense for her to cook two separate meals for dinner each night, I would just have whatever she was making for herself.

Once I started eating vegan and started to see a difference not only physically, but mentally too, I realized this was the right decision for me. I was able to get off of every single medication (for anxiety and anti-depressants) I was on for YEARS! I can't even remember a time when I wasn't on medication. I feel better than I've ever felt and I'm more confident and outgoing than I have ever been. 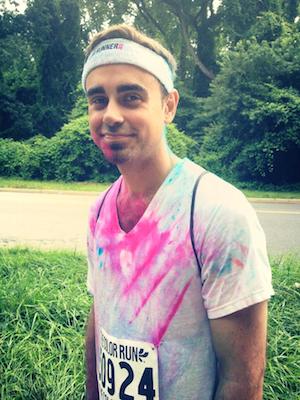 The hardest part for me was giving up dairy. Who doesn't love a good cheeseburger every now and then, right? Well, now it's more like a veggie burger with daiya cheese, but it's delicious and I feel so much better after I eat it than I would with a regular cheeseburger.

When I met my wife I weighed 215 lbs and I'm now a healthy 140 lbs. To this day, I have been vegan for almost 2 years. After a recent visit to my doctor, my blood pressure is perfect (120/78) and my doctor couldn't be happier! I am at a point where I am maintaining my weight healthfully but I do enjoy my desserts, just a little differently now than I used to. My wife makes a delicious avocado pudding that I love and we buy vegan almond ice cream that I could eat a pint of at a time! {But I choose not to!}

A lot of my motivation for this change was to be healthier, but I felt so sluggish when I was over 200 lbs that I really just wanted more energy. I love to kayak, bike, run and do other outdoor activities and I found that they weren't getting any easier the heavier I got. I hope my story inspires you and gives you a reason to toss the burger and grab some veggies!

Thank you so much for sharing your story with us, Stephen!