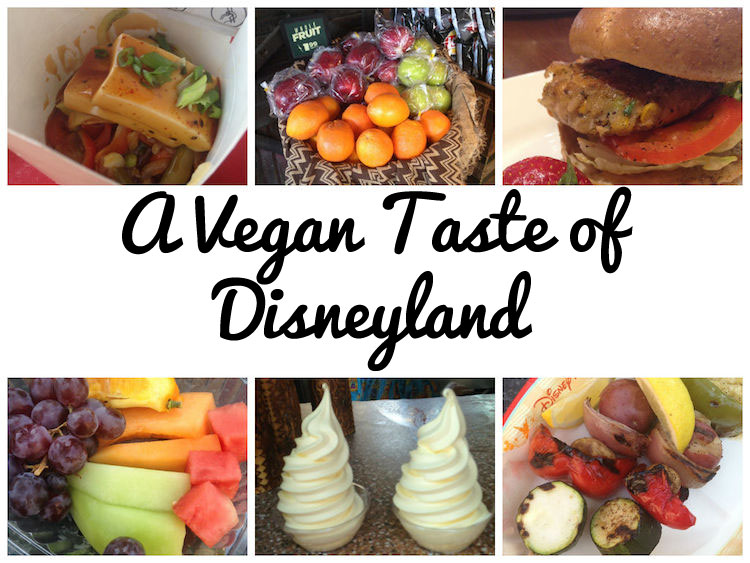 On Wednesday, Team HH and I visited the Happiest Place on Earth (a.k.a. Disneyland and Disney California Adventure). 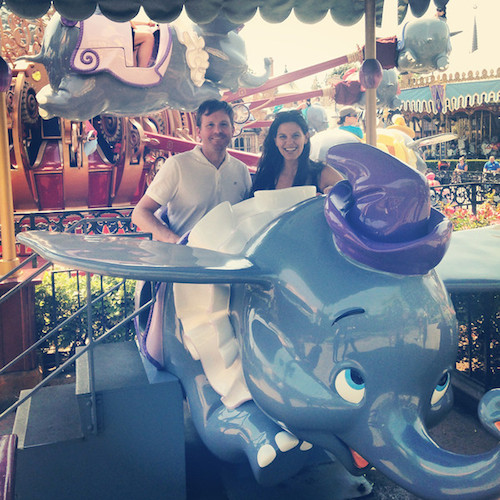 One of my assistants is California-born, and loves Disneyland, so when I casually dropped into conversation I'd never been, she said "Umm... I think HH HQ needs a field trip." Actually, she just looked at me like I was a space alien, and with a slight hint of pity, which I translated to meaning we needed to take a field trip to Disneyland ;)

(I lived in Florida for most of my tender years and had many trips to Disney World... I had just never been to Disneyland).

When I suggested the corporate retreat to Mickey's house, another assistant pointed out that we get a ton of emails asking about vegan options on vacation, and especially at places LIKE Disneyland. In fact, last year I fielded 25 emails about Disney alone. (I answer a majority of the vacation and travel questions in my new book, The Happy Herbivore Guide to Plant-Based Living out May 13th!)

Clearly we needed to take one for the team, go to Disney, eat too much, and ride too many rides to do some research for you ;)

As a disclaimer, we weren't able to stop by every single restaurant (there are too many) and sample every veggie-friendly option (that would be incredibly expensive), but we did check several menus at both parks (to give you a good idea on what's available) and where possible, we tried to take pictures so you could also see the prices.

BTW, the entire team felt the prices were reasonable for a theme park. Maybe we aren't the best judges since we live in LA, but I bought this fruit platter (below, by skewers) for $3.69, and I've paid more for less food in grocery stores as well as airports.

Overall, we were pleasantly surprised to see how many healthy options were available throughout the park (especially for an amusement park -- I went to 6 Flags a few years ago for a birthday party and couldn't find a single banana, let alone a salad or vegetable dish).

Fresh fruit carts and bottled water (as well as water fountains) were everywhere. 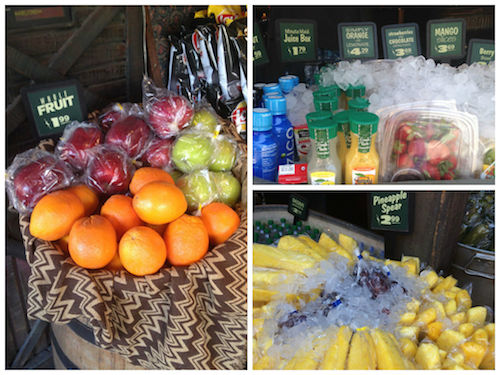 If you want to stay plant-perfect (100% whole foods, no oil) it is possible. I stayed plant-perfect all day (except for the Dole Whip, I can't help myself there). I had a lot of fresh fruit, plus brown rice, and tofu, both pictured below. You can also find steamed vegetables like broccoli, and fresh salads, at most restaurants.

Restaurants:Most restaurants had vegetable options or vegetarian options that could easily be made vegan if you omitted the cheese. A good number of restaurants also had vegan items on the menu (and were clearly labeled "vegan").

The Staff:Knowledgeable and helpful. Everyone we talked to knew what vegan was and were able to tell us what we could and could not eat. At one point we must've looked lost, because two women pushing a popcorn stand asked if we needed help. Scott said, "I'm hungry. We're trying to find vegan food that's not fruit" and the women immediately listed off three near-by restaurant options.

We also "tested the waters" asking people in candy shops, and other stores, and were blown away how every person we asked was so knowledgeable about our dietary choices and limitations.

If they aren't sure (or you would like them to double check), they will ask the chef (and I've heard on numerous occasions the chef will come out and personally talk with you about your dietary restrictions).

For more information on Disneyland and Disney California Adventure restaurants, you can always browse the dining guide on their website. Disney also has a great printable PDF of vegan items available at different locations.

Our first investigatory stop of the day was the Bengal Barbecue (located right across from Indiana Jones and the Jungle Cruise). I was doubtful a BBQ place would have anything to offer, but I love a good challenge.

Boom!The third item on the menu was the "Outback Vegetable Skewer" ($3.79)
My team loved the skewers and said they were seasoned perfectly and the right tenderness. I ordered a "fruit cup" and was shocked to see it was more than a "cup"! 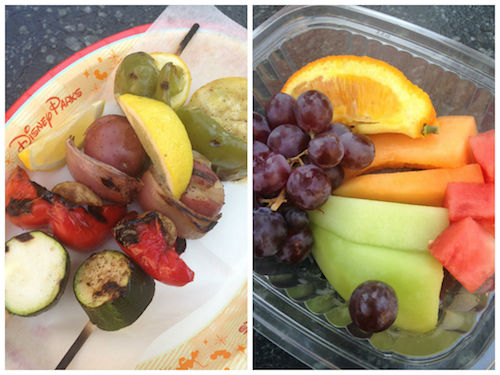 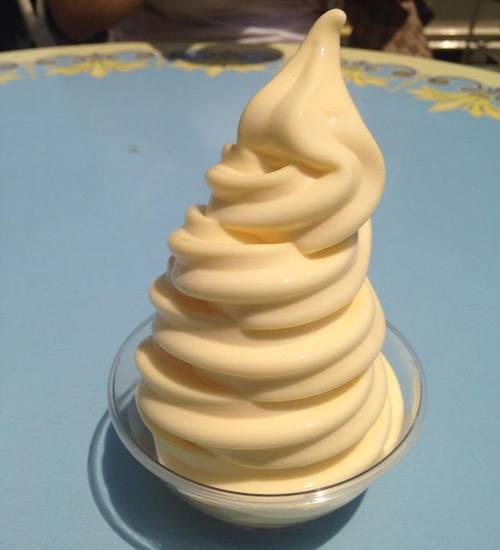 Before digging in, I posted a picture of my beautiful Dole Whip on Facebook, and I had no idea how much controversy there would be! More than 200comments!

One of my assistants has a serious dairy allergy, and I'm allergic as well, so we did a TON of research on Dole Whip (before, during (literally standing in line) and after my visit) and here's the deal: Dole Whip is vegan. In 2013 they reformulated the recipe and removed sodium caseinate from the recipe.

In case there are any lingering questions, Precision Foods, the maker of Dole Whip, includes this statement on their website (along with the list of ingredients):

Vegan Statement: The ingredients used in this product do not contain dairy, therefore, the product is considered dairy free. The Rabbinical guidelines classify this product to be kosher-dairy. Allergen control and sanitation procedures are in place and are strictly followed. In addition, this product does not contain any animal based ingredients.

The pineapple flavor is the only one offered at Disneyland, but Dole does make other flavors (like orange and strawberry). However, not all of them are vegan.

After hearing that the Carnation Cafe offers a vegan burger via Facebook (thanks Jennifer!), we decided to head over to the sit-down restaurant located on Main Street to see what it was all about. Every single person on my team felt it was waaaay too salty (even my husband, who usually likes salty things) but that didn't stop anyone from finishing ;) We all agreed that its cool to see a true homemade veggie burger (see all the veggies peaking out?) and not a frozen Boca burger. We're hoping the chef just mis-measured the salt that day.

The burger comes on a multigrain bun with vegan chipotle mayo, lettuce, tomato, pickled onions and is served with fries or fruit for $11.99. 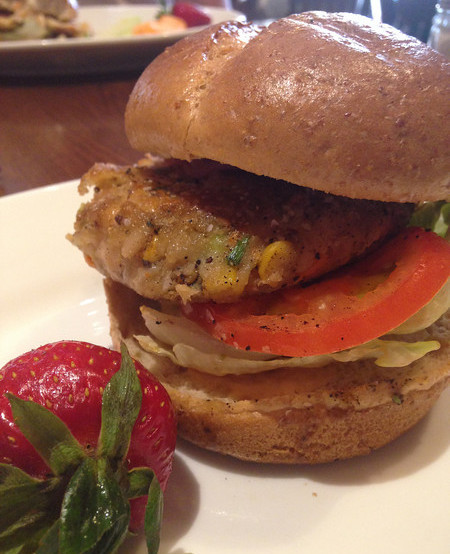 This was a great find! Scott ordered the Rice Bowl with tofu (yes! there's tofu at Disneyland!) and teriyaki ($10.49). Noticing the kids meal came with brown rice, I asked if it was possible to get just a side of brown rice. They happily did that for me, but then the side was a mini side since it was a kids portion. I'd recommend ordering at least two. I ate my rice with mango slices. 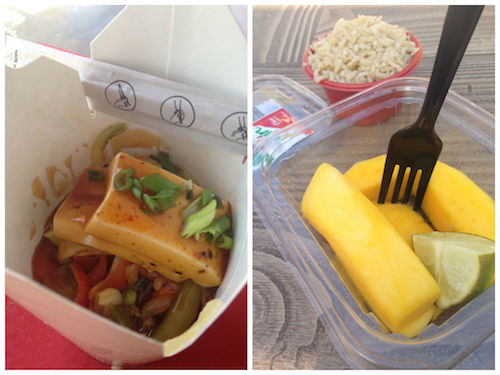 I didn't personally eat at any of these locations, but I wanted to make a comprehensive list to show you navigating Disneyland/Disney California Adventure is possible. You should inquire about specific ingredients since not all of them are listed on the menus and they can change without notice, but they should be able to accommodate you. 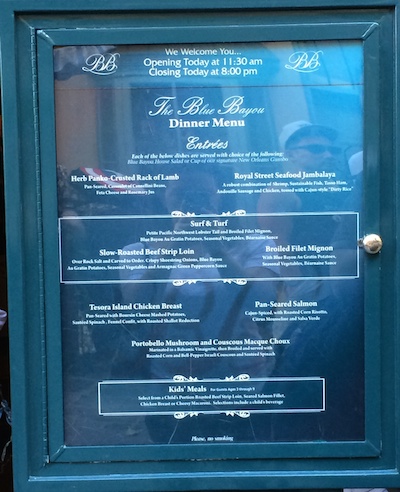 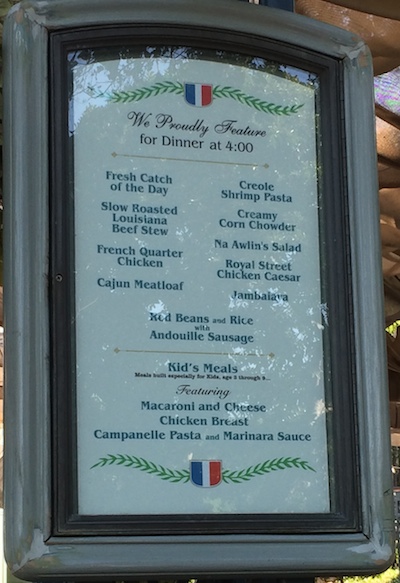 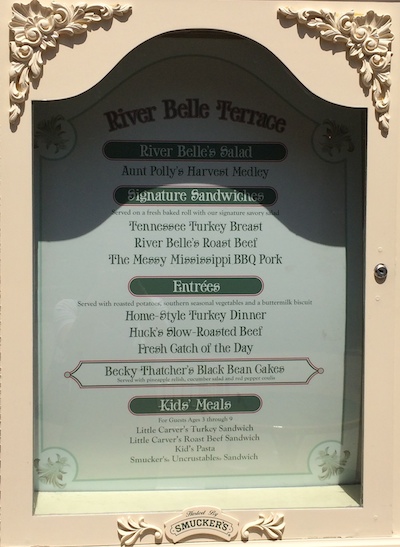 Burrito Sonora (with veggies, without cheese or Guajillo Sauce)

Tostada Salad (with veggies, without cheese) 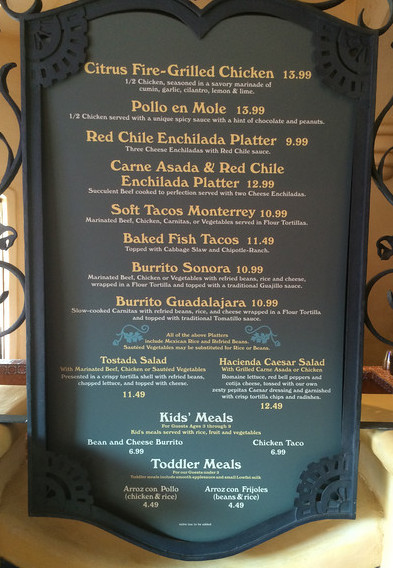 LEGAL DISCLOSURE: In exchange for our review, we were given two free passes.

Have you been to Disneyland? I'd love to hear your experience!