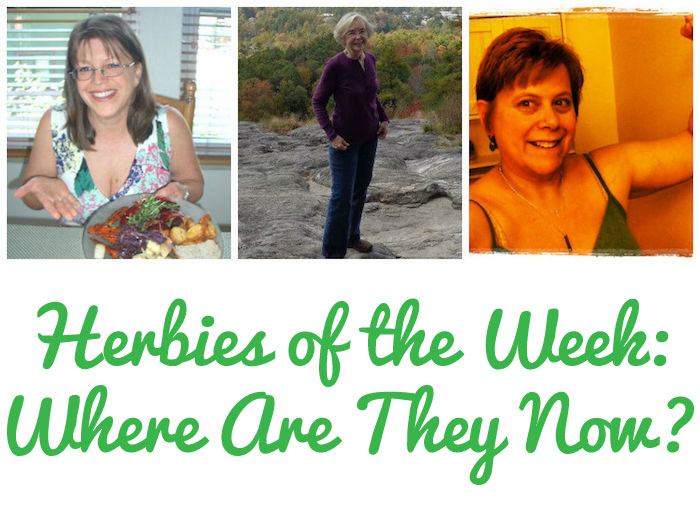 I think my crowning achievement on this blog has been the Herbies of the Week series, which I look forward to every Thursday!

I've decided to start reaching out to our past Herbies of the Week to see where they are today, a year (or two) later.

Looking to shed unwanted pounds due to gradual weight gain, Pam turned to a weight-loss group and coach, who inspired her to research all things vegan. After cleaning up her diet and eliminating animal products, Pam lost 67lbs in less than 2 years! Her iron levels also skyrocketed as did her calcium levels. "Overall, being vegan brings a wonderful sense of calm and I feel so incredibly in-tuned with my body."(Read Pam's full story.)

Update: "Things are going very well! Since being HOW, I have made one BIG change - my career! I made a midlife change and what a ride! I have been so inspired by Lindsay and her recipes that I went to WFPB cooking school and am now cooking this way for others in their home and doing whatever else I can to show them how easy this is. I opened up my ownPersonal Chef businessand couldn't be happier!

It is such a joy to share this "secret" that I had no idea about five years ago! If only I was raised this way... things could have been so different for me! Herbie love to all of you! <3 <3 <3"- Pam 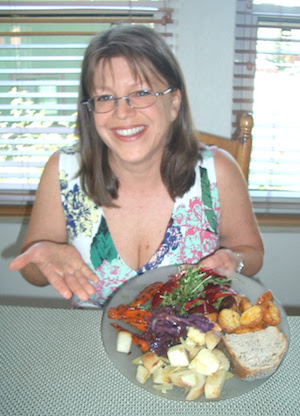 After years of yo-yo dieting, Lisa finally found something that worked for her: a plant-based diet! Not only did she lose 10 inches off her body and 19lbs, she also experienced a lot of other positive benefits. "I have no cravings, I do NOT miss animal products and I have never felt better...My confidence is through the roof. I look healthy, feel energized and clear-minded (no more brain fog!)."(Read Lisa's full story.)

Update: "Going plant based changed my life in so many positive ways; though backsliding became an issue for me last year due some very stressful life changes. I simply stopped planning and preparing (I have never gone back to meat though). As we all know when you fail to plan.....I simply started eating more processed food and too many calories.

I am back on board and have been for several months. I love eating this way....I always feel better and I love being a role model for others. One thing I did learn from my fall out was: when you're stressed, eating poorly really makes it worse not better! I am confident I will never have that issue again. I have a new outlook....I love all that plant based eating is, and all that it stands for.

I have since lost so much weight. I turn 50 this year and even joined a Dragonboat team! We start weekly paddling practice in May with a competition in September. Looking better and eating better have given me the confidence to do something new and challenging...my daughter who is 21 also joined with me and has lost over 15 pounds. I am so proud of her. We are so excited to be part of such an awesome sport. My daughter has started eating organic and took cheese out of her life. She loves that I eat vegan and aspires to do the same some day. That makes it all worth it.

I still purchase HH meal plans....they are fun, easy and yummy. I have all the HH cookbooks and I wouldn't be where I was today without Lindsay's inspiring blog and Facebook."- Lisa 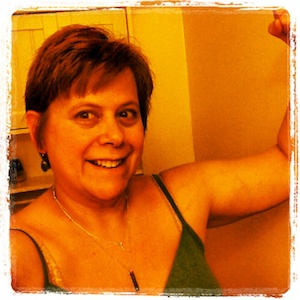 A self-proclaimed "carnivore", Jason did a complete 180 when he switched from the Atkins to a vegan diet after watching Forks Over Knives. Along with losing 77lbs, Jason's blood pressure also dropped and he could finally exercise without fear of chest pain. "I like that I can heal myself with food." (Read Jason's full story.)

Update: "I have gained 15 pounds since my time as a featured Herbie. I am still way down from the old days. but since you posted I have been gaining and losing the same 15 lbs. This brings up feelings of shame and temporary failure that are no fun to talk about. I'd much rather be sending new skinny pictures and bragging about the automatic benefits of being a vegan. Instead, I am having to tell a cautionary tale of how vegan doesn't automatically mean healthy. Portion control, exercise, and a plant-based diet are required to drop weight. On the other hand, I have gone more than 2 years without gout, diverticulitis, colitis, and acid reflux. My body has healed in many, many ways.

I am finding a lot of recent success with running/walking and plant-based dieting again (rather than simply vegan)I hope to be bragging again soon but for now I only have hard-learned lessons to share."- Jason

Kay went plant-based at the age of 73 after seeing how dedicated her vegan daughter was dedicated to her health. In less than 6 months, Kay dropped 39lbs and lowered her cholesterol by more than 100 points! "I feel better, my husband says I look much better, I am healthier, and I know that these improvements are a direct result of my plant-based diet." (Read Kay's full story.)

Update: "They say time flies when you are having fun. That saying must be true, because I have been having so much fun that it does not seem possible that February 29, 2012, when I was Herbie of the week was almost two years ago.

During the summer of 2012, my husband and I sold our Airstream Travel Trailer and we bought a small cottage in the mountains of western North Carolina. The two of us spent almost a year remodeling the cottage; moving walls, putting in a new kitchen and bathroom, etc. We worked hard, had a lot of fun, and are very happy here.

Now, as my 76th birthday on February 28th is fast approaching, I am still enjoying my plant-based lifestyle. The first year, I lost 60 pounds and I assure you I am having a lot more fun now than I did when my cholesterol was high, my energy and stamina low, and those 60 pounds went with me everywhere.

Sometimes people try to tempt me into "just tasting" something that is not plant-based. But those who know me best, have grown to accept the fact that being plant-based is a way of life that works for me and I do not vary from it.

It is wonderful to be able to move easily, quickly, and have energy to do things I enjoy. I still do not require any prescription medication and I am so happy with my plant-based life." - Kay 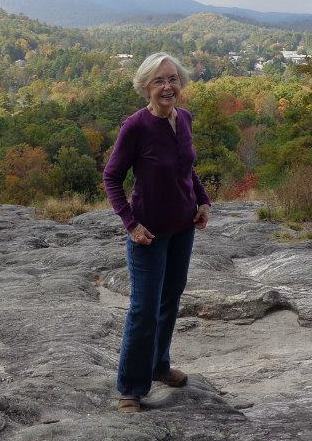 Big hugs and thanks to all of our Herbies of the Week! We are so happy to see you're still chopping carrots and taking names a year (or two!) later!

Catch up on Carolyn, Dana, Jim, Cindy and Robin too -- Where are they now?