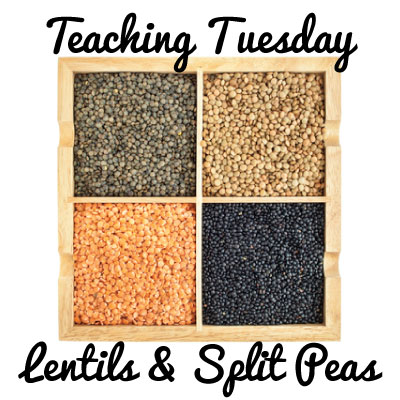 While they may look the same, lentils and split peas have very different uses (and tastes!)

These are the lentils most commonly found at your local grocery store. Not only are they inexpensive, you get a lot of bang for your buck! I made THREE meals from one bag last week: Lentil Loaf (HHA), Lentil Joes (HHLL) & Shep's Pie (HHLL)! 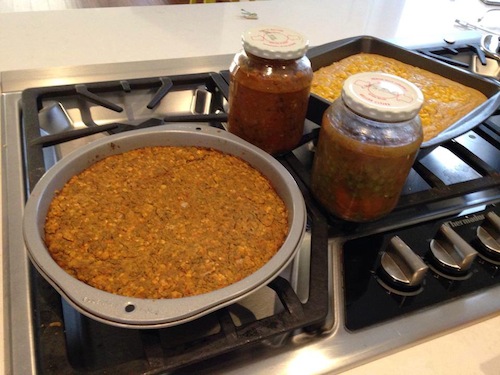 Red lentils actually have a salmon pink color to them, but once cooked they turn a nice golden color. They also cook faster than other lentils because they're split in half. Try making Red Lentil Dal (HHC), Yemisir W'et (HHC), Moroccan Lentil Soup (EHH), Sweet Potato Dal (EHH) or Curried Pumpkin Lentil Soup (pictured below). 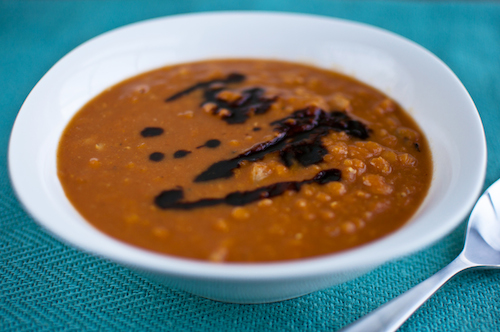 French lentils are a darker green than regular green lentils, not to mention smaller and more expensive (I was just at Whole Foods and noticed they were 4x as expensive as brown/green lentils!) French lentils are also known for their peppery taste, and because they retain their shape after being cooked, they're commonly used in salads and as side dishes.

As the name suggests, black or beluga lentils resemble beluga caviar when cooked. They have an earthy flavor and are popular in Southeast Asia. You won't find them in any HH recipes, but you can use them in salads and soups.

This probably won't come as a surprise, but green split peas are most commonly used to make split pea soup. In fact, Smoky Split Pea Soup (below) makes frequent appearances on the weekly meal plans!

Yellow split peas have what some would describe as a mild flavor. I use them when making the Yellow Dal (HHC), Kik Alicha (HHC), Gobi Palak (EHH) or Swedish Split Pea Soup (HHA).

What are some of your favorite recipes that use lentils and/or split peas?