Herbies of the Week: Jane & Sophia (they battled Leukemia) 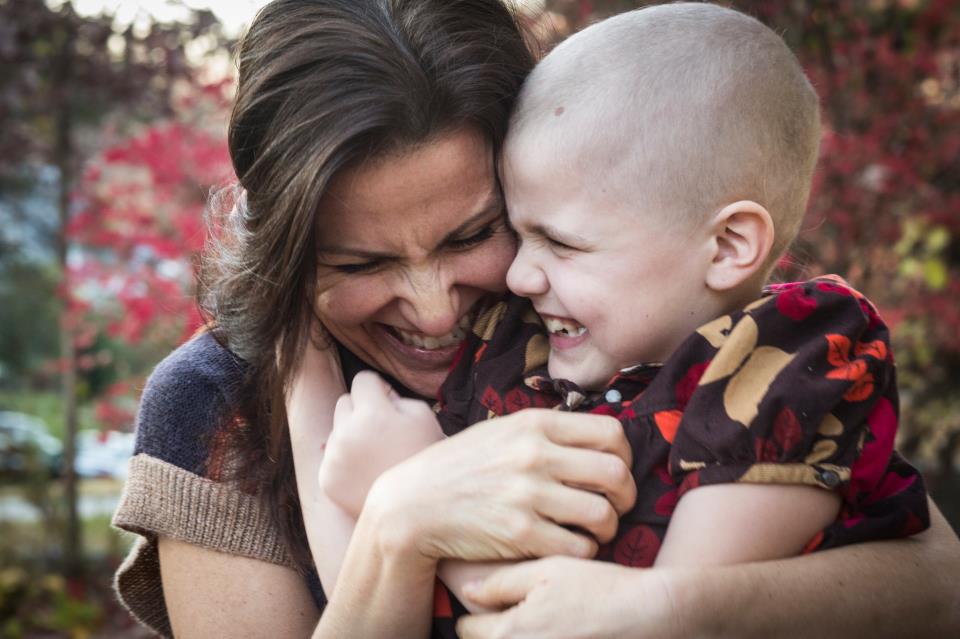 I met Jane (and learned of Sophia's story) back when I was interviewing parents as part of the Raising Herbie Kids series (you can read part 1, part 2, part 3 and part 4). I'm honored to share their story -- and journey! with you today.

HH: Jane, how'd you find your way to a plant-based diet?

I switched to a plant-based diet in June 2012. (Your cookbooks have been a god-send!)My decision to go plant-based came about following my youngest daughter's diagnosis of Leukemia in April 2012. Sophia was only 7 years old at the time. The doctors were doing everything they could to kill Sophia's cancer so I wanted to make sure I was doing everything I could to keep her fragile body strong. She and I embarked on the plant-based journey together.

HH: Was the transition slow or gradual?

I began with macrobiotics which seemed OK at first (since Sophia loves brown rice!) But it was difficult sticking with macrobiotics; so many friends and family, trying to be helpful, would bring meals or gifts of cookies, etc and I just didn't have the energy/heart to restrict them from her. There were many times when she didn't want to eat at all so if she requested mac & cheese, by golly she was getting mac & cheese. I kept researching and came upon your website. I decided I would limit her meat and dairy intake as much as possible and that I would eliminate it totally from my diet. My health had suddenly become very important.If I had no control over what was going on in her body, at least I could try to take control over my own.

Sophia ended up switching to almond milk which she now loves. She rarely eats her beloved mac & cheese or string cheese and when she does it's organic. The only meat she eats is chicken and that's pretty seldom.

I'm thrilled to say that at the one year mark and to the surprise of everyone, Sophia is thriving. I absolutely attribute her much of success to her diet. People often tell us: "It's as if she doesn't even know she's supposed to be sick." She is still taking chemo but there has been no sign of cancer in her body for months now! And by next summer, she should be finished treatment.

I just came across this picture of Sophia and me from last year's Leukemia & Lymphoma Society's Light the Night Walk. It shows her love of life throughout the worst part of treatment (and she's too stinkin' cute in it!) We were about 4 months into the plant-based journey at that point.

HH: What about you? How has the transition been for you?

The transition for me has been much easier. I was never a huge meat-eater but I never thought I would be able to give up cheese or yogurt. But I did ~and I feel great! I am empowered by the fact that I will always be present and healthy for my children when they need me.

HH: What do your other family members think about your new diet and lifestyle?

My other children have taken more of an interest in healthy eating. Christina, 15, has always enjoyed healthy food but has now limited her dairy intake. While I don't believe my son Jack, 13, will ever be able to give up bacon, he has added a great number of new fruits and vegetables to his daily rotation. He has never liked dairy so that's not an issue. He watched Forks Over Knives with me and likes to quote Rip: "Real Men Eat Plants!" I believe there may even be hope for my husband the carnivore. He was incredibly supportive of me from the beginning. John attended farmers markets with me and still enjoys sampling my new plant-based recipes. He probably only eats meat once a week these days. (He even read Rich Roll's Finding Ultra!)

I began running in my 30s, completed my first half marathon at 33 and my first triathlon when I was 40~ all as an omnivore. I took some time off races for a while during the tough parts of Sophia's treatment. But John and I recently signed up for a triathlon this October. This is my first time training for a race on a plant-based diet. So far, so good! I'll let you know how it goes!

P.S. This year Sophia is the Honored Hero for the LLS Light the Night MD Chapter! :)

We'll be cheering for you (and Sophia!)

I completed my first "plant-based" triathlon Saturday. When I did my first triathlon two years ago, my snacks during the race included mini Snickers and Baby Ruth bars. This time it was dates! I shaved 4 minutes off my swim (even swimming with jellyfish!) 3 minutes off my bike and a total of 6 minutes off my transition times. I'm certain my run would have been better as well. I felt fantastic going into it! However as soon as we began the last leg of the race, my husband pulled his calf muscle and could not run. He told me to go on without him but we had trained together (this was his very first triathlon) and I wanted to cross the finish line together. We had a great time walking and laughing together! Our three kids were waiting for us at the finish line, cheering us on! 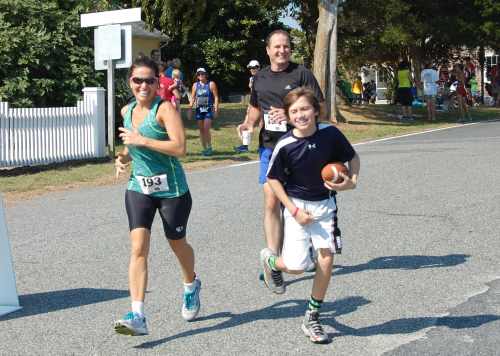 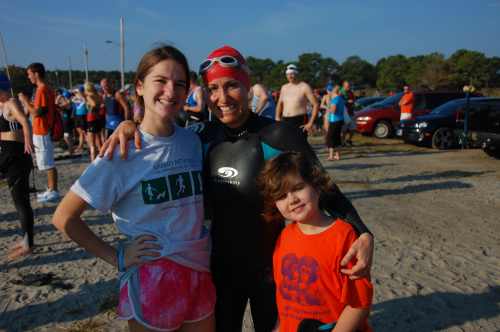