Don't Try to Be Perfect, Just Eat Plants and Let Your Body Do the Math (excerpt from WHOLE by Dr. Campbell) 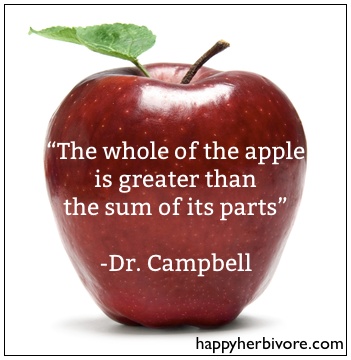 Almost daily I receive emails asking me questions like -- how many grams of protein do I need? How many cups of greens do I need to eat? Is 1 cup of almond milk a day too much? And so forth.

Here's the beauty of the plant-based diet: You don't need to worry about it!

Just eat plants and your body will do the 'math' for you.

(As for protein, you know I have to say it: You could eat nothing but potatoes all day long and still exceed your daily protein needs -- don't worry about it!)

I think there is a lot of worry about being "perfect" -- and I'm all for nutritional excellence and optimal eating -- but I don't want you to get caught up in the numbers and go crazy with measurements and checklists.

I don't want you to over complicate it or drive yourself crazy with worry.

It's all so beautifully simple: just eat plants. 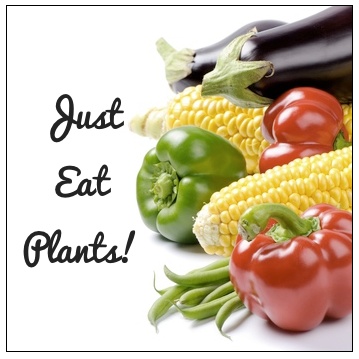 Take a step back, exhale, and do the best you can. Try not to get so sciency about everything. Do what nature intended: eat plants.

"Nutrition is not a mathematical equation, in which two plus two is four. The food we put in our mouths doesn't control our nutrition -- not entirely. What our bodies do with that food does."

Keep it simple and use your noggin`!

I used to think, wouldn't it be easier if I could just take a pill or eat a food that had everything I needed for the day perfectly measured?

Then I realized I would effectively have human dog food (yuck). And then I read WHOLE and was reminded that this sort of thing will never exist and it's not optimal anyway.

You just can't trump nature. The whole of the apple is, indeed, greater than the sum of it's parts.

"If we like the particular food, we're happy to get our nutrients from it. But if we don't like that food -- spinach, or Brussels sprouts, or sweet potatoes -- we think it's fine to skip it as long as we take a supplement with the same amount of these nutrients. But even recent reductionist research has shown that supplementation doesn't work. As it turns out, an apple does a lot more inside our bodies than all the known apple nutrients ingested in pill form. The whole apple is far more than the sum of its parts."

And a few pages later:

"Are you sitting down? Because I need to explain something that almost no one acknowledges about nutrition: there is almost no direct relationship between the amount of a nutrient consumed at a meal and the amount that actually reaches its main site of action in the body --- what is called its bio-availability. If, for example, I consume 100mg of vitamin C at one meal, and 500 mg at a second meal, this does not mean that the second meal leads to five times as much vitamin C reaching the tissue where it works... [This] means that we can never know exactly how much of a nutrient to ingest, because we can't predict how much of it will be utilized...."

And here's why (also from WHOLE): it's practically pointless to get obsessive with science about our food. Instead, we should just eat it andlet our bodies do the math.

"The reason we can't predict how much of a nutrient will be absorbed and utilized by the body is that, within limits,it depends on what the body needs at that moment. Isn't that amazing?... The body reigns supreme in choosing which nutrients it uses and which it discards...the proportion of ingested beta-carotene that is actually converted into its most common metabolite, retinol (Vitamin A), can vary as much as eight-fold... Iron bio-availability can vary anywhere from three-fold to as much as nineteen-fold. The same holds true for virtually every nutrient and related chemical."

Of course, if you have medical issues, have tested for a deficiency (which can happen to anyone on any diet) or have several food allergies, etc., you may need to do something special and then I defer to your doctor.

Most of the plant-based docs also recommend taking B12 as a precaution, and some people might want to supplement with vitamin D if they live in a cold, overcast climate, but otherwise...just eat your plants.

Don't over complicate it. Keep it simple. Don't worry about "balancing" things -- there is no need to balance.

Eat grains, beans, greens, veggies and fruits in abundance. Try to have some variety with it, but don't worry too much. Keep it colorful and simple. That is all :)

I also can't recommend the meal plans or the 3-day reboot and 10-day cleanse immersion enough for those starting out and/or looking to get healthy.