Rana's Pantry Challenge: How to Clean Out (and Eat Out of!) Your Pantry 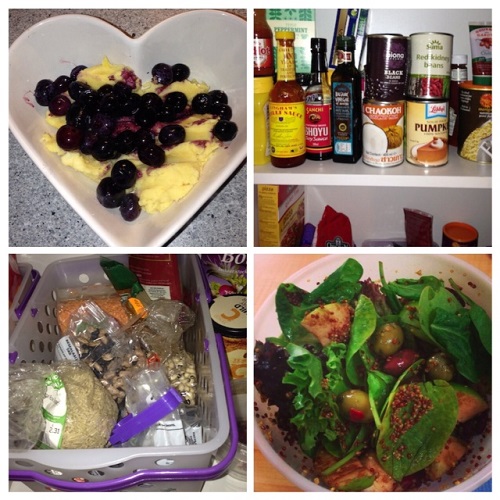 I met Rana through Twitter (I'm @happyherbivore, she's @MissDizzyx *and* she lives in Scotland!). Anyway, Rana had been tweeting about Happy Herbivore recipes and one fine day she tweeted she was going to do a pantry challenge with them. Specifically, she was going to limit her meals as much as possible to what was already in her pantry, noting she had just too much foodstuffs.

Of course the minimalist in me (which I always envision as a butterfly, oddly) started flapping her wings about crazily — flying and fluttering around in circles of excitement. "Yes!" I thought,"I love it!" ... and that's when I asked Rana if she'd document and journal her challenge for a guest post! 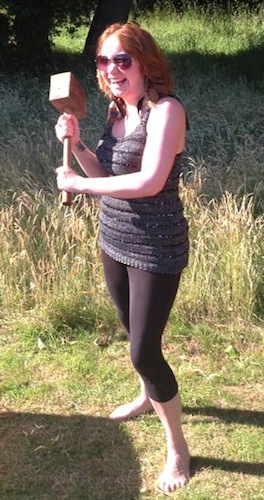 I don't know when or how I started to amass so much food, but it was only when I got a new roommate that I realized just how much I had. I had to halve my storage space to provide room for my roommate's food, and suddenly my share of the cupboards were overflowing. Yet I would still find myself in the supermarket most days...

I quickly realized that going to the grocery store had started to become a habit rather than a necessity, and a costly one at that.

I decided to sit down and calculate how much I had spent in one month.  The total came to £204 ($317), which granted, is not a lot to some people, but for one person, that is quite a lot and completely unnecessary by my count.

Much like deadlines, I work better when I have a challenge or a goal to work with. It is what keeps me focussed and ensures I get things done.  So with that in mind, and armed with a variety of plant based recipes thanks to Lindsay's cookbooks and meal plans, I set about my task.  I would allow myself to go to the store only for non-dairy milk, fresh fruit and veg, tofu and tempeh, but even then I would try and restrict it.

I faced that old argument of 'Want v Need'.  This was after all how I found myself with a bursting stockpile in the first place. 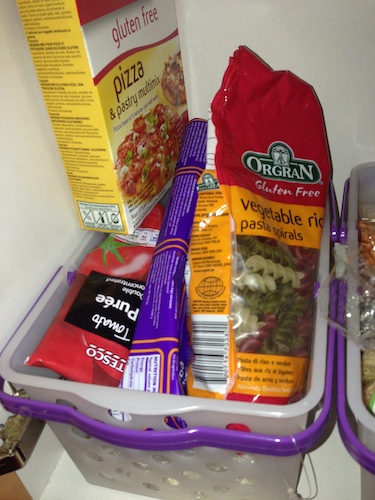 I'm not going to lie, I ended up eating a lot of the same things, but the key is to find different ways to prepare the same ingredients into a new dish.

A previous trip to the wholesalers had left me with an abundance of kidney beans, puy lentils, black beans, brown rice and polenta.

With these little gems I worked my way through The Happy Herbivore Cookbook, Everyday Happy Herbivore and the meal plans. I substituted some of the ingredients in the recipes for what I had in stock but I stuck to it as close as I could.

Much to the surprise of my family and friends, boredom has never been an issue for me when it came to the meals since going plant-based six or so months ago. 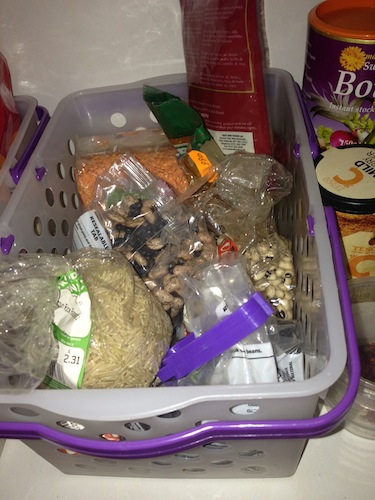 Opening my cupboards was a little bit like a science experiment of 'what can I create today'.  There were days when my body would just crave steamed vegetables and rice so I would have that.  Incidentally this turned out to be one of my favorites, throw in some sweet chili sauce on top and I loved it.   My other go to favorite meals were breakfast polenta (from the meal plans), cinnamon bun and apple jack smoothies, my own home made veggie chili (great to batch bake and keep in the freezer) and tofu stir-fry with rice noodles.  Simple, effective and left me feeling great.

I have an issue with order and usually end up spring cleaning my apartment once a week, so to see my food cupboards going down and becoming neater gave me a sense of achievement.  It also let me see the things that had been lurking at the back that I had forgotten about. 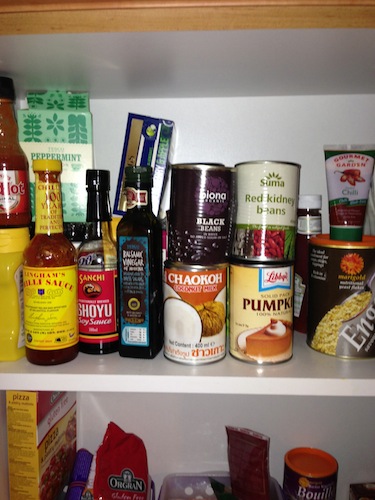 When I first bought Lindsay's books, I intended on working my way through the chapters one by one, but just never got round to it.  By forcing myself to use what I had on hand, I finally got round to trying them and I don't think I would have been able to do the challenge so successfully and still enjoy it without them.  Lindsay has a habit of taking something so simple and so every day and making it extra special.  Breakfast polenta for example, it would never have occurred to me that some polenta, blueberries and a dash of maple syrup would become one of my favorite things to eat. 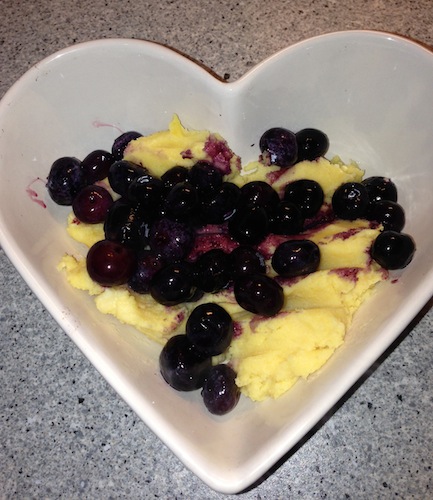 The key to a successful pantry challenge is similar to the same challenges I faced as a gluten- and wheat-free herbie, preparation, preparation, preparation.  As I mentioned before, I like to have things planned out so I know what i'm doing, it helps me keep my head clear so following the meal plans and making my own meal plans from the collection I have built has not only saved me money, helped me lose weight but has helped keep me on the mental straight and narrow.  As I said at the start, in the month prior to my challenge I spent approximately £204.  The month of the challenge I spent £60 ($93) - quite a saving.  Not only did I save pounds (money), I also dropped pounds (weight-loss) so as far as i'm concerned it was a win win situation!

The main aims of this challenge were to save money and reduce my stock because I simply had no room. 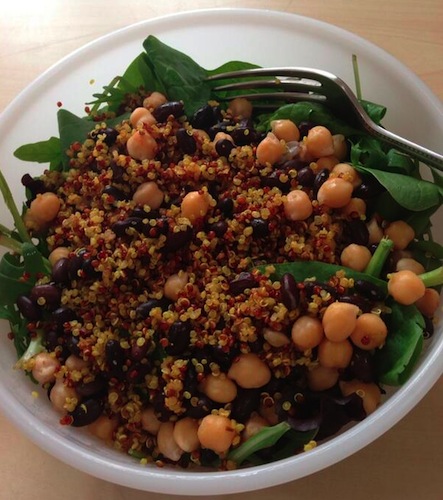 I ended up extending my initial one month challenge as I was traveling for work and also got sick after accidentally exposing myself to all the foods that I am sensitive to.  It was only during this period I realized how much being plant based helps me, it helped me recover much quicker than before and I now know straight away when something isn't right in my body as not only can I see the difference I can feel the difference.

Going forward I am going to take what I have learned from the challenge and adopt the same principles when it comes to my eating and shopping habits.  I still have quite a collection of food stored up so I am continuing with the challenge and switching to the mind set of only buying things when I run out, instead of just picking it up because I think i'll need it soon. It is a waste of space and money. 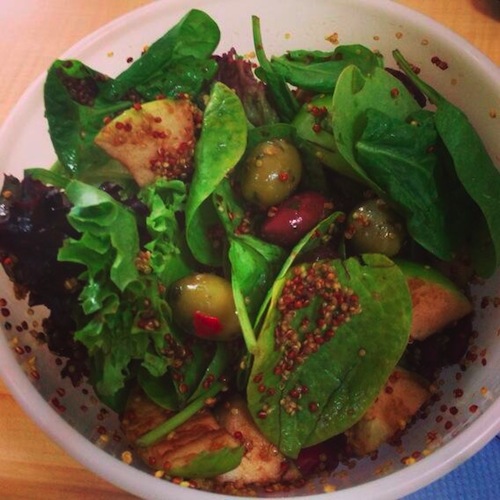 So what did I learn after my journey? I found it was a basic case of 'Want v Need'.  Yes I wanted to make some tempeh joe's (in HHC) but I had a lot of tasty options available to me that I wouldn't need to go out and spend money to make.

Part of the problem is you go out for that one thing you and before you know it you are leaving with two bags of groceries and if you are like me, forgetting the thing that you initially went in for.  I would recommend this challenge to everyone who wants to give it a go, you will surprise yourself at just how inventive you can become and all the new and fun meals that you will discover.

I have been plant based for about 6 months now, and I am also gluten-free and wheat-free. I'm still very much in the learning stages of discovering what works for me, but it is a journey that I love as each day brings something new.

P.S. Happy Herbivore Abroad and my upcoming cookbook, Happy Herbivore Light & Lean, both have a special "pantry" icon indicating recipes that can be made just from pantry ingredients!