Herbies of the Week: Where Are They Now? Bob, Kim, Chris, Monica, and Ruth — A Year Later 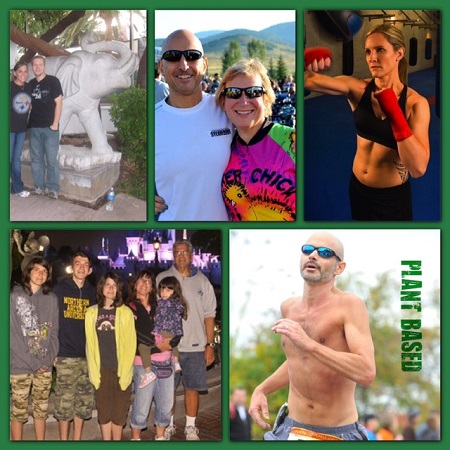 I think my crowning achievement on this blog has been the Herbies of the Week series, which I look forward to every Thursday.

This series started two years ago (back in 2011) and I'm always in awe, inspired, and touched, when I think about all the different people and their amazing stories, that have been shared here every week.

I've decided to start reaching out to our past Herbies of the Week to see where they are today, a year later.

Former Herbie of the Week: Bob

Bob was Herbie of the Week (HOW) last September (2012). Bob was a vegetarian marathon runner, but continued to have problems with his LDL. After going plant-based, Bob's LDL went from 160 to 78 and his total cholesterol went from 160 to 78 in eight short months!  (Read Bob's full story.)

Update: "Another year of plant-based living, plant-powered running, and several more cookbooks from Lindsay, I couldn't be happier.  I will never return to anything that contains animal products. @chinarunner" — Bob 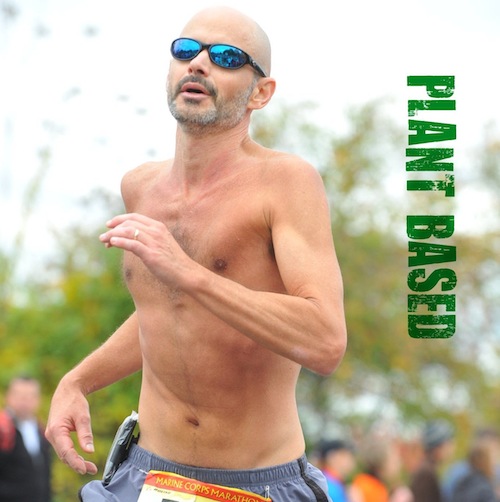 That's me in the Marine Corps Marathon last year with a time of 3 hours 37 min.! I'm running about 30-40 miles a week and am connecting with other plant based runners. I bring up my herbivore running lifestyle with most everyone I meet and run with. It like I'm on a crusade trying to get people away from eating animal and become vegan. It's right on every single level.

Kim W. was Herbie of the Week (HOW) last August (2012). Kim was always athletic, but a family history heart disease, cancer, and more prompted her to make a change. Kim's cholesterol improved, her thyroid became more active after 14 years of hypothyroidism, and she got rid of asthma, acid reflux, and a few pounds! And Kim inspired family and friends to go plant-based, and they experienced fantastic results too!  (Read Kim's full story.)

Update:"I continue to eat a plant-based diet and share food and recipes with friends and family." — Kim W. 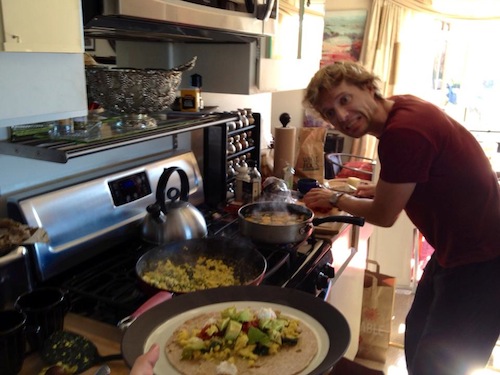 This is a photo from last Thanksgiving weekend with one of my best friends, Philippe, as we were competing in a "scramble off," with a large group of our friends. (We had many plant-based foods for the holidays). I made the Happy Herbivore tofu scramble (there's a little vegan sour cream on my breakfast tacos) and they beat the omnivore competition by a landslide.  As you can see, the competition was scared from the get-go.

Former Herbie of the Week: Chris

Chris was Herbie of the Week last October (2012). Chris was stuck on a weight loss roller coaster for 10 years before giving the plant-based lifestyle a go. He lost 130+ pounds and gained glowing skin and much more energy — he ran a marathon 10 months after going plant-based when he couldn't have walked a 5K the year before! (Read Chris's full story.)

Update:  It's surely been an exciting year.  Still going strong herbie style, running ultra trail races and training for first full marathon (Pittsburgh 2014). My wife Kristen and I launched powerofpositivity.com in February and are moving forward in multiple areas to help bring a realization of the amazing potential that lies within us all. 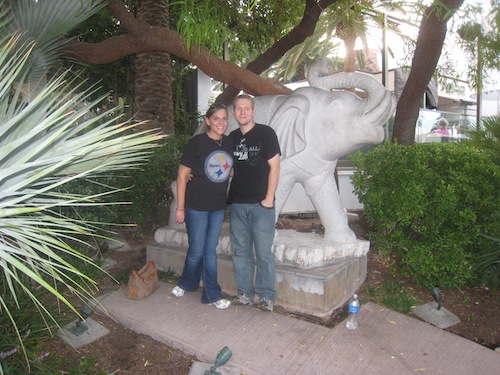 Former Herbie of the Week: Monica

Monica was Herbie of the Week last August (2012). Monica became curious about the plant-based lifestyle after a couple of family members became vegan. She decided to give it a try in hopes of improving worsening migraines and headaches and got her husband and three kids on board. Everyone felt better! Plus Monica's 4th pregnancy followed at age 42, and she felt it was by far the best one! (Read Monica's full story.)

Update: "I can't believe already a year since my story on HH! Since then, my husband has been seen by a plant-based doctor, Dr. Milazzo, who put him on Dr. Esselstyn's diet, (with amazing results, but I think he might be a future Herbie of the Week...), and moving away from nuts and avocado has allowed me to lose a couple more pounds of my "baby fat"...  baby who, by the way, is now 4, and has learned that we don't eat animals and that's what she tells her preschool mates if they ask her why she doesn't eat the same snacks as they do!

My husband and I, with a friend, have also started a monthly potluck for people in our area who eat a LF WFPB diet, and I'm happy to say that our first potluck dinner in November 2012 had about 12 attendees, (it was at our home) and the most recent one in August saw about 35 people coming!

I'm also happy to report that I was able to "influence" a few friends to change their diet to a plant-based one, just by being.... well, by being me, a "happy herbivore" who's healthy and raising a healthy family!

I just want to thank you again for your books and your blog, they are one of the first points of reference I give to anyone who's interested in eating the right way! I love your cookbooks, I always recommend them, and I can't wait for the next ones! (you know, being from Italy, I really appreciate your ww pizza dough recipe in HHA, which makes delicious calzone too!!)" 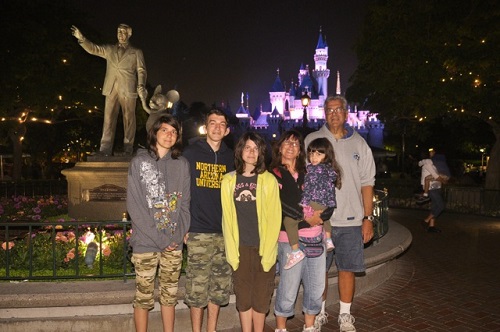 Former Herbie of the Week: Ruth

Ruth was Herbie of the week last October (2012). Ruth struggled with her weight for years, and after trying many fad diets, the plant-based diet made sense to her. What started as a personal decision ended up being a switch for the whole family! In their quest for improved health, Ruth and her husband Francis set a goal to complete a triathlon together — and did it! Ruth lost 30 lbs. and discovered her training and recovery abilities had vastly improved.  (Read Ruth's full story).

Update: "Life is good! The whole family continues to be eating plant-based and we are all feeling great!

One phenomena that I have noticed as I continue this lifestyle is that you may start out eating plant-based for one reason, but the more you do it and the more you educate yourself, the reasons multiply. I started this journey because I did not want to take Statins. But now I do it for fresh water conservation, kindness to animals, sustainability, not supporting the pharmaceutical industry, reducing my health care costs, reducing my carbon footprint, supporting local farmers, and the list goes on. And any one of these reasons is good enough to want me to continue the practice.

I am also taking classes to get into the Masters Nutrition program at CSU. Hoping to continue to spread the word. Thank you for all you continue to do." 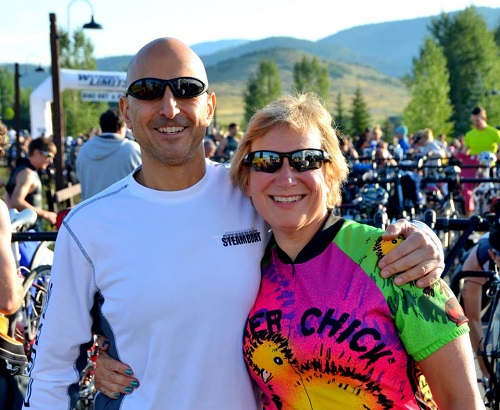 My husband Francis and I are seen here at the Steamboat Olympic Triathlon where we were on a team together. Francis ran the 10k and I rode the 25-mile bike route, with another friend doing the swim. Francis was just 6 weeks after hernia surgery and I am sure those plants assisted in his quick recovery. I just had another cholesterol test, I am down to a total of 178, from a high of 235! I am also down another 10 lbs. since last year. This year's triathlon season has me swimming, running and biking with better form, speed and confidence. Can't wait to see what next year brings!

I'm so proud, Herbies! Stay tuned for more Herbie of the Week updates coming up!