Herbie of the Week: Debbie M. 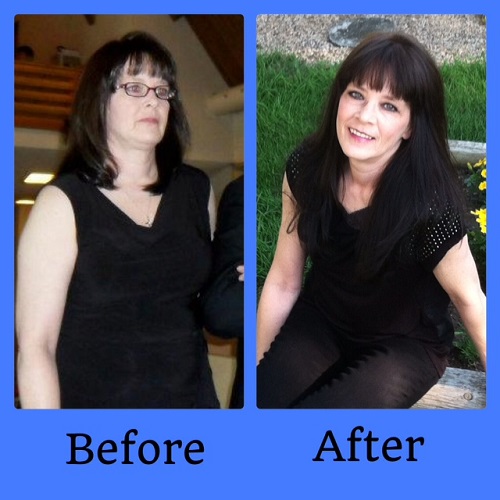 Meet our Herbie of the Week, Debbie M.!Debbie suffered through years of unexplained pain and health complications and ended up being diagnosed with MS. Since making the switch to a plant-based lifestyle, Debbie's MS complications have greatly reduced — and so has her waistline! She has lost 55 pounds, no longer needs medication, and has inspired her family to go plant-based with remarkable results as well. Be inspired! Here is Debbie's amazing Herbie story, in her own words.

I have suffered from pain in my neck and back along with muscle spasms for many years. The spasms were so bad at times that my head would be stuck to the side and I could not move it for weeks. I would go to the doctor, but the only thing they would do is put me on different meds (that did not work) and send me on my way. After seeking out help from several doctors (even in 4 different states where I lived at the time), I was getting no answers. I was told I was stressed, depressed, unbalanced and even making these things happen to myself. I was at my wits end because they just did not seem to care to find the problem and seemed to blame me for something I had no control over. I just decided to live with it the best I could. But it got worse.

The spasms and pain became more frequent.  I didn't want to go to another doctor because they were not interested in finding the cause of my problems, no matter how much I insisted on some kind of answers. I moved to Iowa in 2005 with my 14-year-old son to be close to my brother because his wife had just passed away from liver cancer. I again started having the pain and spasms in my back and neck — the worst I had ever had, so I decided to go to yet another doctor to try to get some answers. I had to go three times before a decision was made to have an MRI done. In 2008, I was diagnosed with Multiple Sclerosis. I was not upset when I got the news — I was relieved, because I finally had an answer to my years of problems. The MRI showed 4 lesions on my brain and 1 in the spinal column. I was sent to a neurologist for treatment. After I was diagnosed, I was put on muscle relaxers (3 times the amount anyone should take) and sleeping pills just so I could function somewhat normally. 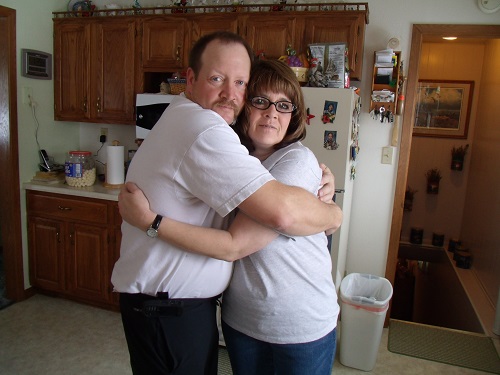 Debbie in her pre-Herbie days

Then I developed more problems. I had acid reflux so bad that it felt like I was having a heart attack daily. I was hospitalized twice in one year for a bowel obstruction (once when I had gone to Alabama to see my son, daughter-in-law and 2 grandchildren). Not getting any answers from doctors, I decided to start researching on my own. I stumbled onto the Forks over Knives documentary and watched it about 10 times. Wow, if changing my diet could even reduce the problems I was having, then I am all for it. So I decided to adopt a plant-based diet. I knew that was what I wanted to do, but I was not sure where to start.  I started this new lifestyle in May 2012. I did struggle at first, not knowing what I was doing for sure — but I never turned back from that day on. I told a good friend of mine in California (Tammy) about what I was doing and told her she should watch the Forks Over Knives documentary. So she and her husband did that night and adapted a plant based diet that very next day.

While talking on the phone one night and scanning the internet for information, we stumbled onto your website and were so excited because you had all the tools to do what we wanted and needed to do. I have to mention my very best friend Tammy, because she has been on this same journey with me and we have been able to share so much information with each other. I have never really had to battle with my weight much, but having the spasms made it difficult to be active. I was pushing 170 lbs when I started this new journey back in May, and I am now down to 127 lbs without even trying. I eat more now and more often than I ever did before. I went from a size 14 to a size 4, I no longer take any meds, the acid reflux is gone and I have not had any more digestive problems.

I had my cholesterol rechecked and my doctor ran blood work to check everything to make sure I was getting the nutrients I need. My cholesterol went from 259 to 140 and everything else was perfect. My goal is to reverse the MS that I have. In December, I am going to have another MRI and I truly believe that with a plant-based diet, the body is more able to heal itself and that there will be improvement with the lesions, if they are not gone. 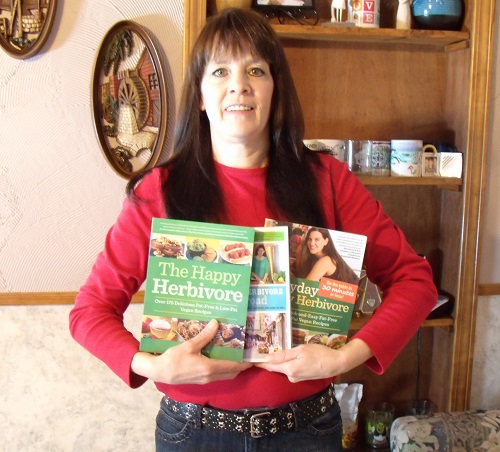 I just turned 52 this week and I am a new woman and I have never felt better. This experience has been amazing. It is my life now and it has become so easy to follow. My only wish would be that I had known about this many years ago because my children would have never known anything other than a plant-based diet. I have 4 wonderful children and 10 precious grandchildren.

As for my family — My mother thought I was crazy when I told her what I was doing. She calls it my "strange diet." But when I was over there the other day, her neighbors were there having coffee and after I left they told her, "I don't know what Debbie has been doing different but I have never seen her look so good. She has a glow about her." And my doctor told my dad (we see the same one) that she was so proud of me and that I was doing amazing. My oldest son is also adapting a plant-based diet.

My 11-year-old grandson was born with a kidney disease (FSGS) and has been on dialysis for 4 years. He has to watch his phosphorous intake, which is in everything we eat. It has to be at a 6 or below to be put on a transplant list and his has been around 7-8.  I told my daughter that she needed to put him on a plant-based diet to help get his phosphorous under control. Again, she was not told to put him on a plant-based diet by any medical personnel he has been seeing his whole life. Since he started his new diet, his level has dropped to a 5 and at his last appointment the nutritionist asked what they were doing differently. My daughter told them that her mother was constantly pushing a plant-based diet and she said that is exactly what he needs. 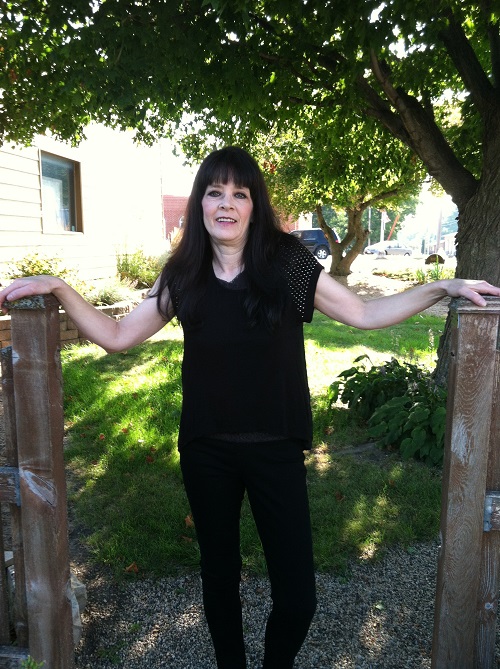 UPDATE (August 18): Since I have become plant based in May 2012, my life has changed so much. Everything about me has improved more than I could have ever dreamed of. My health, skin, hair, life, and my physical and mental well being. I am now off all medications and my doctor has supported me in making this decision and I have not had any problems. I have now lost 55 pounds and feel fantastic. I can do anything that I want to do now.

I owe so much to Lindsay and her webpage and continuous information, along with all of her cookbooks. Also to Forks Over Knives for their ongoing support through their website and their cookbook. This has been so much easier than I could of ever imagined it would be. My daughter Crissy and her family are now totally plant based. My grandson, who has a kidney disease (FSGS), has had the best lab results he has ever had in his whole life since changing his diet — and he is only 12. My daughter-in-law Amber is now transitioning into a plant based diet also. It makes me feel so proud to be an example to others and for them to see that a plant-based diet really is a life-changing, healthy way to change.

And I have to thank my BFF in the whole world Tammy S. for being there for me through this whole process. She has been so supportive and provided me with so many recipes and new ideas that I can easily incorporate in to my most of the time busy schedule. I don’t think I could say thank you enough to all these people for what they have done for me. Thank you so much for giving me this opportunity to share my story with others.