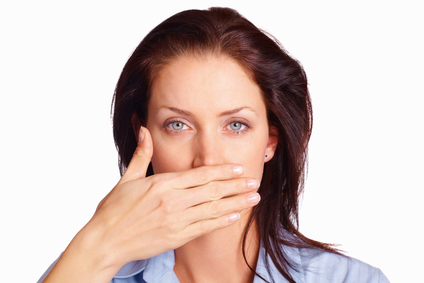 I've blogged before about How to Talk Veganism/Plant-Based Diets with Others and Politely Interrupting to Mention a Plant-Based Diet to a Stranger that could potentially benefit from the change.

Still, I recently found myself in a rather sticky situation that I'm not sure either post addressed.

Back in January I applied to teach a class on "entrepreneurship" at the local college for the upcoming Fall semester. The college expressed interest in me as a candidate and I started meeting with and talking to some of the other faculty. I even guest lectured in one of the classes.

Anyway, it was no secret what I did for a living. I'd discussed Happy Herbivore, my cookbooks and meal plans in my cover letter and highlighted them on my curriculum vitae (resume).

After a few email exchanges, the school asked me enroll in a two-week "orientation" for faculty and staff and it was in that orientation that things got sticky.

During our first online session, everyone introduced themselves. I forget how it came out exactly, but the faculty adviser leading the orientation (in other words, my potential future "boss") mentioned to another potential faculty member (not me) that s/he (the "boss") had ALS.

As fate would have it, just days before orientation started, I had featured Brenda as our Herbie of the Week. If you don't recall her story: Brenda was diagnosed with ALS and is beating it thanks to her plant-based diet. For the most part, Brenda is symptom-free.

I started chewing on my nails ferociously. What do I do? Do I casually try to drop into conversation that a plant-based diet could help? Do I say "I'm not trying to get all up in your personal business, there, potential boss, (and p.s. I really want this job!) but, umm... read my blog post?"

I must've debated with myself for two hours about whether or not I should say anything. Normally, I'd have just blabbered on... but this time, a potential job was at stake. It's been my long dream to teach and be a professor... did I really want to jeopardize that? and was I being selfish by putting my own desires first rather than telling him something?!

Finally I put it out on Twitter and dozens of responses came back. Many people suggested I say something because it would be wrong not to tell someone something that could potentially save/change their life. Then two people wrote back saying that they had chronic illness and they absolutely hate unsolicited advice -- that they're so tired of saying "I have [medical issue]" and then everyone and their mother tries to give them advice. Then other people said to not say anything, it wasn't the right place or time, it was inappropriate, or wait until I got the job (or they hired someone else).

and that's what I did..or am doing, I guess you could say.

What would you have done? Have you ever found yourself in this same sort of sticky situation?

If you're looking for advice on how to talk to others about being vegan or plant-based (coming out) or you overhear someone saying they have a problem and you know a plant-based diet can help, my two previous posts (linked above) can offer some great advice to do that.

1. Know your listener (and what they'll be more likely to listen to)
2. Lead by example
3. Spark a curiosity
4. Don't be a vegan snob

I'm still figuring out what to do about my situation — and can't wait to hear your thoughts!