Minimalist Monday: Focus on Yourself (And Don't Be Distracted by Competition!) 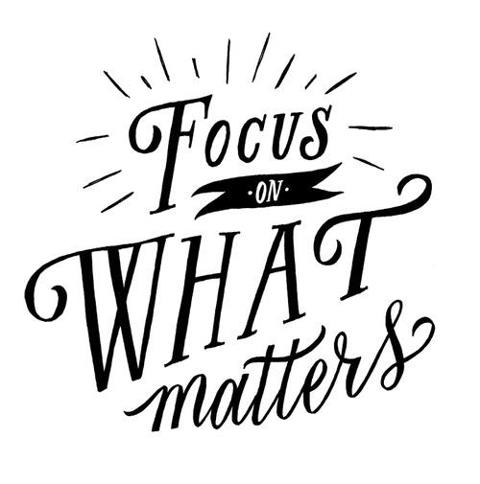 I seem to have these days where a central theme is on loop. The most recent theme? Focus.

It started with walking the pugs. Lily Bean is easily distracted, and this is quite problematic on her walks. I try to take her out during "less busy" times when there won't be cars, doors, other dogs and noise because it doesn't matter if Lily Bean is mid-poo. She will start running in the direction of whatever got her attention. One time, she decided to run down the stairs after a butterfly and, well, we had poop droppings on every stair. You'd think she'd just pause for a hot second to finish — but no. That's not how Lily Bean does it.

Anyway, this... behavior often results in me saying things like "Lily Bean, finish!" or as it went that morning, "Lily Bean, focus!" Of course, my dog has no idea what the word "focus" means. I don't think "finish" is in her vocabulary either, but she does get the gist that I want her to finishing going the bathroom before she darts after the newest shiny, loud, or smelly thing that's got her attention.

To be fair, Lily Bean and I have been totally alone on a street with no distractions insight and she still got bored mid-pee and started waddling down the road *while still peeing.* She just doesn't want to miss anything, I guess.

Anyway, we came back from her walk and I was lecturing her on staying focused on what she was supposed to be doing. That we don't try to say hello and play with another dog when we're doing our business. That's not ladylike. We finish and thenwe go play.

I knew this was all being lost on her, but at least I felt better about myself.

A few hours later, I met my friend for lunch. My friend has been contemplating starting his/her own small business and she wanted to get my perspective, as a small business owner.

At some point in the conversation, "competitors" came up. Namely my friend was going on and on about what her competitors were doing. Then the question came: what did I do about *my* competitors?

"I don't really pay attention," I said. "I'm too busy focusing on what I'm doing and what I need to do.I don't have time to worry about what someone else is doing."

I did admit that I had a general idea of what others in my field were up to, but most of that came to me passively. I heard it from someone else, saw something about it on Twitter while I was busy answering tweets, and so on. I wasn't "keeping tabs."

My friend stared at me for a moment then said, "Wow. You really are a minimalist in every way."

I hadn't really ever thought about it like that before, but I guess I am a minimalist professionally, too.

The way I see it, there are special and unique things about me that others do not possess, and that's the same for my "competition." So in reality, the only person I'm competing with is myself. You love me or you don't. You love my work or you don't. (But I sure hope you do!) I just can't change who I am or what my talents are. "I was born this way, baby!"

Plus, I don't think BMW is worried about what Mercedes is doing. Seriously. Isn't their slogan something like "We only care about one thing: Making the ultimate driving machine?" That's pretty focused!

And I guess that's my motto.I only care about making the best Happy Herbivore. The best meal plans. The best reboot and cleanse and the best whatever-is-next.

Yet the day wasn't done.

I was listening to an interview on the radio and I couldn't, for the life of me, tell you who was being interviewed — but the person was in the music business, and when asked where they draw inspiration from, what other music do they listen to, who are their idols and what have you, the artist said simply, "I don't listen to others' music when I'm writing." The interviewer made a jab like the artist had a big ego, but that wasn't the case. The artist explained that listening to other music made him question himself and also hampered his own creativity. "I have to focus on my music."

There it was again. FOCUS.

Everything that day just kept coming back to having focus and as my friend pointed out, what could be more minimalist? 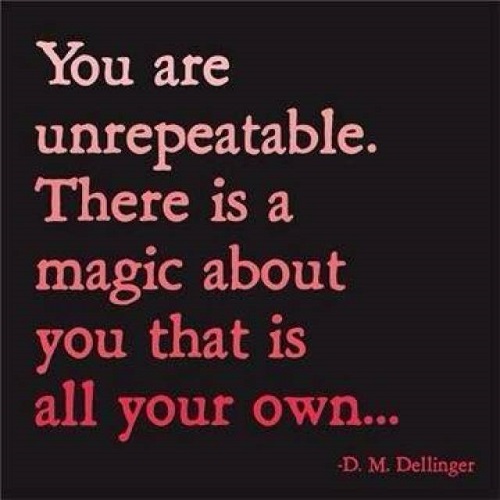 Focus on you. Focus on what you are doing.

Don't waste time or energy worrying about what someone else is doing. Let them worry about that.

Lastly, looking back over old MM posts I realized "focus" has been a central element to many other topics. Proof that being focused is a core component of minimalism.

Minimalist Monday: Worry About Being You (Being Yourself Always) & Taking a Break from Unsolicited "Advice"

Minimalist Monday: Focus on Yourself (because you matter)

Begone Negativity, Focus on the Positive

Minimalist Monday: It's About Doing The Best You Can

Minimalist Monday: How to Get What You Want (and My Battle with Depression)