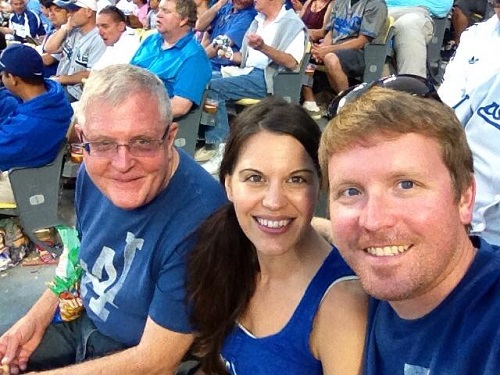 You've got questions... about minimalism! This Minimalist Monday is the first post in a two-part series, in which I will be answering questions from you, my beloved Herbies, about the minimalist journey — both mine and yours!

What are the basics of minimalism?

This is the beauty of minimalism. There are no "rules" or "requirements." You only need to decide to become a minimalist and start living with less. See my previous MM post, "How to Become a Minimalist" for more info.

How long have you been a minimalist?

What was your first step on your minimalist journey?

It's hard to say. With this MM series, my first post was about organizing my kitchen, but emotionally, I think my minimalism started back in New York City (even if I didn't know it then) when my husband and I were living in a really small apartment, had a lot of debt, and had taken huge pay cuts in our salary. (Read my post, "Stop Chasing the Promotion (More Money, More Problems).")

Then again, when I wrote the MM post about the 1-in, 1-out rule, I realized I was exposed to minimalism more than a decade ago (even if I didn't know it then).

Did you face any challenge during the decluttering process? What were the challenges and how did you overcome them?

There were moments where I felt bad or guilty for getting rid of so much stuff because I'd spent money on it, but then I'd remind myself that the items are going to charity/donation so people would actually use them (rather than those items just sitting in storage or my closet, or going unused in my house).

I'd also remind myself that it was better for me to be stress-free and have less stuff, than worry about money I spent a long time ago. My belongings were literally closing in on me. I was being consumed by my consumerism.

The (temporary) "guilt" was also a great lesson for me. Now I'm much more mindful of my spending and buy with purpose.

Do you feel less stressful as you became a minimalist? How does simple living make you less/more stressful?

Absolutely. Having a clear, uncluttered environment reduces stress. I also spend less money on things now and having less "things" also means less time cleaning (less upkeep) and no time lost, say,  digging through my closet looking for something. Everything is neat and orderly — I can't put into words what a stress reliever it is.

I've helped at least 2 dozen people become minimalists or at least "minimize" and not a single person has regretted their purge or had anxiety from reducing their belongings. All of them have commented how much happier they are, less stressed. It really does take a load off (literally!!)

What are some of the most important accomplishments you have achieved after becoming a minimalist?

Getting out of debt!

A common objection to minimalism is boredom — Do you find this to be true?

Not at all. I had someone once remark coldly that my home was too sterile with no personality because I don't have tons of personal items on surfaces (i.e., coffee table) or lots of pictures on the wall, all of which is true, but no two minimalists are the same. We all find our own balance with what we want (and need), so someone could have more things than me and still be a minimalist.

On the other hand, my husband & I are friends with another minimalist couple, and they have even less than we do. Other than furniture, they can pack everything they own into 3 duffle bags. We have more than that in clothes alone. 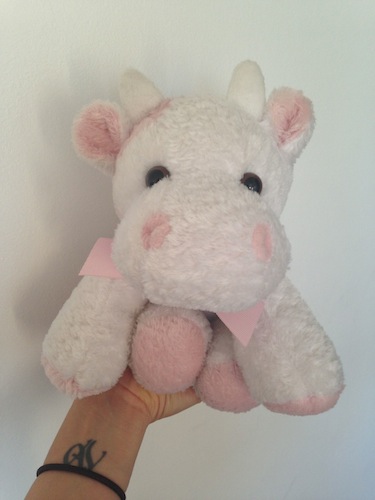 How do you keep your attachment to things at a minimum so that you can purge whenever necessary?

About a decade ago, someone stole sunglasses out of my locker at work. I was upset because I loved the sunglasses, they had cost me over $100 (I'd saved up for months to buy them, and it was rare I ever spent that kind of money on myself), and they weren't easily replaceable. I was practically inconsolable over it. That's when a friend of mine — a Buddhist friend — talked to me about non-attachment. He explained how I shouldn't have such deep, personal attachments and emotions over material things. I'm not Buddhist, but for whatever reason, his words really stuck with me.

That's not to say I don't own emotional or sentimental things. I have a stuffed bunny that has survived every move and is the first thing I pack. I do, however, keep those emotional material items to a minimum. If my house was on fire, I would only need to grab 3 things (other than my husband and dogs!). I would surely miss other items, but gone are the days of crying when I accidentally spilled bleach on my favorite pair of jeans.

We've also re-purposed some of our emotional items. For example, Scott had about 20 T-shirts from college he didn't have the heart to part with. He had so many memories with those shirts. So I had them made into a memory quilt.

I took pictures of my childhood toys before giving them away to my nieces, who love them as much as I once did. There are work-arounds :)

What are your minimalist views on things like home decor, jewelry, makeup/skincare, owning a motorcycle for recreation? Is there a line between sacrificing things that bring you joy vs. trying to minimize what you own?

My approach to minimalism is about living with less and enjoying what I do have — being more conscious about my purchases and spending.

I obviously do not need a snowboard to survive, and yet I own a snowboard and don't feel it's against my minimalism or my minimalist journey. I love snowboarding. It brings me a lot of joy. One main goal of being a minimalist was so I had more time for play (and more money to do the things I wanted to do, like snowboarding and travel) — and that's exactly what I'm doing. Mission accomplished! A minimalist life is not about suffering.

As for jewelry, I'm pretty boring and only wear my wedding ring, my Herbie necklace and three pairs of earrings (that I rotate). I'm also pretty boring with my skincare (baking soda for everything!) — but again, being a minimalist is all about our personal needs, desires and goals.

What are your minimalist views on personal indulgences like manicures or massages?

Same answer as above :)

I don't understand why people are drawn to this lifestyle. What do you do with your money — give it to the less fortunate or hoard it in a bank account? I think as long as relationships take priority over things, it should be okay to enjoy material blessings.

Being a minimalist makes you enjoy your material blessings even more. Why hoard and buy things just because you can? I live with less and it gives me the freedom to do things I love (travel often) and work a job I am passionate about (but pays less) rather than working a job I hated to be able to afford a bigger apartment, fancier clothes, etc., etc. I do donate a good bit to the less fortunate, but that's because doing so is something I really enjoy. I find I enjoy the things I have more now that that I have less.

Here are a few comments made by other minimalists in the Happy Herbivore community:

"Not really a question but an epiphany regarding the worry that 'you might need it someday.' Not sure how to word this to make sense... what if we were to think of the 'stuff' we have as borrowed stuff? Yes, we buy things and it costs $$. But if you're not using it, why use your home as a storage facility? Someone else out there could use it! If something hasn't been used in a year, it's time to let go. If something is sentimental, make a place for it, enjoy it, look at it, touch it, etc. Is it REALLY sentimental if it's sitting in a box hidden somewhere?"

"I'm not quite a minimalist yet, but I'm working on it.. and I'm drawn to it because I want to have less expenses — I want to work less and live more. I've never understood why people would want to work long hours just to have more toys. I don't want to wait until retirement to enjoy life. Being at work 8 hours a day is not my idea of a life."

"Stuff is just stuff — it brings no happiness and when one starts looking at the story of stuff (YouTube Annie Leonard)....it just clouds our view of what's real and important in this life, plus the repercussions of materialism are felt much more in poorer nations of our world. Our stuff becomes their suffering, to put it bluntly, in many cases."

"For me, minimalist isn't just the physicality (i.e., less stuff, getting rid of things), it's a state of mind & a spiritual decision every day. 'What can I live without in my life? What am I detached from today?'"

More questions and answers are on the way next Minimalist Monday!