Minimalist Monday: I Confess — I'm Lousy About Not Getting My Way. (Denial and Acceptance of Reality) 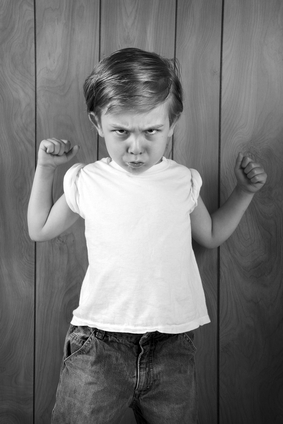 I try not to get my wisdom from television — but a few weeks ago, a character said this line and I can't seem to get rid of it. It's been on loop in my life:

"At some point, it's not about giving up. It's about accepting your new reality."

In recent months, I've come to realize that while I love change,I only love change that I initiate.I don't wallow in change that's forced upon me with the same ease, thrill or happiness as I do when *I* am the one calling the shots. I suppose this is proof I'm a control freak ;)

Yet life is, well, life, and I can't control everything. I have a little bit more control over my life than most — I work for myself, for example, so there is no "boss" to contend with, and even my publisher is more like a "colleague" than a boss. We are more like a partnership.... and speaking of bosses, my husband technically works for me — and well, reminding him of that never gets old ;)

Still, it rains when I want it to snow. I feel fat on days I want to wear skinny jeans. I think of great blog post topics or recipe ideas at 3:00 a.m. in the middle of my sleep when there is no way I'm going to climb out of bed to write it down, let alone act on the idea and so on.

I have at least half a dozen stories of "bad timing," but that's okay becauseI have at least one great story of being in the right place at the right time.(Scott likes to tell me that life is on my side and everything balances out in the end).

Anyway, I have OCD and with it comes one of my biggest flaws: It's my way or the highway.

I dreaded group projects in school. I've always been an, "I'd rather do it myself" or "If I want it done right, I have to do it myself" person. Writing books and having assistants has beaten a little of that out of me. Yet, I'm still a perfectionist to a disabling degree.

My OCD can't take all the blame; there is still some personal accountability, but it's still "my way or the highway" — especially with my work and business.

I really suck at not getting my way.

I have tried to make strides with my flaws — improve upon them so I'm not always a Tasmanian devil, but I haven't had much luck. Most of the people who work with me know that I have OCD and know that I'm crazy nitpicky and controlling (and bless them for working around that), but I wanted a better solution.

Perhaps that is why that line has stayed so much with me. It's given me a new perspective.

It's not about giving up, it's about accepting your new reality.

"Giving up" was the root of the problem. I don't "give up" — I have dogged determination with things I'm passionate about. That's what "my way or the highway" is about. I'll do anything — try anything — to make what I want work. (This trait is what made me a great lawyer).

My fierce determination helped make me successful — I am relentless on my quests... but it has it downsides.

When things don't work out, I don't accept it. I keep trying and trying to find some other solution. Some other work-around. I'm very persistent.

This means I usually get my way in the end.So all is right in the world. Except, sometimes, I just can't get what I want, and then I'm intolerable. "Giving up" is awful for a person with OCD.

... Which is why I like the idea that I'm notgiving up, but accepting a new reality. It's still hard, but not nearly as much. Perhaps only fellow perfectionists with OCD will get it. (I hope I don't sound too crazy!)

Anyway, one thing I've learned through this reflection is that taking one small step helps you to accept your new reality. I've read about how there are different stages of grief and I think it applies to all kinds of loss... including disappointment or not getting your way.

I'm not trying to belittle the loss of a loved one, or finding out you have a life-ending illness. There is no greater loss than that. Still, I find when I'm not getting my way or when things are not working out the way I had hoped, I find myself going through DABDA (Denial, Anger, Bargaining, Depression, Acceptance) in some fashion. Perhaps I'm all alone on my island with that, but maybe you've experienced something similar. (I spin around on "bargaining" for a good long while, as demonstrated above!)

Or maybe you are like my husband and you can just go with the flow and compromise with the best of them. Be flexible and agreeable and able to say, "I was wrong."

But I'm me, and this is one of my big works in progress.

I've found that taking a small step helps me learn to "accept my new reality."

For example, for several weeks, Scott and I have been trying to relocate to a new place and have had the worst luck finding housing. It's remarkable how bad it's been. It's almost like the universe is fighting against us — that we really shouldn't go there or something. I'm not saying we lost out on one apartment, we lost out on seven. SEVEN!

After the last rejection, I put this on Facebook: "Okay universe, I hear you. When you try to deny something, there always comes a point when you no longer can deny it. Acceptance is inevitable. Lesson of the day!"

It took 7 rounds of trying before I started to accept my new reality. "Giving up" out loud helped, but I finally started to feel better and really accept my "new reality" when I unsubscribed from the list of potential apartments that was emailed to me daily and told our housing agent we were moving on.

One little step really helps you inch towards acceptance.

So this Minimalist Monday, inch towards acceptance. If there is something you've been fighting or trying to deny, take a small step toward that acceptance.