Herbie of the Week: Darlene 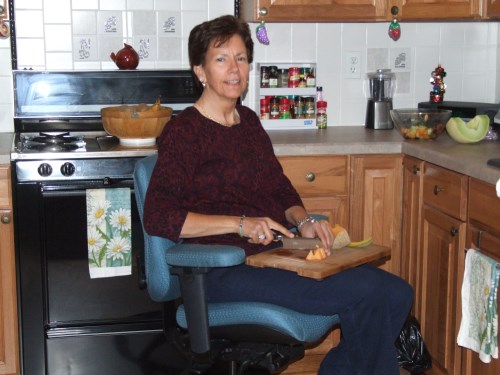 Meet our Herbie of the Week, Darlene. Through a plant-based diet, Darlene overcame crippling pain and depression with the added bonus of a 65-lb. weight loss!

HH: Can you tell us a little bit about your history with pain?

Many years ago, I became disabled when I injured my back while lifting a patient, working as a registered nurse in the intensive care unit. Subsequent surgeries made my back much worse. I worked for a while in an insurance company, but chronic pain interfered too much with my ability to work. My back pain became such an issue that a pain pump was implanted in me, delivering pain medication directly into my spinal canal. Chronic pain (and not being able to work) is such a difficult thing to deal with day after day, year after year, that it also lead to me becoming depressed.

I went through many years of medication trials and was diagnosed with Medication-Resistant Major Depression. Actually, one medication worked really well within one week's time but had to be stopped because of a potentially dangerous side effect. Over time, with continued back pain and depression, I gained a lot of weight. I found I felt better when I ate sweet food like ice cream and chocolate, although that feeling didn't last long and I wanted more to feel better. 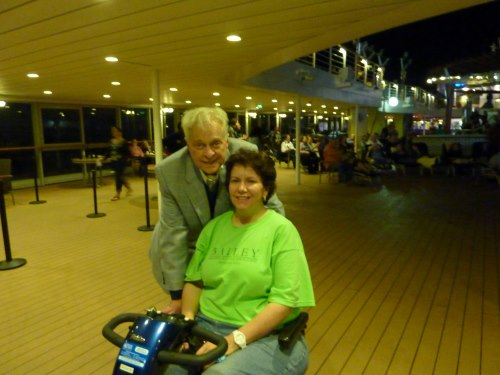 HH: Did the added weight affect your previous condition?

About three years ago, I began to walk with forearm crutches when walking became very difficult because of increased back pain. For longer distances, like in a large store, I needed to use a scooter. I found I lacked the strength to walk completely upright and walked with a stooped posture. It wasn't clear at the time, but this was all a result of gaining weight. Because it happened so gradually, it just seemed I was progressively getting worse. Making matters worse, I also fell during this time and broke my right knee (distal femur). I had to use a walker to get around for a couple of months. I was a mess!

HH: Can you elaborate?

Depression and impaired mobility led to increased eating and weight gain, which then led to increased pain and a further decreased mobility. I was on a vicious downhill spiral. I felt the only way to improve my situation was to lose weight, but that was a lot easier said than done. I tried a calorie restriction diet and lost 30 lbs. but then had to stop because I felt so tired that I felt ill. 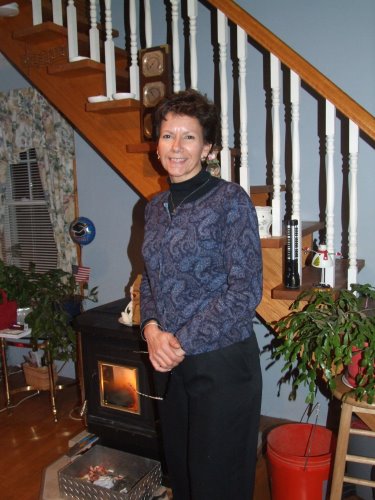 HH: So what changed? How did you find your way to a plant-based diet?

At about this time [Editorial Note: After losing 30 lbs. from calorie restriction but feeling ill], I discovered the movie Forks Over Knives and things began to change for the better.

About 20 years ago, I became what I considered a quasi-vegetarian for ethical reasons (as a result of PCRM's newsletters). I stopped eating all meat except for chicken. In nursing school, I had learned that for vegans, it was necessary to food combine at each meal in order to get all the essential protein and this was made to seem complicated [Editorial Note: This "theory" has long been abandoned by the nutrition community. Vegans do not need to combine foods. For more information, see our Herbie 101 Series:Nutrition post]. So I felt I needed to eat chicken on occasion in order to get enough protein.

When I watched FOK, I learned this was a myth. So it was so easy to give up chicken and eggs. Dairy was a bit harder, but I focused on my new knowledge that consuming dairy results in a metabolic acidosis, which the body compensates for by taking calcium from our bones. When I learned that it's the countries that consume a lot of dairy that get osteoporosis, I found it easier to give it up.

HH: Did you experience any other hurdles or challenges in adopting a plant-based diet?

What has been hard is the fact that cooking is generally done while standing and because of my back pain, I am not able stand for more than a minute or so. After my back injury, I had relied on microwaveable meals and processed food. I knew I had to adapt; so I began using an office chair with wheels around the kitchen to make my meals. I also further educated myself on plant-based nutrition and the amazing abilities of the body to heal itself. I began to read all I could on diet and health by Dr. McDougall, Dr. Barnard, Dr. Esselstyn, Dr Fuhrman and by T. Colin Campbell. I got your cookbooks and followed you, Engine 2 and others on Facebook for recipe ideas, support and information.

HH: Other than weight loss, have you experienced any other benefits?

Although I still have my chronic pain and back problems, amazing things began to happen. I  can now walk most places without crutches or a cane! My depression improved without medication and without side effects! Osteoarthritis pain in my knees also improved, although unfortunately, damage has been done to my right knee.  I had occasional heartburn that completely disappeared. I wasn't diabetic but my blood sugars were borderline and now are completely normal. I've had a few blood pressure readings over the past few years that were borderline, but now my readings are below 110 systolic. My cholesterol dropped from 178 to 139. I lost  65 lbs. since becoming plant-based in April for a total of 95 lbs. lost. I hope to lose an additional 20-30 lbs.

HH: Are your family and friends supportive?

My family and friends are supportive of my diet change as they are so happy to see such an improvement in my health. My 22-year-old nephew, Chris, had a similar dramatic weight loss about three years ago when he became vegan. He also educated himself a great deal about the dangers of the Standard American Diet on health. He lost over 100 lbs. and has kept it off. I wished he could have shared with me what he learned back then. Fortunately, I came to stumble upon this information myself. Our diets differ slightly in that his is gluten-free and mine is oil-free. For Christmas, I found some gluten-free recipes and made them without oil for the two of us. After having learned how foods can heal and being a nurse, I find it hard not to share this information with everyone I know.

HH: Thank you, Darlene, for sharing your story! We're so happy for you and Chris!