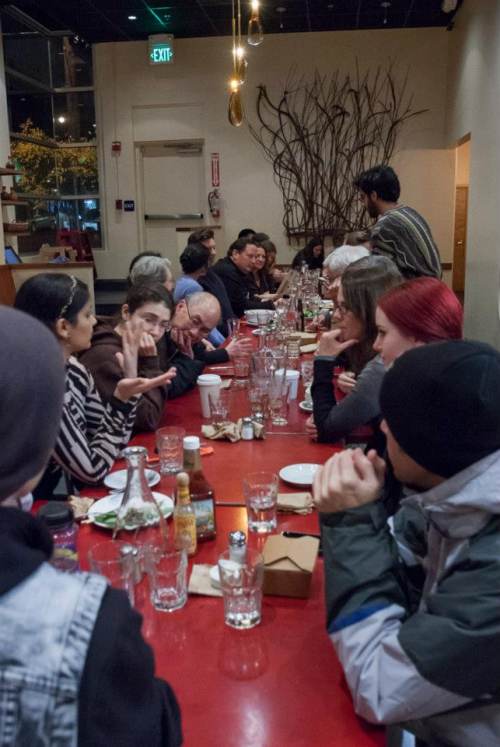 I was in the Bay Area the other weekend for two photo shoots (one for the cover of my next book due out Dec 2013!). In between shoots I was able to meet up with some local Herbies at Herbivore. Some 40+ herbies came out! It was such a great time and we pretty much took out half of the restaurant :) 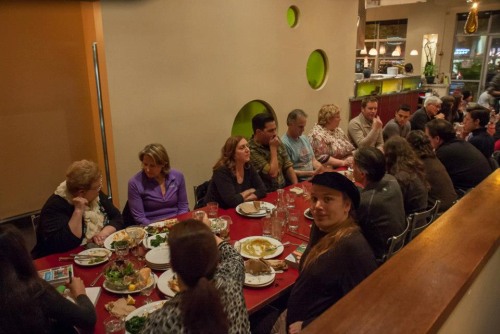 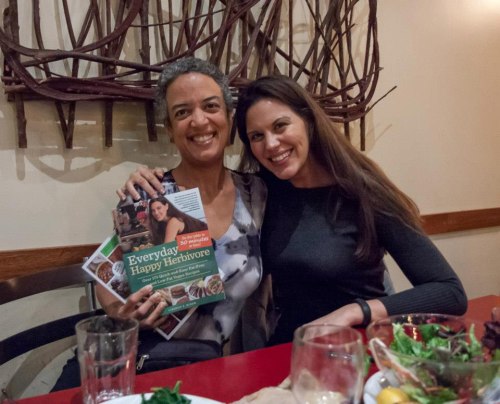 Lame as ever, I ordered a salad -- but it sounded so good! 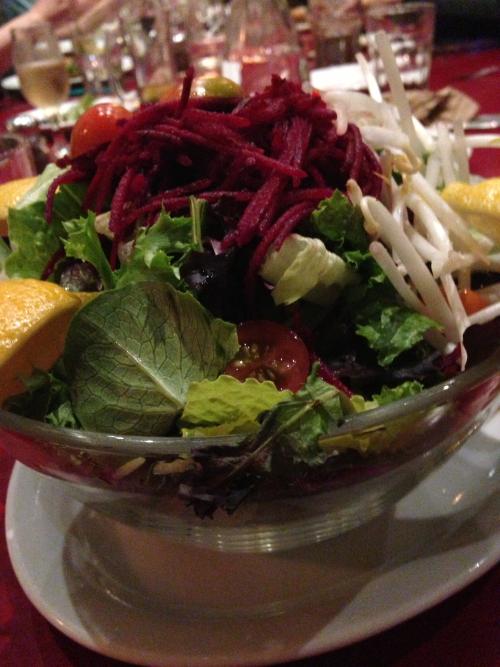 (and it was good!) It had all sorts of greens, sprouts, tomatoes mint, beets!!! I ordered it with lemons instead of the dressing it came with. It really was good! I wasn't sitting by Scott, which means he didn't remember to take a picture of his burrito!

Mark also gifted me with this homemade towel. I LOVE IT! It's what I'm always saying right? I think I need to make HH Tshirts!! 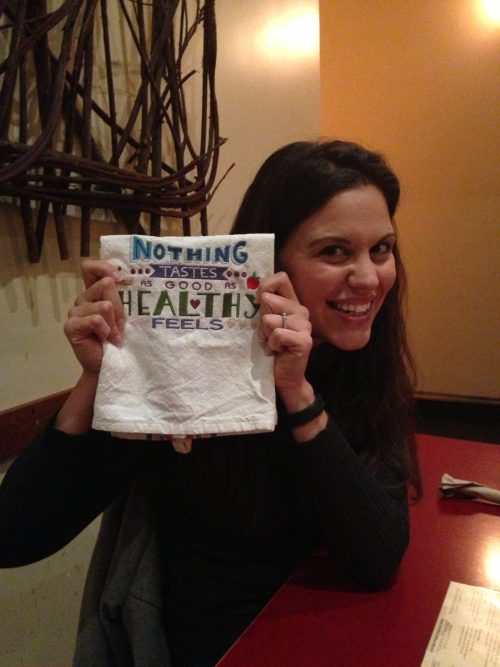 I also had a chance to get a quick bite with Scott and our friend Jon at Cha-Ya, an all-vegetarian Japanese restaurant. I'd visited Cha-Ya on a previous trip to San Fran and was happy to have a chance to visit them again. 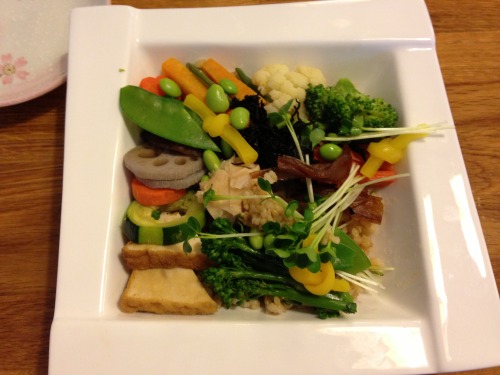 I ordered this salad (without dressing) that is even bigger than it looks! 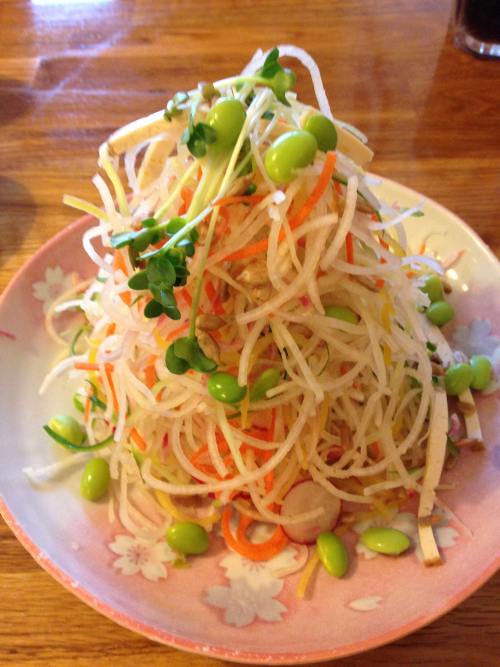 Finally, here are two pictures from the photo shoots -- Jon & I and me in the kitchen (for the cover of my new book!). 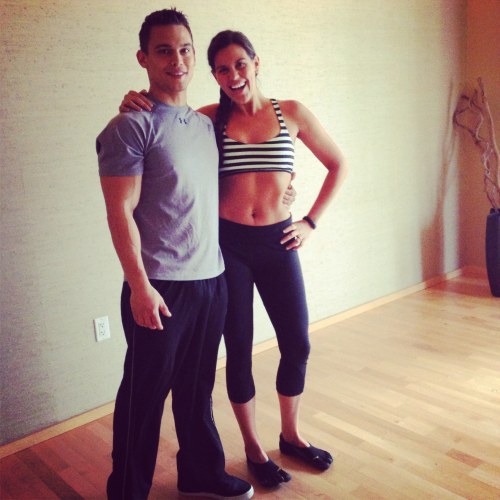 (I'm goofing off in this picture -- this isn't really the cover image!)